Spencer Dinwiddie scored 26 points and had a career-high 14 assists as the Brooklyn Nets snapped a seven-game losing streak with a 117-113 win over the Miami Heat on Friday night.

Jarrett Allen finished with 11 points and 11 rebounds for his team-high 17th double-double of the season. 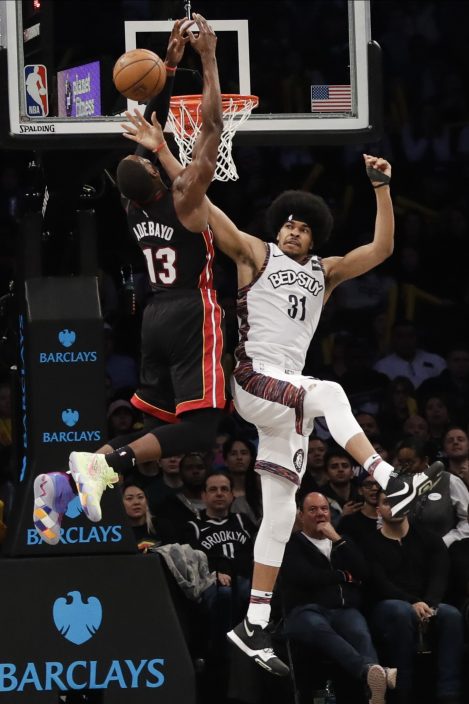 Miami's Duncan Robinson missed a 3-pointer from the corner with 5.7 seconds left.

Lonzo Ball had 15 points and 11 assists, and Josh Hart added 13 points and 10 rebounds as the Pelicans won for the seventh time in nine games.

Taj Gibson led the Knicks with a season-high 19 points, shooting 8 for 8 from the field. RJ Barrett scored 16 points, and Reggie Bullock and Elfrid Payton finished with 15.

Atlanta, which has the worst record in the NBA, lost for the 14th time in 16 games. Trae Young, who had 42 points in a defeat to Houston on Wednesday, led the Hawks with 19 points.

John Collins had his second straight double-double with 15 points and 15 rebounds for Atlanta, and Alex Len had 10 points and 14 rebounds.

A woman wearing vinyl gloves on a ...

Factories that make the world’s sm ...