The compliments have been pouring in for a Paris Saint-Germain strike force nicknamed the Fantastic Four because of its destructive impact.

Led by Neymar and Kylian Mbappé, but very ably supported by winger Angel Di Maria and prolific poacher Mauro Icardi, the four have notched 32 goals in the past seven games.

It's not hard to see why they are revered by fans and French media, hence the nickname. the four have been working so well together that coach Thomas Tuchel has even seen fit to leave PSG's 198-goal, all-time leading scorer Edinson Cavani on the bench. 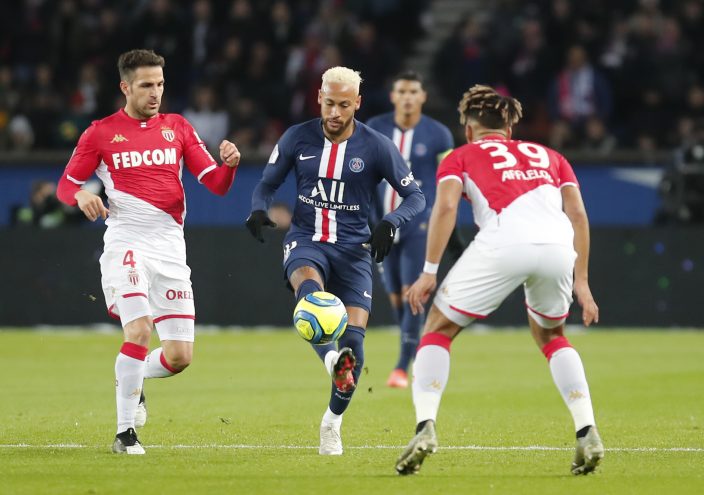 Yet the Fantastic Four's honeymoon period could be coming to an end after Monaco spoiled the party on Sunday night with a 3-3 draw.

This was the first time for several weeks that PSG had been tested by a highly skilled and quick side, and the way Monaco carved holes in PSG's defense will have been noticed by Europe's bigger clubs.

Not least by free-scoring Borussia Dortmund, PSG's opponent in the last 16 of the Champions League. Because for all of PSG's undoubted attacking might, the defense remains worryingly fragile. 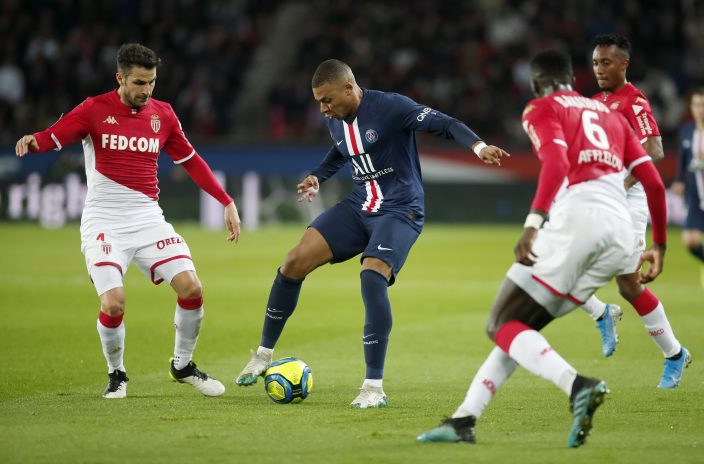 This will be a concern for Tuchel, especially since cash-rich PSG has not reached the quarterfinals of the Champions League in the last three seasons and he is under pressure to ensure at least progress into the last eight.

But the defending against Monaco, a side long on attacking flair yet only eighth in the French league, looked muddled, hasty and even panicky. A team with more self-belief would doubtless have come away with a victory.

Every time Monaco attacked at speed, combining with quick passes or stretching the back line by switching flanks, a sense of panic invaded a creaking PSG defense marshaled by 35-year-old Brazilian center half Thiago Silva.

Monaco had enough chances to win, and Silva was perhaps fortunate his handball late during a Monaco corner went unpunished when a penalty should logically have been given.

It was the first time PSG has conceded three goals this season, and not since May 2012 has PSG conceded twice inside the first 15 minutes of a league game.

Monaco's 16 shots, meanwhile, was the highest allowed by PSG since October 2018.

It was not all the defense's fault, which is where Tuchel needs to be more decisive.

Playing with the Fantastic Four is very entertaining to watch but it means the side is top-heavy in attack, which in turn impacts on the midfield and that can mean less help for the defense.

Tuchel has some thinking to do over whether to continue playing his four forwards together.

Had it been a boxing contest, he would have beaten his opposite number Tuchel on points.

Moreno then protected the draw by taking off his best player, the French league's 14-goal top scorer Wissam Ben Yedder, and replaced him with Adrien Silva for the last 10 minutes.

The combative midfielder Silva won tackles, selflessly harried and put himself about, thus taking the pressure off a tired Monaco side.

By contrast, Tuchel appeared too conservative in his decision making.

Striker Icardi had a very quiet game yet Tuchel kept him on until the 86th minute. When Cavani replaced Icardi in the 86th it immediately galvanized PSG, but it was too late to unsettle Monaco which had by now gained in confidence.

Moreno said he was not overawed by playing at defending champion PSG, and such self-belief may have rubbed off on his players.

“I don’t think it’s a problem playing at Parc des Princes. If you want to play with style you can do that anywhere,“ he said on French TV. “That's what I said to my players: that we can win every game.“

Next stop is on Wednesday at Stade Louis II, where Monaco faces PSG again.

Reinforced attack is no remedy for Monaco's problem defense