Quique Setién’s first task at Barcelona will be a difficult one: Replace injured striker Luis Suárez.

Just before Setién arrived at the Camp Nou, Suárez was ruled out for fourth months with a knee injury, and now it will be up to the new coach to keep Barcelona’s attack thriving without the prolific Uruguay forward.

Suárez, who underwent surgery on his right knee last Sunday, was Barcelona’s second-leading scorer this season with 14 goals, behind only Lionel Messi. 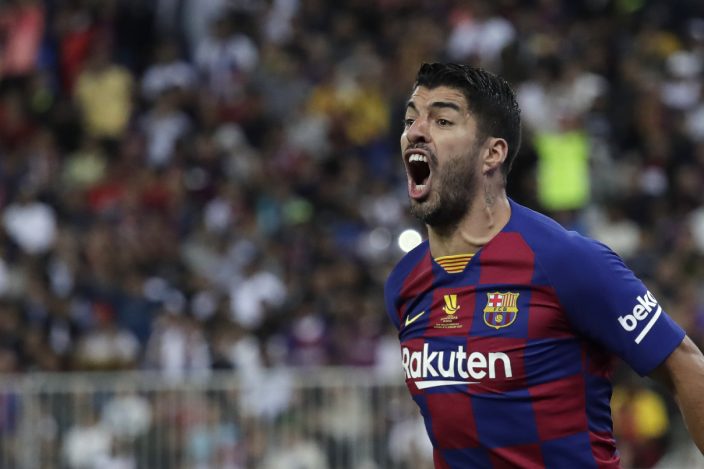 Suárez didn’t play in the beginning of the season because of another injury, but since his return he had missed only one game — against Slavia Prague in the group stage of the Champions League in November.

Setién has few options in the squad to replace Suárez.

Ousmane Dembele — usually the team’s first reserve in attack — also is out injured, meaning Setién will likely have to rely on Messi and Antoine Griezmann, with the sporadic support of youngsters Ansu Fati and Carles Aleñá. 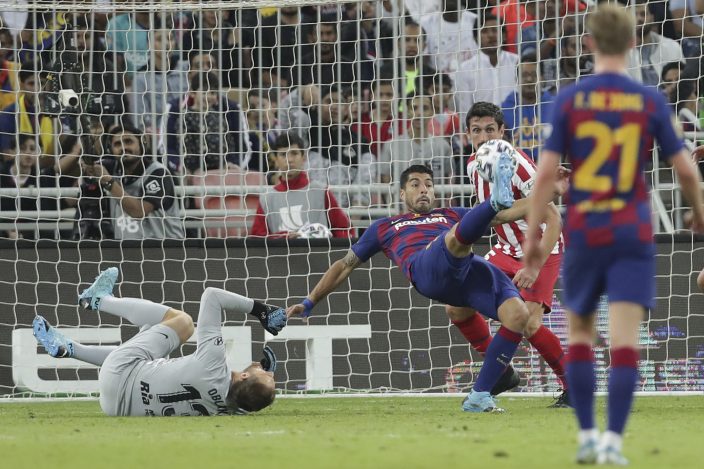 The team could also sign another striker in the current transfer window to help make up for Suárez’s absence, but for now Setién will have to be creative.

“Obviously it’s a concern because there is an important player who is injured,” Setién said Tuesday after being introduced as Ernesto Valverde’s replacement. “But we have to think about the players that we have available. That’s what really matters right now.”

Setién could change the team’s usual 4-3-3 tactical scheme at some point, which could help accommodate Suárez’s absence. A solution could be to use Messi as a “false” No. 9 up front.

The 61-year-old Setién, who was without a club since leaving Real Betis at the end of last season, has his first game in charge of Barcelona on Sunday, when the team hosts Granada in the Spanish league. The Catalan club leads the league ahead of Real Madrid on goal difference. It has drawn three of its last four league games.

Setién has scheduled a practice session for the morning of the match, something players were not accustomed to during Valverde's time.

The coach will likely be able to count on the return of Marc-André ter Stegen on Sunday. The goalkeeper has yet to play this year because of a knee ailment.

Setién’s first surprise move in charge of Barcelona could be to call up youngster Riqui Puig to the first team.

The 20-year-old midfielder had few chances under Valverde last year, but there are signs he may be part of Setién’s plans.

He practiced with the main squad in Setién’s first session on Tuesday, receiving close attention from the new coach. Puig also was left out of the list of players selected for the “B” team’s game this week, another indication he could join the first team against Granada.

“I always look at the academy players. It is important to keep the first-team players from relaxing,” Setién said. “I’ve always maintained that if they keep progressing and earn their chance, they will be allowed to be part of the first team.”

Setién never hid his admiration for Messi, calling him the best player in history, but he doesn't think that will affect the relationship between the coach and the player.

“I’ve told him that admiration is one thing, reality is another thing,” Setién said. “I’m certain that our relationship will be extraordinary, but with everyone knowing their place.”

Coronavirus fear touches off a global run on face masks

Fear of the spreading coronavirus ...