Sean Kuraly and Par Lindholm also scored for the Bruins and Brad Marchand added an empty-net goal in the final minute.

Sidney Crosby scored for the Penguins just 24 seconds into the game, but Jaroslav Halak shut out Pittsburgh the rest of the way. Halak made 29 saves as Boston improved to 2-0 against the Penguins and ended Pittsburgh’s four-game winning streak. 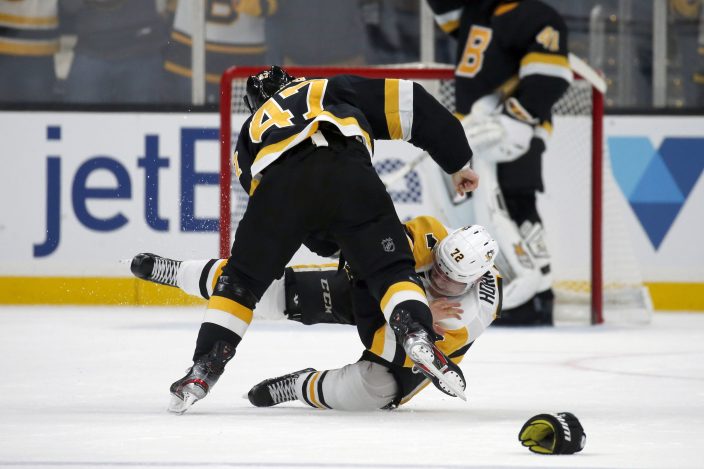 Crosby was playing for the second time since returning Tuesday after missing 28 games following abdominal surgery.

Tristan Jarry had 26 saves for Pittsburgh, which hosts Boston in the third meeting of the Eastern Conference contenders on Sunday.

Boston led 2-1 after two and extended the lead 3:19 into the third when Bergeron beat Jarry on a long wrist shot. Pastrnak got an assist on the play and added another when Marchand scored on an empty net with 53 seconds left to play. 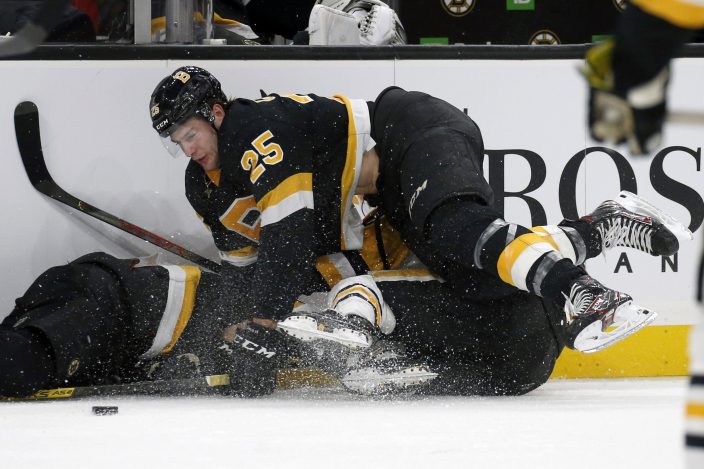 Crosby scored his seventh on the game’s first shot, beating Halak on a slap shot from the top of the left circle.

Pittsburgh’s fast start didn’t last. Kuraly tied it at 10:03 on a shot that deflected off a Penguins’ defenseman and Lindholm put Boston up 2-1 just 2:13 later when he redirected a shot by Kuhlman after the Bruins forced a turnover in Pittsburgh’s zone.

After outshooting Boston 12-10 in the first period, the Penguins didn’t record a shot on goal in the second until Halak stopped a tip by Teddy Blueger with 6:50 left in the period. Although he wasn’t tested much in the period, Halak made four huge saves in the final seconds when he stopped Bryan Rust on a 2-on-1, then three rebound attempts by Zach Aston-Reese.

Halak came up big again late in the third as he kept a flurry of shots from crossing the goal line.

NOTES: The Bruins honored goalie Tuukka Rask before the game for playing in his 500th career game, a milestone he reached earlier this season. Rask was out of the lineup after taking an elbow to the head Tuesday at Columbus. ... Crosby has two goals and three assists in two games since returning from his two-month layoff. 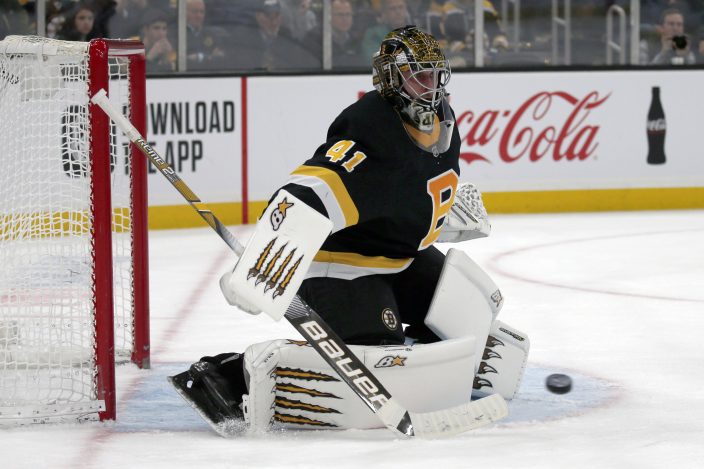 Boston Bruins goaltender Jaroslav Halak (41) makes a pad save during the third period of an NHL hockey game against the Pittsburgh Penguins, Thursday, Jan. 16, 2020, in Boston. (AP PhotoMary Schwalm) 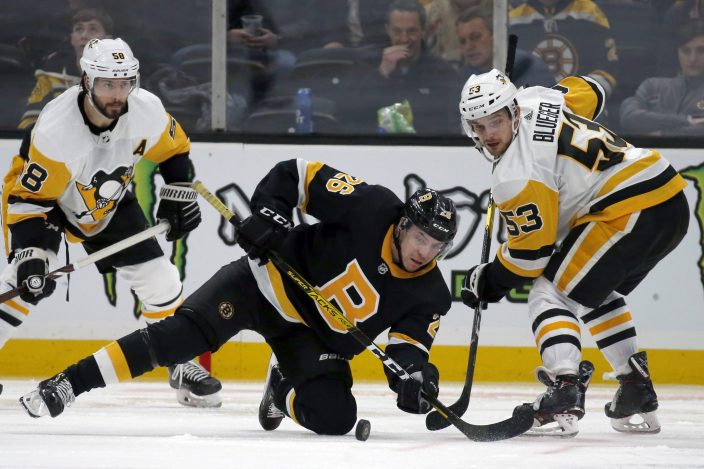