Philipp Grubauer made 27 saves for his first shutout of the season and the Colorado Avalanche got goals from four different players in a 4-0 win over the San Jose Sharks on Thursday night.

It was Grubauer's third shutout since joining Colorado in the summer of 2018 and his first since March 9, 2019, against Buffalo. Grubauer now has two shutouts in six games against San Jose.

Valeri Nichushkin scored in the first minute of the game and Cale Makar added a goal in the final seconds of the first period. Ryan Graves and Matt Calvert also scored for Colorado. The Avalanche ended a four-game regular-season losing streak against the Sharks. 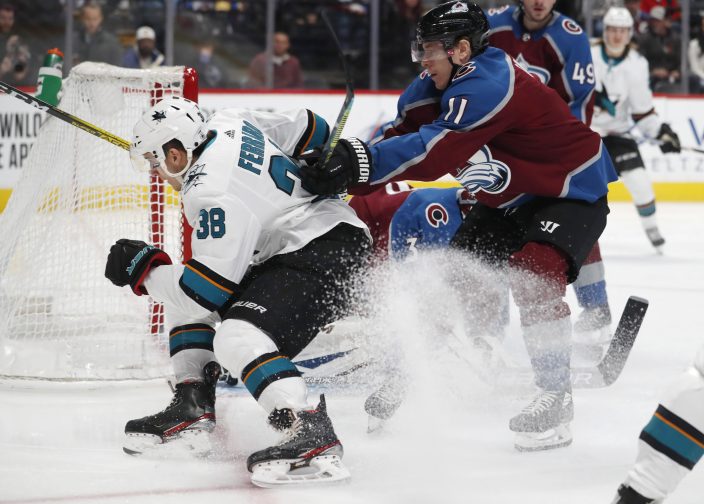 Colorado was 0-2-2 in its previous four games, squandering a third-period lead in the last two and losing in overtime.

These teams met in the second round of the 2019 playoffs, with San Jose winning in seven games. Grubauer had a 32-save shutout in Game 4 of that series.

Thursday's game wasn't as close the playoff series after Nichushkin beat goalie Martin Jones just 45 seconds into the game. Makar gave Colorado a two-goal lead when his slap shot off a faceoff win by Nazem Kadri got by Jones with 2.8 seconds left in the first. It was the rookie defenseman's 10th of the season. 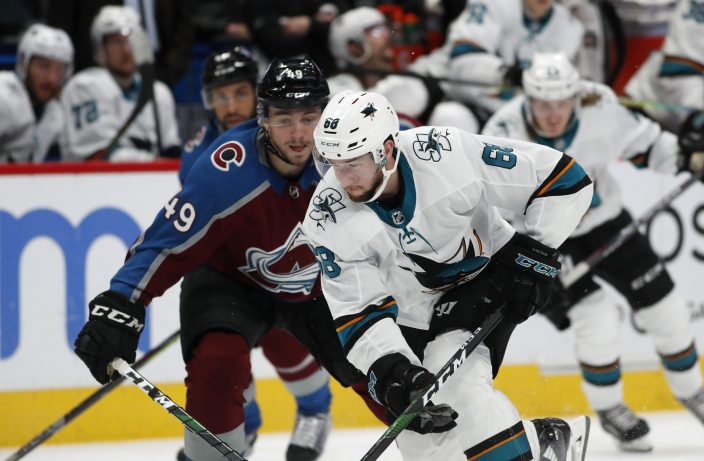 Graves made it 3-0 when he scored off another faceoff win at 9:59 of the second, and 2:43 later Calvert scored a short-handed goal to give Colorado a four-goal lead with his 12th of the season. 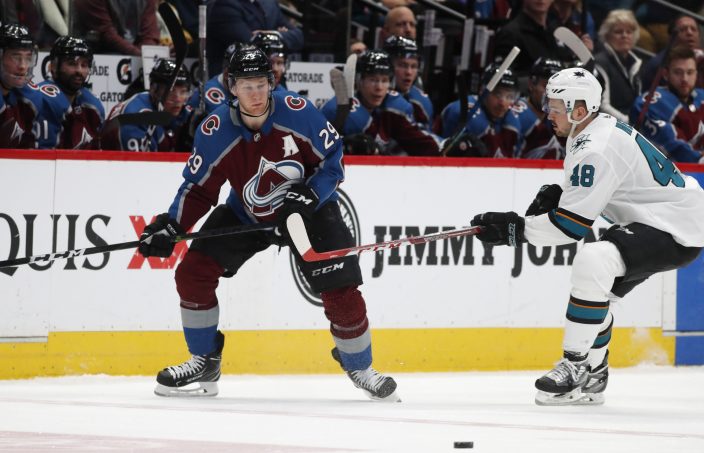 Sharks: At the Vancouver Canucks on Saturday night. 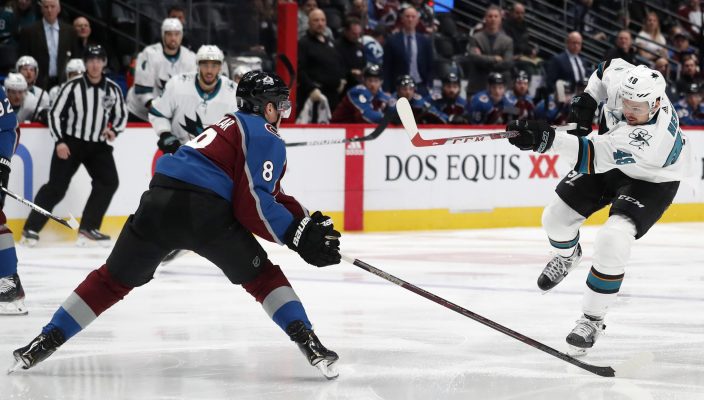 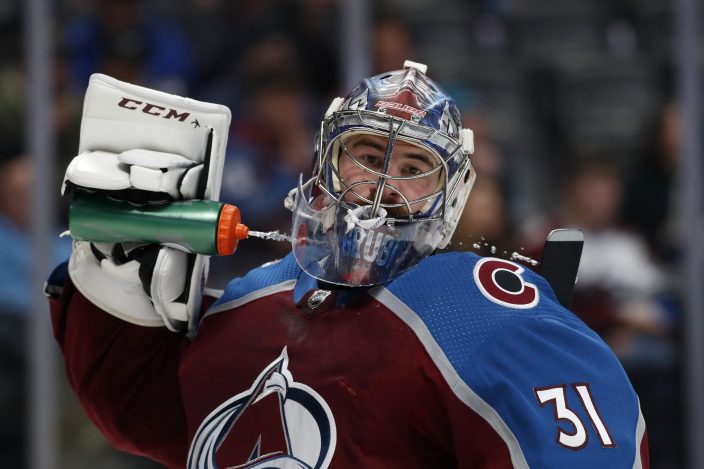 Colorado Avalanche goaltender Philipp Grubauer cools down during a timeout in the second period of the team's NHL hockey game against the San Jose Sharks on Thursday, Jan. 16, 2020, in Denver. (AP PhotoDavid Zalubowski)

The Detroit Pistons and Reggie Jac ...

MacKinnon, Avs beat Sharks 3-0 in Game 4 to even series

Pavelski, Burns get 4 points each as Sharks beat Avs 5-4