Leonard also had five rebounds and five assists in his fourth consecutive game with at least 30 points. He was 12 for 20 from the field.

The Clippers placed seven players in double figures and led by many as 23 in their fourth win in five games. Landry Shamet scored 13 points, and JaMychal Green finished with 11 points and 13 rebounds. 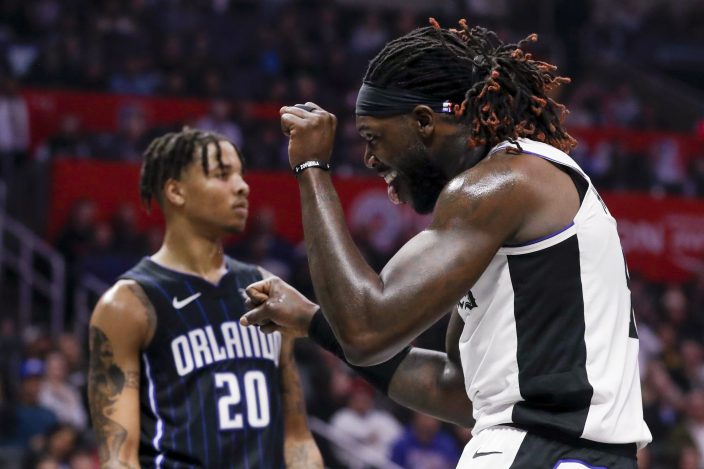 Nikola Vucevic had 22 points and nine rebounds and Aaron Gordon scored 20 points, but the Magic were unable to keep up with the Clippers while playing in Los Angeles for the second time in two nights. Orlando ended the Lakers’ nine-game winning streak with a victory Wednesday.

Leonard’s four consecutive offensive-minded games have coincided with Paul George’s absence because of a strained left hamstring. He got the Clippers going early, scoring 22 points to help Los Angeles to a 67-48 lead at the break.

The Clippers improved to 11-1 when Leonard scores 30 or more points. He is the first Clippers player with four consecutive games of at least 30 since Elton Brand in 2006. 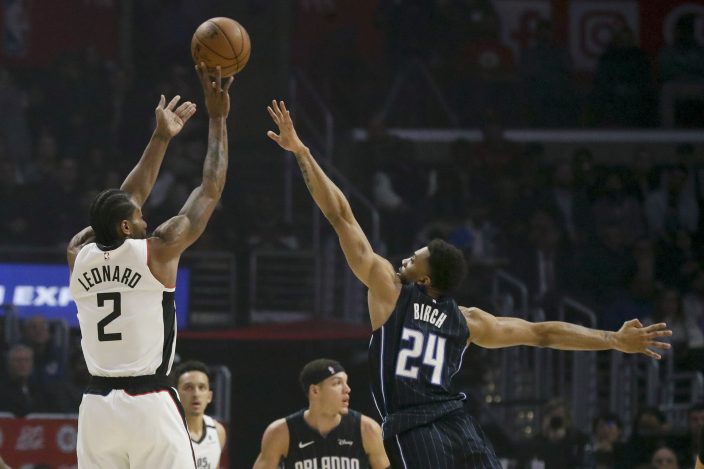 After missing his first game of the season Wednesday because of a right quad contusion, the Magic’s Evan Fournier had 15 points. Markelle Fultz had 11 points one night after recording his second career triple-double.

Green helped the Clippers to a 59-42 rebounding advantage. The Clippers also had a 52-32 advantage in points in the paint and a 59-27 lead in bench points.

Magic: G D.J. Augustin did not play for the third time in four games because of a bruised left knee. ... G Michael Carter-Williams also was out for the 13th consecutive game with a sprained left shoulder. ... Terrence Ross scored 16 points on 5-for-15 shooting.

Clippers: Lou Williams also scored 11 points. ... George is expected to travel with the team when it heads out on the extended trip starting Saturday at New Orleans, but his return has not been determined. ... F Maurice Harkless left with a sore lower back after playing 13 minutes.