The Olympic rings have arrived in Tokyo.

They sailed into Tokyo Bay on Friday on a barge and will stay there until the Olympics open on July 24 and close on Aug. 9.

The blue, black, red, yellow, and green rings will be replaced after that by the symbol for the Paralympics Games, which open on Aug. 25. 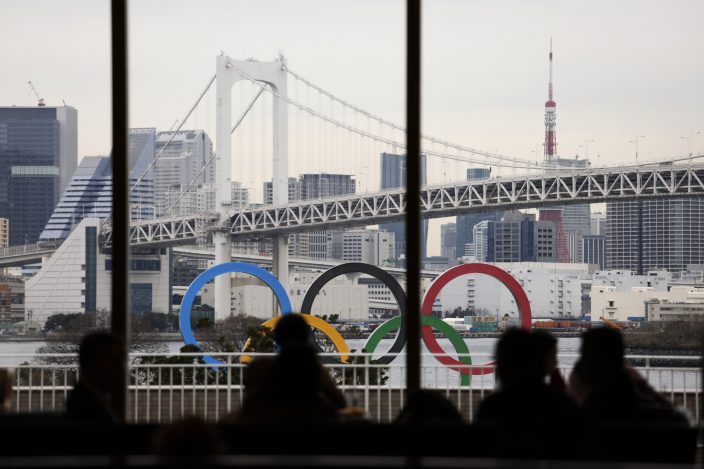 People dine in a hotel restaurant as the Olympic Rings float in the water near the Rainbow Bridge Friday, Jan. 17, 2020, in Tokyo. (AP PhotoJae C. Hong)

The symbol for the Paralympics is called “agitos,”which resembles three brush strokes in red, blue, and green. The word in Latin means "I move."

“We decided to install the Olympic rings at this time because we wanted to do it first thing in the Olympic year," said Kenichi Kimura, an Olympic official with the Tokyo Metropolitan Government. 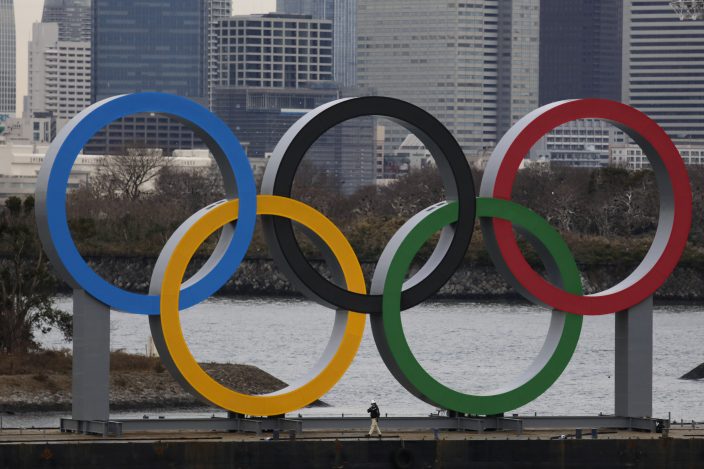 A worker is dwarfed by the Olympics Rings on a barge Friday, Jan. 17, 2020, in the Odaiba district of Tokyo. (AP PhotoJae C. Hong)

The location of the rings in Tokyo Bay is the Odaiba Marine Park, which is the venue for triathlon and distance swimming. The venue is a made-for television location, with a view across the water of the Tokyo skyline and the Tokyo's Rainbow bridge.

Many of Tokyo's venues are located around the bay.

The rings will be the center of attention on Jan. 24 when Tokyo will note its six-months-to-go milestone with a fireworks display. 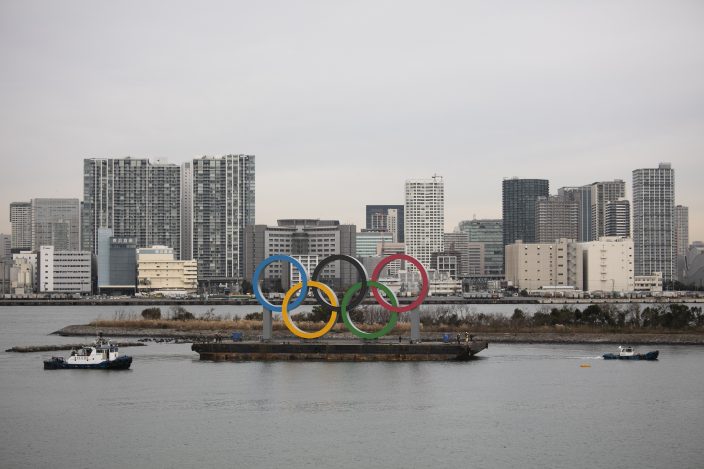 A barge carrying the Olympic Rings floats in the water Friday, Jan. 17, 2020, in the Odaiba district of Tokyo. (AP PhotoJae C. Hong) 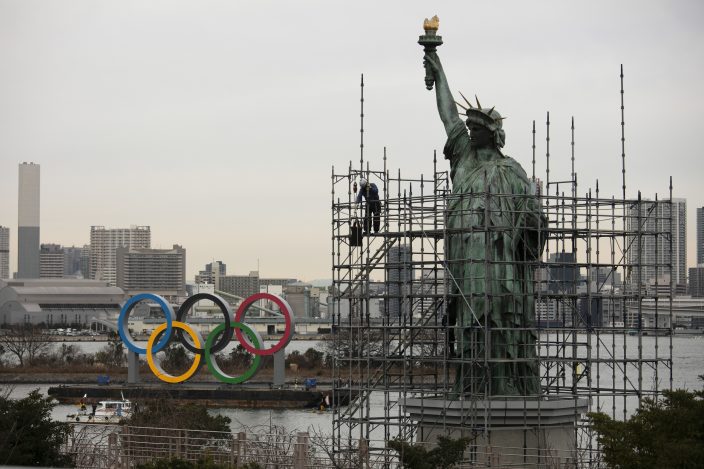 A worker installs scaffolding on the Statue of Liberty replica as a barge carrying the Olympic Rings floats in the water Friday, Jan. 17, 2020, in the Odaiba district of Tokyo. (AP PhotoJae C. Hong)