AJ Hinch, Alex Cora and Carlos Beltrán are casualties, a triple play of hubris. At the cutting edge with the Houston Astros, now they have been cut. Their sign-stealing system exposed, all three managers were deposed within a whirlwind 72 hours this week that raised questions about the prevalence of the sport's rule breakers.

What's next in a game grappling with innovation and plagued by paranoia? 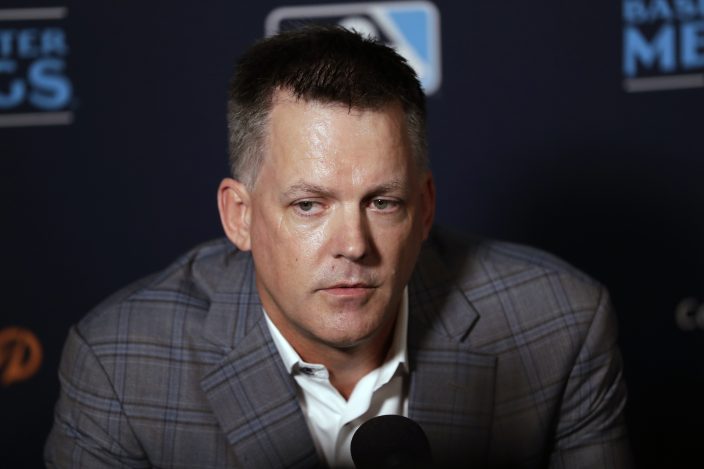 Video rooms and dugouts are now monitored by Major League Baseball, like proctors pacing an exam room to stifle students' temptation to cheat. Bench and bullpen telephones are monitored, Big Brother in the commissioner's office listening in to assure compliance. Television feeds in clubhouses were ordered to be delayed by a minimum 8 seconds last year to prevent prying eyes from decoding signals in real time.

Should hitters be blocked from reviewing their plate appearances between at-bats? Sure, it helps them detect flaws in their approach. But they also might see a sequence of the catcher's fingers that tip pitches.

These are the types of questions MLB executives in the sport's new Rockefeller Center offices are thinking about as spring training approaches. Commissioner Rob Manfred's one-season suspensions of Hinch and Houston general manager Jeff Luhnow signaled the harsh repercussions.

"It's a serious problem for baseball, the merging of technology and an ancient game. It seems to me that cheating — and this was clearly cheating — had to be stepped on very firmly," former Commissioner Fay Vincent said. "Technology presents a challenge as well as an opportunity, and it also seems to me that cheating has become endemic throughout our culture, and this is a very good sign for baseball to say we're not going to put up with it."

Infield shifts, upper cuts and quick hooks became the norm in the 2010s as programmers prevailed over scouts. Paranoia proliferated, fear opponents had found the secret sauce to success, within the rules or not.

Already worried about dwindling attendance, accusations of tanking, lengthening games and the rise of the Three True Outcomes, executives fret over how to rein in some of the most competitive people on the planet who drive billion-dollar businesses with the goal of outsmarting each other to come out on top.

Hinch's decision not to stop his Astros' players from stealing signs cost him his job, and Manfred questioned Luhnow's protestation that he knew nothing. Cora was Houston's bench coach in 2017 and Beltrán the Astros' senior player, a Crash Davis type seeking one last moment of glory at age 40 and in his 20th big league season rewarded with his first title ring.

But their roles as renegade ringleaders caught up with them, both identified by Manfred as culprits. Cora had gone on to become Boston's manager and led the Red Sox to the 2018 World Series championship. Beltrán was hired by the Mets in November. When Oakland pitcher Mike Fiers went public in November to The Athletic about sign stealing during his Astros days, he wound up taking out 10% of the big league managers, exposing a dark side ambition that became a blemish.

"That sort of behavior is not acceptable," Red Sox chairman Tom Werner said.

Boston jettisoned Cora one day after Manfred's report. CEO Sam Kennedy maintained "it was ultimately an easy decision for the Red Sox and for Alex."

While Cora appears certain to be suspended for his actions in Houston, Beltrán was not disciplined because he was a player at the time of the transgression, not part of management. Mets executives delayed their decision until Thursday, leaving the appearance of uncertainty.

"Make no mistake, it's been difficult for everyone involved," general manager Brodie Van Wagenen said.

Baseball lore includes Koppett's Law, named after the late reporter Leonard Koppett, who decreed that the most likely outcome is the one that causes the greatest inconvenience to the most people. It is cited when postseason results lead to cumbersome travel.

Moore's Law has become of even more import. Gordon Moore, co-founder of Fairchild Semiconductor and CEO of Intel, wrote in 1965 that the number of transistors in an integrated circuit would double every year, a figure he revised in 1975 to every two years.

Algorithms have led to fixation on velocity, spin rates and launch angles, created handheld devices used to measure mechanics from the majors down to youth ball. Teams worry whether zoom lenses are spying on them. Some clubs have been rumored to sweep clubhouses on the road, leery of listening devices.

From the Black Sox who threw the 1919 World Series, to the Color Barrier that didn't end until 1947, to Pete Rose's gambling and the swollen Steroids Era sluggers of the 1990s and early 2000s, tarnish has been a part of baseball along with triumph. This time, it's high tech that has awakened low motives.