As wildfires continue to burn in parts of Australia, the country's Grand Slam tournament explained its recently developed air quality policy, saying it was based on a scientific analysis of something called "fine particulate matter rating" -- but also giving the tournament referee the right to start or stop matches "at his or her absolute discretion."

Australian Open organizers released the policy Friday, three days before the beginning of main-draw action, following complaints from some players who questioned whether qualifying matches should have been held this week even though Melbourne's air quality was among the worst in the world because of smoke arriving from fires about 100 miles east of the city.

On Tuesday, one player collapsed to her knees while coughing heavily; another sought medical attention because he was having trouble breathing. 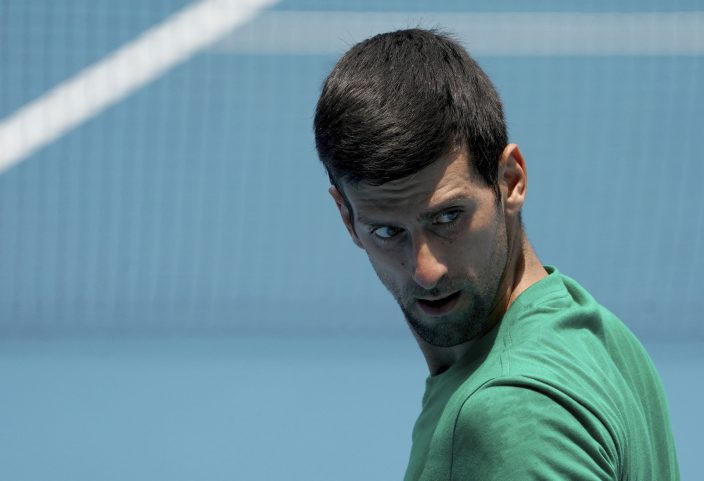 Friday's statement said measurements of the air quality are made throughout each day of play, and conditions will be rated on a scale of 1 to 5, with 1 being "good playing conditions," and 5 representing conditions so bad that competition will be suspended -- but even then, not immediately.

Instead, the policy says the break will arrive only after a set reaches an even number of games or an in-progress tiebreaker is completed.

And then the policy goes on to say: “At any point the Referee may decide to suspend, maintain or resume match play in accordance with this policy and at his or her absolute discretion, taking into account advice from onsite medical experts, visibility, forecast changes to weather conditions and any other factors deemed relevant to the overall assessment of air quality.”

At the three arenas with retractable roofs, play will be halted so the stadiums can be covered, and play may resume once that court's air quality rating drops below 5.

When a suspended match resumes, players will be given at least 30 minutes' notice before needing to be back on court.

More than two dozen people and millions of animals have been killed in the fires around the continent.