The airline Hong Kong Express has apologized for having required some female passengers bound for the U.S. territory of Saipan to take pregnancy tests.

The low-cost carrier said in a statement Friday that it began requiring such tests in February 2019, after concerns were raised by Saipan authorities, to ensure U.S. immigration laws were not “undermined."

“We would like to apologize unreservedly to anyone who has been affected by this,” it said. 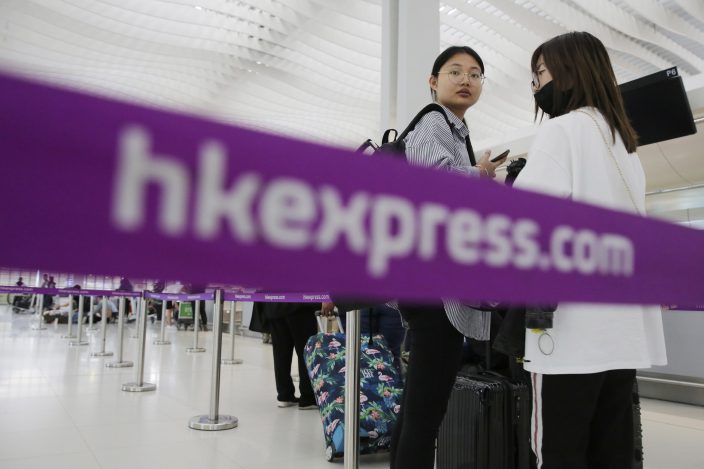 FILE - In this March 26, 2019 file photo, passengers wait at the check-in counter of Hong Kong Express Airways at the Hong Kong International Airport. The airline Hong Kong Express has apologized Friday, Jan. 17, 2020 for having required some female passengers bound for the U.S. territory of Saipan to take pregnancy tests. (AP PhotoKin Cheung, File)

“Under our new management, we recognize the significant concerns this practice has caused. We have immediately suspended the practice while we review it," it said.

The U.S. has been seeking to prevent travelers, especially from China, from heading to Saipan and other American territories to give birth and potentially gain U.S. citizenship for their babies.

The issue surfaced after a Japanese passenger complained late last year that she felt “humiliated" when she was required to undergo such a test while traveling to the island.

Midori Nishida, who lives in Tokyo but grew up in Saipan, said that while preparing to board her flight she was taken to a public restroom and handed a pregnancy test, which came out negative.

“Satisfied that I had no baby in me, the airline staff finally issued me a boarding pass," Nishida said in comments published by the Saipan Tribune.

“I am truly appalled by the entire situation," she said, saying she usually looked forward to visiting Saipan and seeing family and friends. “But after this incident, I can only think of how I will be suspected, investigated, and humiliated before I can return to a place I consider home."