Joe Biden has secured a weighty Deep South endorsement for his presidential campaign, with Alabama’s lone Democratic House member on Friday announcing her support for the former vice president.

A Selma, Alabama, native whose congressional district includes seminal sites of the civil rights movement, Sewell told The Associated Press ahead of her announcement it was no coincidence she chose the weekend of Martin Luther King’s birthday observance to make public her 2020 choice. 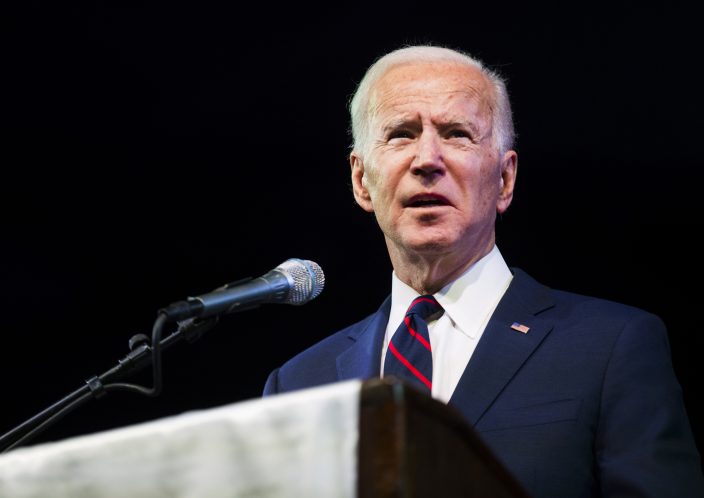 Biden, she continued, “has a proven track record of furthering what Dr. King fought for” and can “protect that legacy” because he can appeal across the racial and ideological spectrum.

“Joe has a special combination of vast experience, respectability and authenticity that is well-received by Republicans and Democrats and globally by our allies and foes,” the fifth-term congresswoman said. Quoting her mother, she added, “Joe can talk to anyone.” 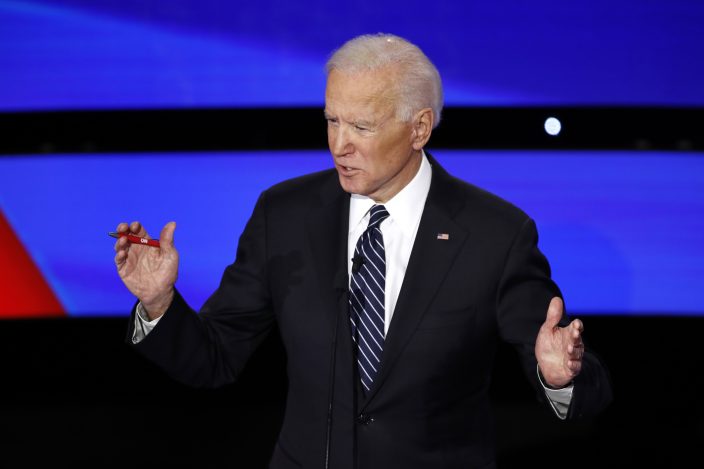 Sewell will campaign this weekend with Biden in South Carolina, which hosts the South's first presidential primary on Feb. 29.

Biden now has virtually swept the most coveted endorsements among Alabama Democrats. Sen. Doug Jones is among his earliest supporters, and he recently picked up the endorsement of Birmingham Mayor Randall Woodfin, a coup for Biden given the 38-year-old mayor’s relationship with 2020 candidate Bernie Sanders. The Vermont senator helped Woodfin in his upset mayoral bid, helping him defeat a two-term incumbent backed by establishment Democrats, including Sewell.

The 55-year-old congresswoman’s mother, Nancy Sewell, added her endorsement Monday, as well. She was the first black woman on the Selma City Council, elected in the decades following the Selma-to-Montgomery marches for voting rights.

Alabama, where African Americans are expected to cast a majority of primary ballots, has 52 Democratic pledged delegates at stake, part of the 1,357 up for grabs on Super Tuesday. That’s about a third of the party's pledged delegates nationally. Biden is in a cluster atop polls in Iowa and New Hampshire, the two overwhelmingly white states that begin 2020 voting in early February. But polls consistently show him with a wide lead among black voters who make up significant portions of the states that follow, starting with Nevada and South Carolina and continuing through the Super Tuesday slate.

Sewell praised the diversity of Democrats’ historically large field and said it “saddens” her to see black candidates drop out. But Sewell said the hand-wringing over Democrats’ all-white slate of remaining top contenders misses Biden’s appeal and deep connections in the black community, especially among older African Americans and black women.

That’s even more important, Sewell continued, given increasingly overt racism in American society. “Trump has given people a license to be racist, sexist, misogynistic — out loud,” Sewell said. “My district longs for a normality and stability again, and they know Joe Biden. He is a well-worn shoe we are comfortable with and who we know will fight for our values.”

Sewell pointed specifically to Biden's work reauthorizing the Voting Rights Act of 1965 in the 1970s as a young Delaware senator and his efforts as vice president to protect federal money for historically black colleges and universities. Sewell acknowledged the criticisms some younger black activists level at Biden over a legislative record that includes him criticizing busing as a school desegregation tool in the 1970s and his lead role in passage of the 1994 crime law now considered an aggravating factor in mass incarceration.

“No long-serving elected official has a perfect legislative record. None of us do,” Sewell said, arguing Biden’s legislative experience is a net plus and means he can deliver more meaningful progress on issues including health care and income inequality, even if some of his proposals aren’t as far-reaching as those from Sanders or Massachusetts Sen. Elizabeth Warren.

“I like and respect all our candidates; any of them would be better than Donald Trump,” Sewell said. “But Joe can win these battles."

Even as President Donald Trump ren ...