The Premier League has advised its referees to use sideline monitors to make a final ruling on red card decisions.

Through 22 rounds of the first Premier League season with video review, referees have not gone over to the screens at any point to watch replays after being told to use them sparingly. Instead, referees have been relying on feedback from the video assistant referee in a London control room.

But officials were reminded at a meeting of Premier League referees this week that they should go over to what is known as the “referee review area” when VAR suggests upgrading a yellow card to a red or downgrading a red to a yellow. 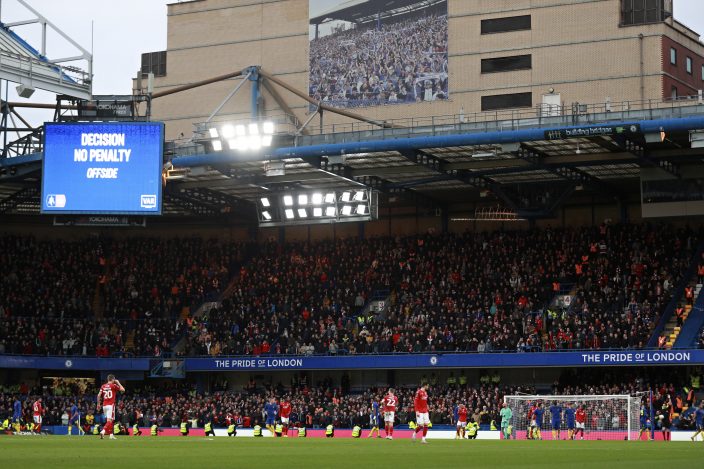 The video screen announces that after VAR review no penalty is awarded to Nottingham Forest for a foul in the box by Chelsea's Fikayo Tomori during an English FA Cup third round soccer match between Chelsea and Nottingham Forest at Stamford Bridge in London, Sunday, Jan. 5, 2020. (AP PhotoIan Walton)

It has been a more familiar sight at games in other European competitions, like the Champions League, to see referees watching replays in the stadium.