Cuban President Miguel Díaz-Canel said he does not believe the Trump administration would drop sanctions on the island in exchange for concessions from his government.

The Trump administration says it has been tightening sanctions on Cuba in recent months in order to starve the island's communist government of cash and energy supplies and force it to end support for Venezuelan President Nicolás Maduro.

U.S. pressure has contributed to slowing economic growth and sporadic shortages of products including gasoline and cooking gas, along with common household goods. 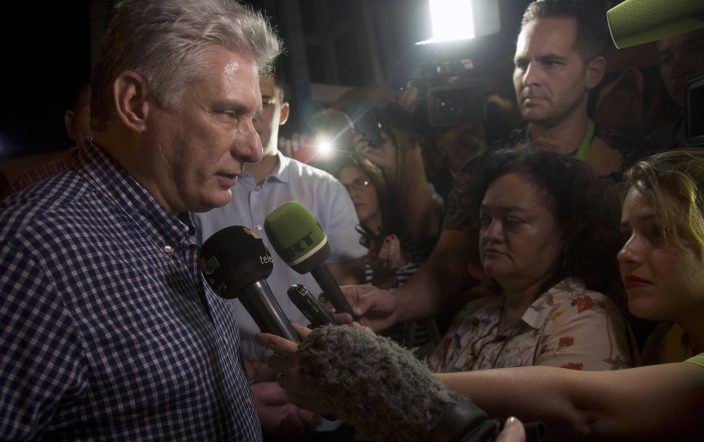 Speaking to reporters during a trip to eastern Cuba on Thursday night, Díaz-Canel said Cubans should not believe that conceding to U.S. demands would lead to improved conditions for the island.

“Sometimes ideas come our way that if we abandon one position or another, if we abandon solidarity and help (for other countries), the doors would open for us and that's a lie,” Díaz-Canel said. “We don't want open doors where we can beg; we want open doors because there is a serious dialogue” with the United States.

Díaz-Canel had little contact with the international media during his first year in office but has begun to invite foreign correspondents on his regular trips to Cuban provinces to review public services and interact with local officials and residents. 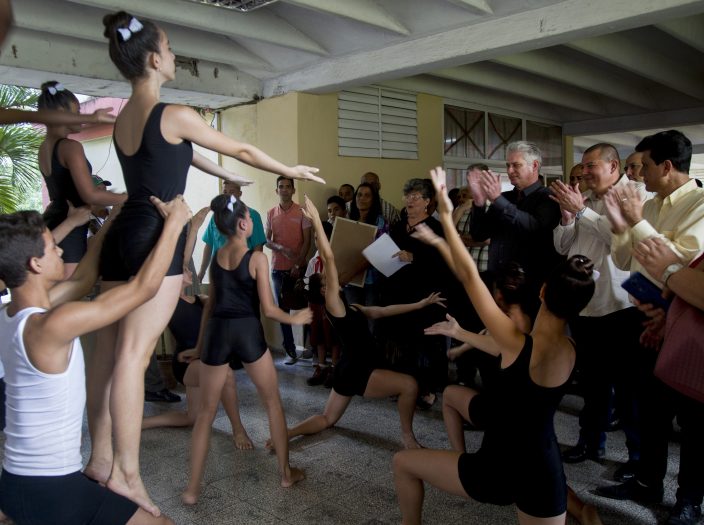 On his Thursday trip to Las Tunas, in eastern Cuba, he visited a hospital and art school and met with university students for several hours.

Despite U.S. efforts to oust him in cooperation with the Venezuelan opposition and countries in the region, Maduro shows no sign of losing his grip on power. Díaz-Canel said Cuba had become a scapegoat for that U.S. policy failure.

“The U.S. has seen its situation in Latin America and the world get complicated due to its own excesses and this government is starting to look for excuses to explain the problems it's having in foreign policy,” Díaz-Canel said.

The president, who took office in April 2018, said that his visits to Cuba's provincial centers along with his cabinet were key to reassuring Cubans confronting economic trouble and shortages of basic goods.