The 20-year-old from Toronto posted a score of 260.57, then sat nervously and watched as pressure got the better of both Keegan Messing and Nam Nguyen. They both fell twice.

"When you're skating it's one kind of stress level, but you're sort of in control of what you're doing, but once you're sitting down you have no control and you're just watching and it's not a good feeling," Sadovsky said. "It's sort of bittersweet because you want to place well but at the same you want to see your friends compete well." 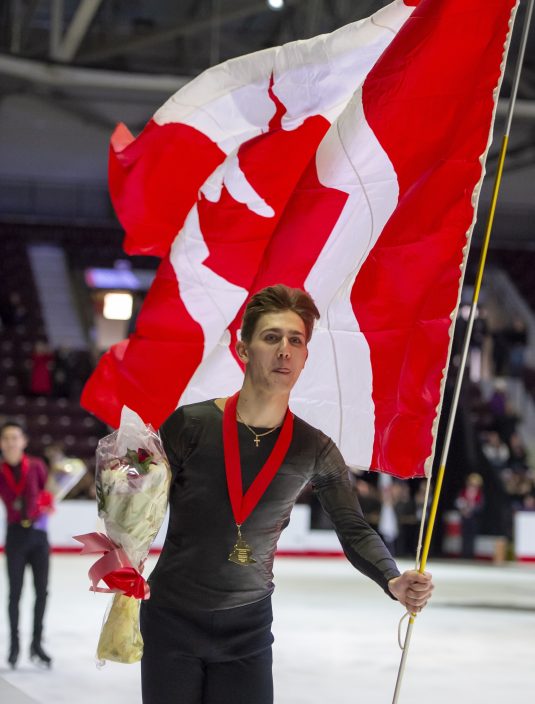 Roman Sadovsky does a victory lap with his medal after winning the men's title at the Canadian figure skating championships in Mississauga, Ontario, Saturday, Jan. 18, 2020. (Frank GunnThe Canadian Press via AP)

Canada has just one men's spot at the world championships in Montreal based on last year's results.

"I put the pressure on myself, I definitely wanted it really badly, I've been thinking about it since last worlds when I found out we only had one spot," Sadovsky said. "I'm still sort of in disbelief. I've always wanted to get a national title, not just in senior but anywhere.

“To win my first national title at senior is fine, I like it.”

A Week in Pictures, Asia