Israel's military said it began construction of an underground defense system Sunday along its northern frontier with Lebanon to protect against cross-border tunnels.

Israel destroyed a series of what it said were attack tunnels last year, dug under the border by the Lebanese militant group Hezbollah. The group battled Israel to a stalemate in a monthlong war in 2006. Hezbollah is closely allied with Iran, Israel's greatest regional foe, and has vowed to retaliate for America’s killing of a top Iranian general in a drone strike earlier this month. 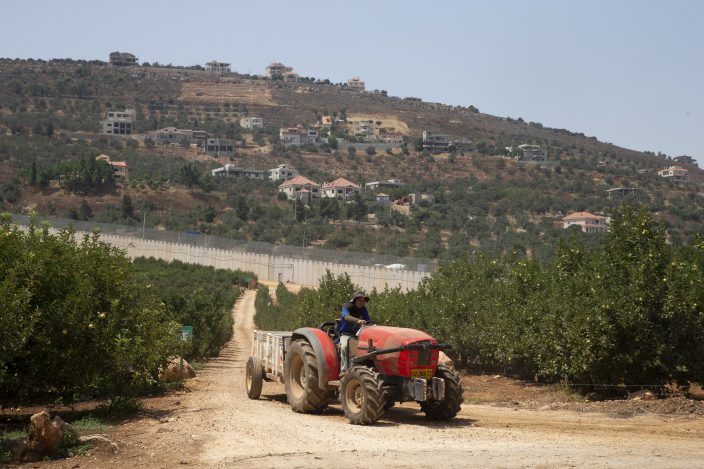 FILE - In this Aug. 27, 2019, file photo, a farmer drives his tractor in an apple planation along the Israel-Lebanon border. Israel's military said it began construction of an underground defense system Sunday along its northern frontier with Lebanon to protect against cross-border tunnels. (AP PhotoAriel Schalit, File)

Conricus said the construction would all be on the Israeli side of the border and that United Nations peacekeepers along the frontier had been notified.

“What we are doing today is part of a larger plan,” he said. “We understand that our activity may be seen and will be heard on the other side and we want to explain what we are we doing and why we are doing it. It is a matter of precaution.”

Israel recently warned that Hezbollah had beefed up its presence along the volatile frontier.

Israel and Hezbollah's 2006 war ended in a U.N.-brokered cease-fire. While direct fighting has been rare since then, there has been occasional violence. The most recent flare-up was in September, when Hezbollah fired a barrage of anti-tank missiles into Israel and Israel responded with artillery fire. There were no casualties on either side.

Israel also has acknowledged carrying out scores of airstrikes in neighboring Syria, many of them believed to have been aimed at Iranian weapons shipments bound for its Hezbollah proxy.

Hezbollah has a battle-tested army that has been fighting alongside the forces of Syrian President Bashar Assad in Syria’s civil war. Israel believes the group has arsenal of some 130,000 missiles and rockets capable of striking virtually anywhere in Israel. More recently, it has accused the group of trying to import or develop guided missiles.

Financial losses over a protracted ...

Olympic champ van Niekerk back after more than 2 years ...

Israeli leader calls on UN to condemn Hezbollah over tunnels