Italy's right-wing opposition leader Matteo Salvini is daring fellow senators to vote to put him on trial for alleged kidnapping for keeping migrants aboard a rescue ship for days last year when he was interior minister.

The Senate commission on parliamentary immunity meets later Monday to decide. But no matter the outcome of that decision, no immunity can be lifted until the entire Senate votes in February.

Italy's governing center-left parties fear Salvini will exploit any lifting of his immunity for sympathy votes in a Jan. 26 regional election where he hopes his anti-migrant League party will triumph. 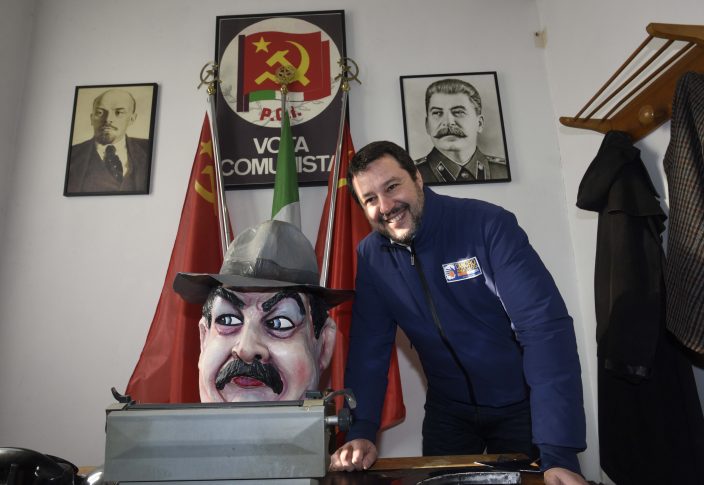 Salvini says as interior minister he acted to safeguard Italy's borders when he refused for six days to allow the coast guard ship Gregoretti to bring 131 rescued migrants ashore to Sicily in July 2019.

Prosecutors in Sicily investigated him for alleged kidnapping, then decided to shelf the case. But another judicial body, the Tribunal of Ministers, which has jurisdiction over the handling of alleged crimes by government officials, wants to proceed.

Salvini on Sunday urged League members on the Senate commission to vote lift his immunity so, as he put it, all of Italy can judge his actions through a trial.

Coalition parties in Premier Giuseppe Conte's last week unsuccessfully sought to have the vote delayed until after the regional election.

If the Democrats, a main government party, lose in the ballot in Reggio Emilia, a long-time left-wing stronghold, to the right-wing League, Salvini is likely to resume his press for an early national election.

Italians turn out in droves despite virus for referendum