Jrue Holiday matched his season high with 36 points in his return after a five-game absence and the New Orleans Pelicans set a franchise record with 21 3-pointers, beating Memphis 126-116 Monday in the Grizzlies' annual Martin Luther King Jr. Day Celebration Game.

Holiday, who hadn’t played since Jan. 4 because of a left elbow strain, converted 12 of 18 from the field, including 7 of 10 from 3-point range. Brandon Ingram scored 25 points and Nicolo Melli added 15, including a trio of 3-pointers. 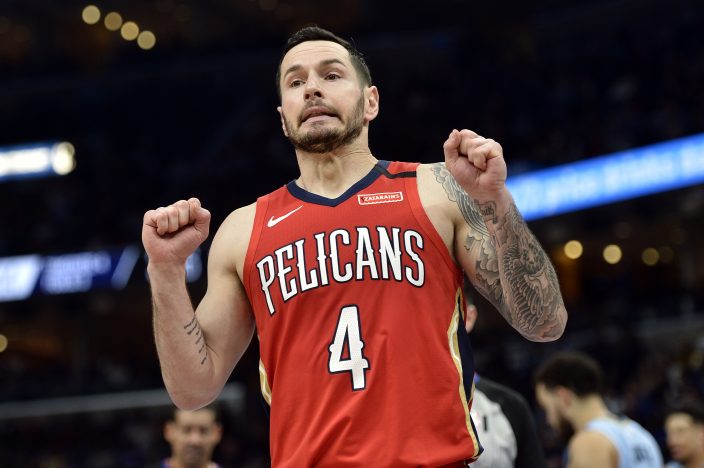 New Orleans Pelicans guard JJ Redick (4) reacts after a play in the first half of an NBA basketball game against the Memphis Grizzlies Monday, Jan. 20, 2020, in Memphis, Tenn. (AP PhotoBrandon Dill)

While Memphis trailed by as many as 25 in the second half, a late rally brought the Grizzlies within 121-116 with 1:28 left. But Ingram scored on a drive and JJ Reddick (10 points) converted a 3-pointer for the final margin.

The Pelicans used their 3-point shooting — already surpassing their average of 14 a game by halftime — to lead 69-50 at the break. 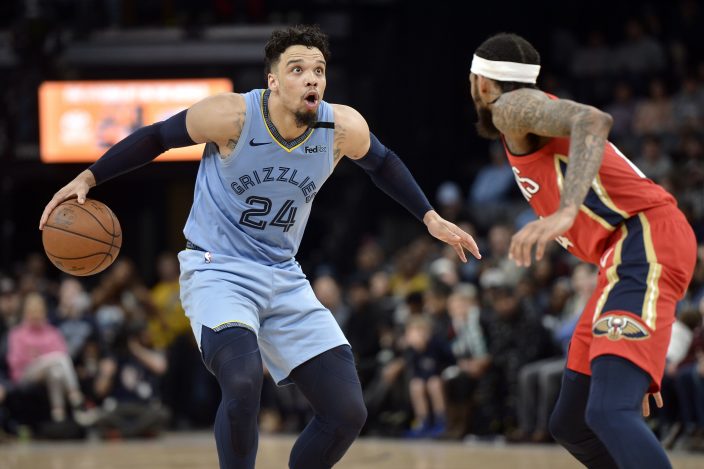 In its previous game, New Orleans scored 80 first-half points but lost to the Los Angeles Clippers after its offense stalled in the second half. That didn’t happen on Monday. Instead, the Pelicans stretched the lead to 21 in the early minutes of the third quarter.

Pelicans: Cs Derrick Favors and Jahlil Okafor (both with low back soreness) sat out. That kept Favors' streak of 19 straight made field goals over the past two games intact. The string is the longest in the NBA this season. … Holiday’s seven 3-pointers were a career high. He had made six 3s twice previously. 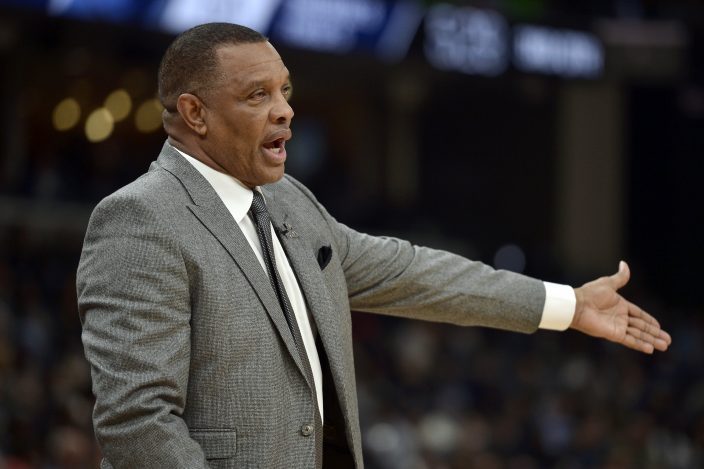 New Orleans Pelicans head coach Alvin Gentry reacts from the sideline in the second half of an NBA basketball game against the Memphis Grizzlies Monday, Jan. 20, 2020, in Memphis, Tenn. (AP PhotoBrandon Dill)

Grizzlies: The franchise recognized former athletes Doug Williams, Robert Parish, Sheryl Swoope and Caron Butler with its 15th annual National Civil Rights Museum Sports Legacy Awards. ... The Grizzlies fell short of the franchise record of eight straight wins, done four previous times. ... It was the first time Memphis has lost this season when Brooks scored 20 points. Memphis was 13-0 in those games. ... Jonas Valanciunas had 14 points and 11 rebounds, his 21st double-double of the season. 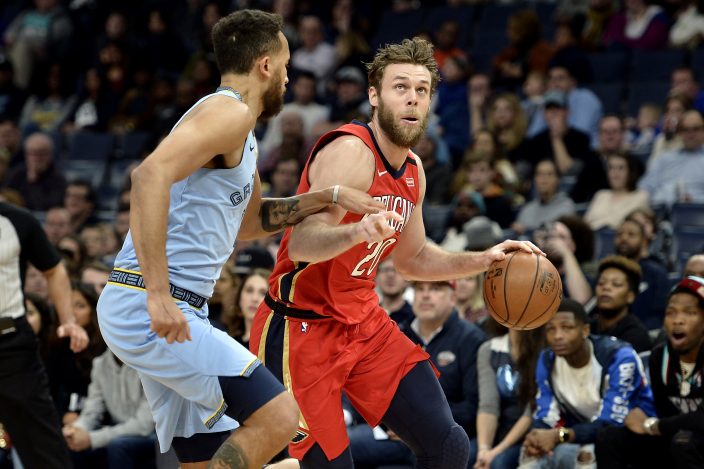 Grizzlies: Travel to Boston on Wednesday to play the Celtics. 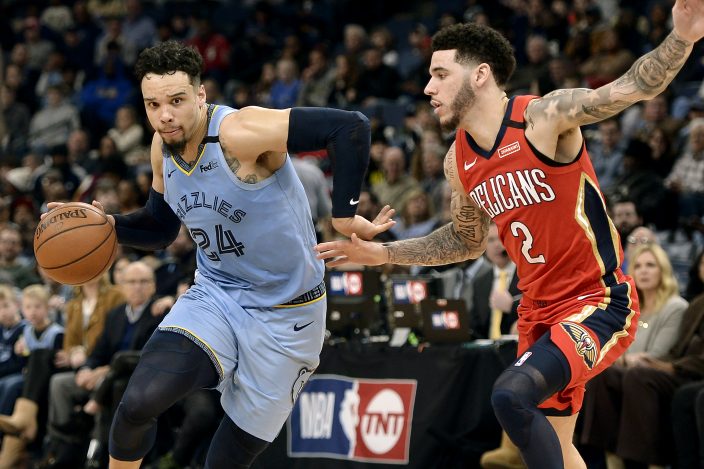 The South Carolina primary is cert ...