The New York Knicks came out on top in a matchup between teams at the bottom of the standings Monday night.

Marcus Morris Sr. and Julius Randle each scored 19 points and New York used a strong second half to beat the Cleveland Cavaliers 106-86.

Both teams are 12-32 and lead only Atlanta in the Eastern Conference. The Knicks had lost eight of nine. Cleveland, coming off a six-game trip, has lost five in a row and 10 of 12. 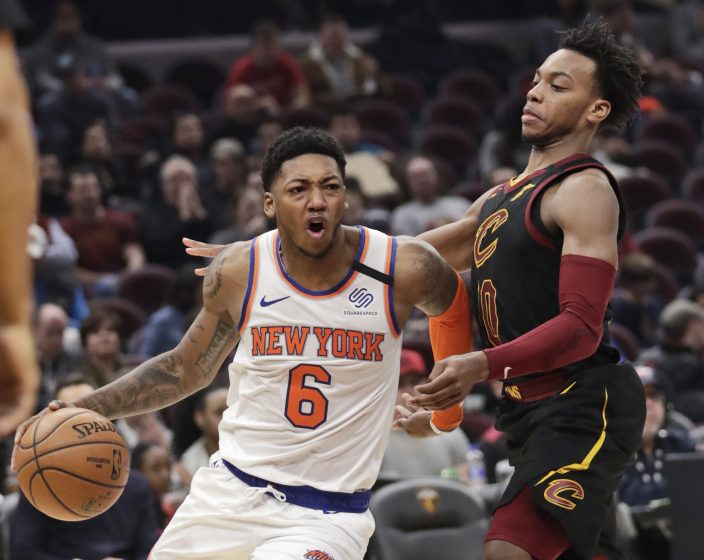 New York trailed by one at halftime but took over in the third quarter, outscoring Cleveland 30-14.

"We put consecutive stops together early in the third," Knicks interim coach Mike Miller said. "It built some momentum and it spilled over to everything that we did from there."

The Knicks had four losses by more than 20 points in their difficult stretch, including a 121-98 blowout at home to Phoenix last week. 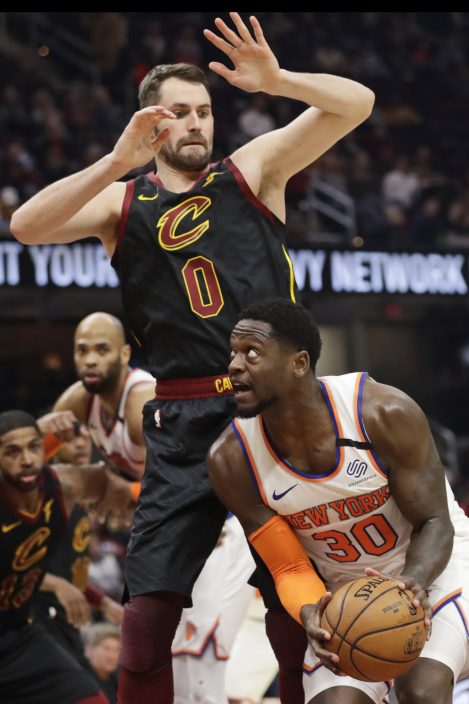 "It's good to see guys make some shots and kind of build confidence," Morris said. “We're trying to go in the right direction.”

The Cavaliers, who went 2-4 on the extended trip and blew a 15-point lead in the fourth quarter Saturday in Chicago, looked like a tired team after halftime. The Knicks led 79-64 going into the fourth and pushed the margin to 21 in the final minutes.

"That sounds like an excuse, but I've seen it time and time again where you come and out lay an egg and and it's just slow motion," Cavaliers forward Kevin Love. "That's kind of how we felt tonight." 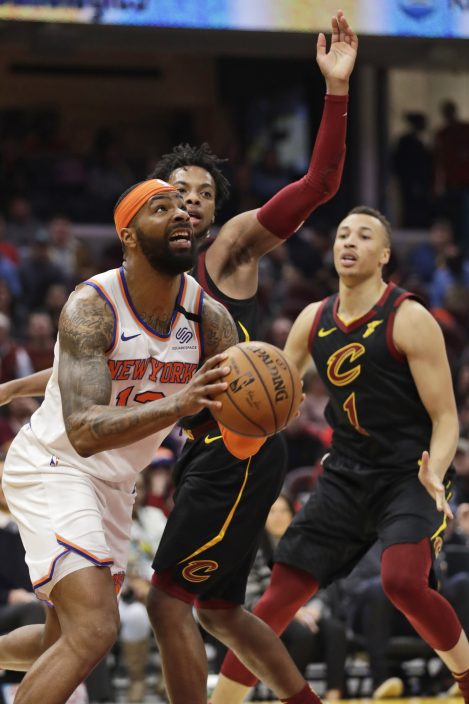 Cleveland shot a season-low 34% and scored 36 points in the second half, leading coach John Beilein to say his players were gassed following the quick turnaround for Monday's game.

"That is the explanation I can give you right now because we were just not good," he said. "We couldn't make a shot. We missed 62 shots." 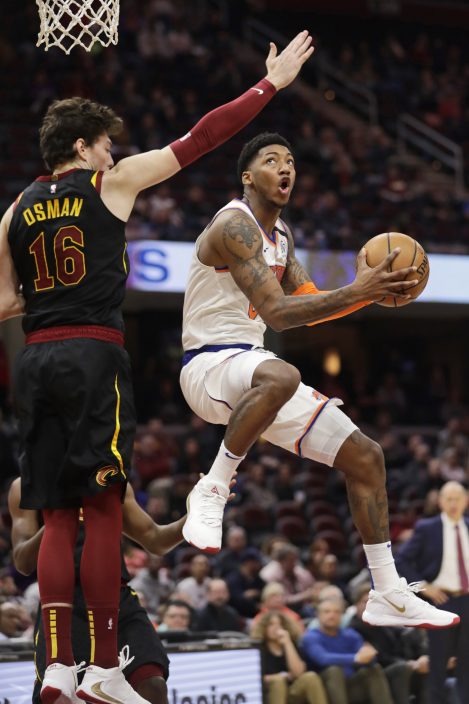 Tristan Thompson had a career-high 22 rebounds and 13 points for Cleveland. Collin Sexton scored 17 points, and Cedi Osman had 14.

The Knicks scored 11 straight points during a 17-4 run in the third quarter to take a 66-54 lead. Morris hit a 3-pointer and turned his right ankle after coming down on Love's foot. Love was called for a foul, which was upgraded to a flagrant 1 after a review. Morris made the free throw to complete the four-point play.

Morris' ankle was heavily taped after the game and he said it was sore. He'll be examined Tuesday.

The game was close in the first half, which had seven ties and 10 lead changes. Larry Nance Jr. hit a 3-pointer prior to the buzzer giving Cleveland a 50-49 lead at halftime.

The Cavaliers dressed 10 players, including two called up from the G-League, due to injuries and illness.

Knicks: G Dennis Smith Jr. (strained left oblique), who missed his 13th straight game, will be re-evaluated later this week. The third-year pro was injured on Dec. 23 against Washington. ... Rookie G RJ Barrett (sprained right ankle) was inactive for the second game in a row.

"For what he did for the league, it’s the least we could do," Morris said.

Cavaliers guard Kevin Porter Jr., who sprained his left knee Jan. 5, has begun basketball activities, but there's no timetable for his return. The rookie was injured on a non-contact play while driving to the basket against Minnesota. Porter is averaging 8.5 points in 34 games.

2nd virus death in France, 1 new infection linked to It ...