Jack Nicklaus turns 80 on Tuesday, no closer to retirement than when he was at the peak of his golf career.

Never mind that he rarely competes, and when he does play the occasional round of golf, he doesn't always finish the hole. His shoulder is sore, but that's more from tennis.

He spends most of his time supporting his wife, Barbara, who has taken charge of the Nicklaus Children's Health Care Foundation. He still has his hands in about 10 golf courses his company is designing. 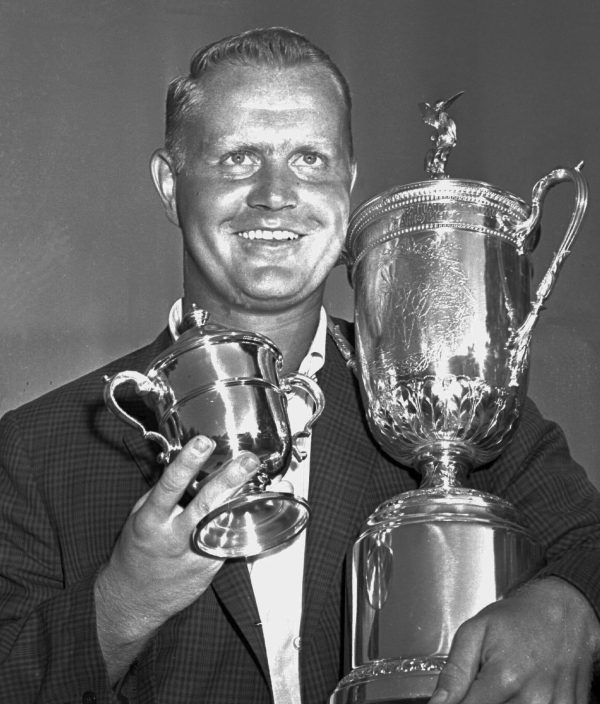 The real measure of a golfing great who has been around for 80 years are the conversations he keeps.

Everyone wants a piece of Nicklaus, and he is all too happy to oblige. Even though he is more Olden Bear than Golden Bear, Nicklaus remains as relevant now as when he was winning his record 18 majors.

"I'd like to stay involved ... keep myself in front of the public, keep myself relevant so when I get to 80 years old, you still want to ask me a question," Nicklaus said last week in a conference call ahead of his 80th birthday. 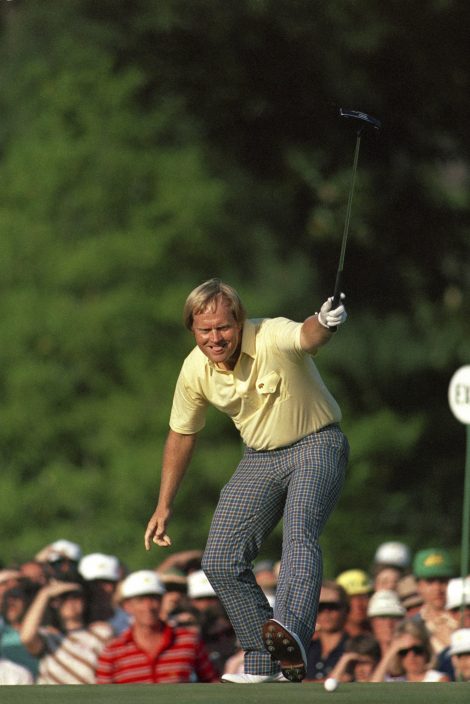 FILE - In this April 13, 1986, file photo, Jack Nicklaus watches his putt drop for a birdie on the 17th hole during the Masters golf tournament at Augusta National in Augusta, Ga. Nicklaus turns 80 on Tuesday, Jan. 21, 2020, and still remains a big part of golf conversations. (AP PhotoPhil Sandlin, File)

"There's no reason to want to curl up in a corner someplace."

The only time he considered some form of retirement was long ago.

Nicklaus told a story of always wanting to ski, but not while he was still competing. That seemed smart long before Phil Mickelson broke his leg skiing and missed the 1994 Masters or David Duval injured his shoulder snowboarding.

Nicklaus thought he would wait until he was 35.

"I figured I wasn't going to take up skiing until I was done playing golf," Nicklaus said. "We took up skiing at age 35. While we were out there skiing, I was talking about not playing much golf the next year. The kids all said, 'Dad! What are you doing? You can still beat everybody out there. You need to keep playing. You love it.' I said, 'I do, but I want to be part of your life.' They talked me into going out and keep playing."

Nicklaus was coming off victories in the 1975 Masters (an epic battle against Johnny Miller and Tom Weiskopf) and the 1975 PGA Championship at Firestone. So he kept playing, adding another claret jug at St. Andrews in 1978, another double major season in 1980 and his famous 1986 Masters when he was 46.

Imagine if he had quit playing. Nicklaus would have been at 14 majors, and Tiger Woods would have passed him with that memorable Masters victory last April. Now, Woods still has three majors to go to catch Nicklaus.

That also keeps Nicklaus relevant without having played a major in 15 years.

There was a time when it looked as though Woods was running out of time to catch him, especially with recurring leg injuries and then back problems that led to four surgeries. Now that Woods ended 11 years without a major with his Masters victory for major No. 15, the race is on.

History is not on Woods' side. He turned 44 three weeks ago. When he gets to the Masters, only six players older than Woods will have won majors, no more than one each.

Still, the Nicklaus name is back in the conversation. He will watch. He will answer questions about whether Woods can catch him, as Nicklaus has done for nearly two decades. Nicklaus always said he thought Woods could do it. One year at a charity lunch for his Memorial, Nicklaus got the same question, gave the same answer and then asked what kind of headlines it would make if he had given a different answer.

What makes him feel more relevant are the questions he fields from younger players.

Charl Schwartzel came to talk to him about the Masters in 2011, a short time before the South African birdied his last four holes to claim the green jacket. Patrick Cantlay met with him last year before winning the Memorial, and Cantlay was with him again on a Saturday last fall, watching football and talking majors. Nicklaus told him how he never wanted to feel his game was in perfect shape on Thursday of a major, rather he wanted to play his way into his best golf as the week went on.

It's a long list. Most of them live in South Florida and are members at his Bear's Club.

"I don't go out and seek this, but I'm available," Nicklaus said. “I might have some knowledge — you might call it wisdom — something to impart to the kids that might help them. It's very flattering to me as an 80-year-old. You never listened to your dad, why listen to your grandfather? But it's very nice and I enjoy it. We have 30 pros who are members up at the Bear's Club. I see them all the time. I'm available, always around. They still want to come talk to me.”

Nicklaus still dispenses advice on the majors, particularly the Masters, which he won a record six times. But the one tip he prefers to share is what he learned long ago from his idol, Bobby Jones, who told him to be responsible for his own game.

“I feel a little sad for the guys today, not that that's the way everyone does it,” he said. “We have instructors, sports psychologists. I always thought that was the fun of the game, learning to do it yourself. When it comes down to the end of a tournament, you have to finish. The responsibility is on you, not wondering, ‘Can I do what this guy taught me?’ That's what I learned.”

Nicklaus spoke for 45 minutes with a small group of reporters on the phone, along with a few who had come to his house. His final words were telling.

“Thank you for wanting to be on here and making me relevant.”

Ongoing uncertainty about the effe ...