Zion Williamson is set to make his NBA debut, which will bring plenty of excitement to New Orleans.

It will also bring some challenges to coach Alvin Gentry.

That's what Philadelphia coach Brett Brown learned from his experiences when the wait for a franchise star was finally over. 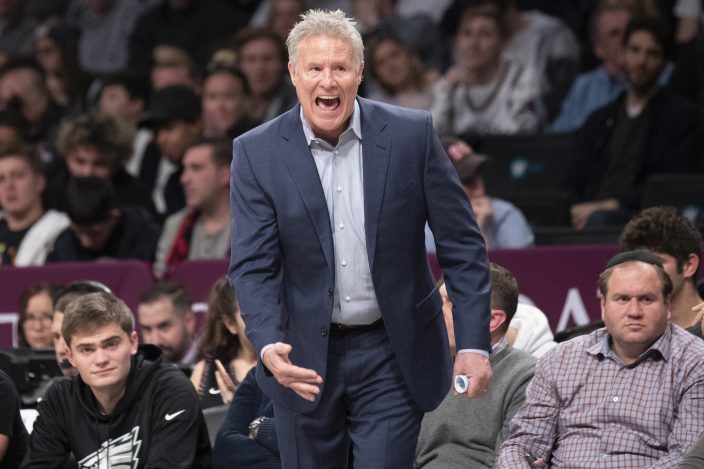 “It’s always an excitement for me," Brown said. “There is things that happen that as a coach as I remember ... that impacts kind of everything."

Brown had to wait out injury-delayed NBA debuts for both Joel Embiid and Ben Simmons. Embiid, the No. 3 pick in 2014, missed what would have been his first two NBA seasons. Simmons, the top pick in 2016, sat out his first season. Both players had foot injuries.

When they did return, at least it was at the start of the season. When Williamson debuts Wednesday against San Antonio in a game that was added to the national TV schedule, the Pelicans will be trying to fit the No. 1 pick in at midseason to a team that has been playing well lately without him. And Gentry will have to deal with decisions about minutes restrictions. 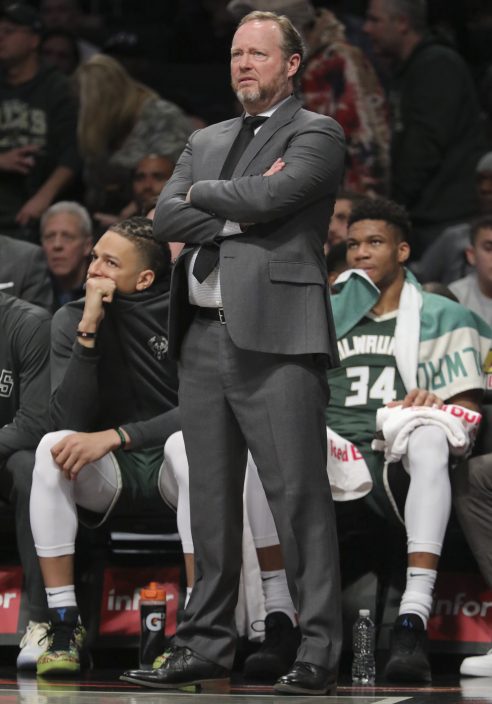 “But it does come with a level of pain and foresight of how you’re going to manage it." 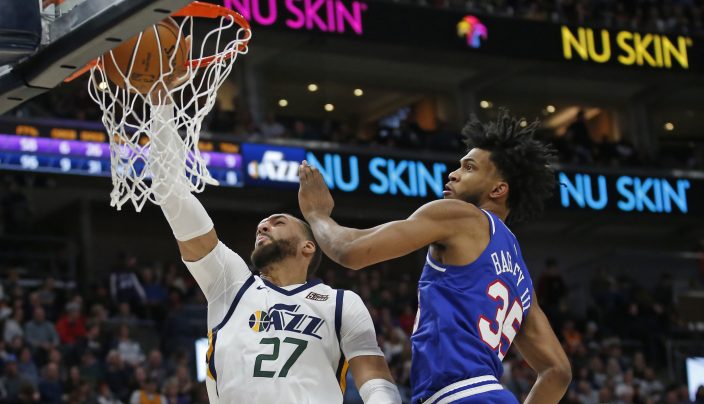 In the quest for a home-court advantage in a neutral site, Mike Budenholzer has a compelling case.

He has a relationship with France’s biggest basketball icon.

“I went with Tony Parker like 20 years ago, so maybe there’s a photo of us,” Budenholzer said. “Tony’s pretty popular.”

Budenholzer is taking his Milwaukee Bucks to Paris to play the Charlotte Hornets on Friday. It’s the NBA’s first regular-season game in France.

It was expected to be a homecoming game for Parker, but he retired after playing one season in Charlotte. He spent the rest of his career with the San Antonio Spurs, where Budenholzer was a longtime assistant to Gregg Popovich.

So instead of seeing Parker, the French crowd will be treated to Budenholzer’s team, which has the NBA’s best record.

“Once we do get on that plane and head over I think it’s a great opportunity for our team, and we do things to kind of spend time together and grow and learn about each other,” Budenholzer said. “And I would think generally — at least I am, I can’t speak for the players — kind of excited about a culture experience going to Paris, seeing some different things, doing some different things, some good food, some good wine, and I think our group’s excited about it.”

OTHER GAMES TO WATCH THIS WEEK:

Los Angeles Clippers at Dallas, Tuesday. Not only a good game, but the only one of the night on the NBA schedule.

Philadelphia at Toronto, Wednesday. Ben Simmons has a career-best five straight games with 20 or more points.

Denver at Houston, Wednesday. The Rockets face one of the West's best as they try to snap a four-game losing streak, their longest of the season.

Los Angeles Lakers at Philadelphia, Saturday. LeBron James will soon pass Kobe Bryant for No. 3 on the NBA's career scoring list, and if he does it in this game it will be in Bryant's hometown.

Brooklyn at New York, Sunday. The Nets had only eight 2-point baskets when the Knicks beat them last month, the fewest in an NBA game since 1950.

“Best defensive center in the game,” he said. “I think we’re talking probably he’s in the all-time, pushing himself into the all-time greats.”

Then Atkinson started talking about Gobert’s improved offense, which has become a topic worth discussing.

“I feel I’m getting better every year,” Gobert said.

The two-time Defensive Player of the Year had 22 points and 18 rebounds in a victory over the Nets to begin last week, and he ended it with 28 points and 15 boards in a win over Sacramento. The 7-foot-1 Frenchman was nominated for Western Conference player of the week.

His big week raised his averages to 15.3 points and a career-best 14.5 rebounds while shooting 67.8%, even better than his 66.9 percent mark that led the league last season. It’s a far cry from the early stages of his career, when it took until his fourth season to average in double figures.

“From my first year here, it was like he definitely couldn’t catch or anything,” teammate Joe Ingles said. “He’s obviously always defensively had those tendencies to be great and I think they were natural for him. He was just out there and he was tall and just stood by the rim and blocked shots and rebounded, and every year I’ve been here he’s gotten better and better offensively.”

Steve Smith to captain Welsh team in The Hundred