One of the five contenders to lead Britain’s main opposition Labour Party dropped out of the race on Tuesday after struggling to build momentum behind her campaign.

Lawmaker Jess Phillips said in a video message that the party needed “a candidate that can unite all parts of our movement - the union movement, the members, the elected representatives.” Phillips, who has been a member of Parliament since 2010, added that “at this time, that person isn’t me.”

Four contenders remain in the race to lead the left-of-center party as as it tries to rebuild support and regain power after last month's electoral drubbing. 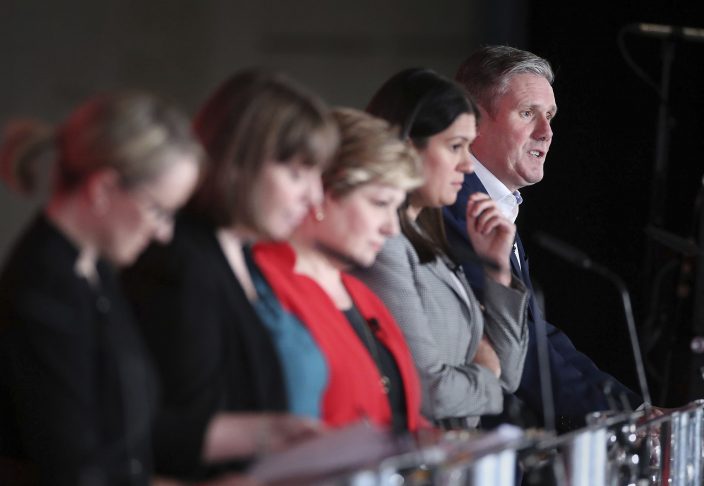 Keir Starmer, Rebecca Long-Bailey, Lisa Nandy and Emily Thornberry are vying to replace Jeremy Corbyn, who is stepping down after Labour suffered its worst election result since 1935 in Britain's Dec. 12 election.

Labour is one of Britain’s two dominant political parties, but hasn’t won a national election since Tony Blair's third consecutive victory in 2005. Prime Minister Boris Johnson’s Conservatives won 365 of the 650 House of Commons seats in the Dec. 12 election, while Labour took 203, its worst total since 1935.

The party is enmeshed in a blame game for the defeat, with some members accusing the socialist Corbyn of veering too far to the left and making lavish spending promises that voters regarded as unrealistic. Labour is also agonizing over its Brexit stance — which tried unsuccessfully to satisfy voters who wanted to leave the European Union as well as those who wished to remain — and continuing claims of anti-Semitism in party ranks.

Candidates must secure support from fellow lawmakers, local Labour associations and trade unions. Starmer is the current front-runner after securing backing from almost 90 legislators and endorsement by key unions.

Those who make the cut will be put to a postal vote of the party’s half-million members and registered supporters between Feb. 21 and April 2. The winner will be announced on April 4.