The Latest on the 2020 presidential race (all times local):

Bernie Sanders has canceled an upcoming campaign event he was planning in Iowa, citing the schedule of President Donald Trump’s impeachment trial in the Senate. 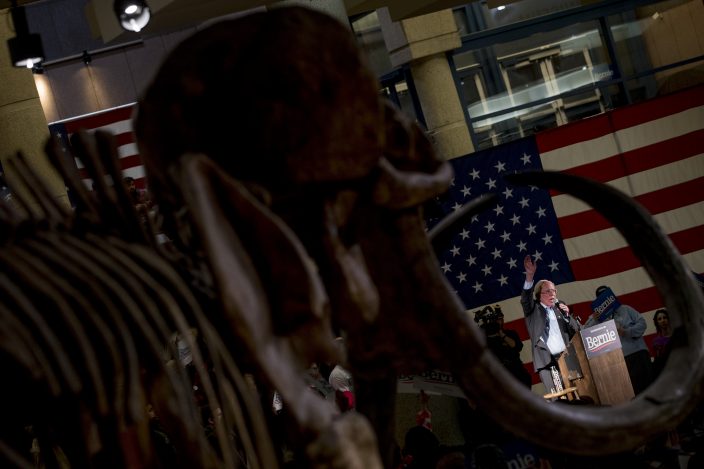 The Vermont senator had planned a Wednesday night rally at the University of Northern Iowa, betting that the trial schedule might give him time to travel from Washington to the state whose caucuses lead off Democratic primary voting on Feb. 3.

But Tuesday is expected to a long day in the Senate as members set the rules for impeachment. And proceedings are likely to stretch for hours each day from Monday through Saturday going forward.

Sanders has already suggested he’d rather be campaigning than tied to DC for the trial.

But fellow senators and presidential hopefuls Elizabeth Warren of Massachusetts, Amy Klobuchar of Minnesota and Michael Bennet of Colorado are facing similar logistical hurdles. And most had refrained from scheduling campaign events during the week as a result.

The Latest: Steyer's wife at helm of presidential campaign