Venezuelan lawmakers opposed to President Nicolás Maduro called off an attempt to hold a session in the national congress building on Tuesday, saying they wanted to avoid clashes with security forces and armed government supporters blocking entry.

Juan Pablo Guanipa, 1st vice president of the National Assembly, said from the headquarters of a political party that streets leading to their legislative building had been “militarized” by armed groups, so they were not going to attempt an entry until next week.

Instead, the lawmakers held a makeshift meeting in an open-air public square in an opposition-friendly part of Caracas away from downtown. They sat on chairs set up before a stage amid trees and backed by their flag-colored streamer and emblem. 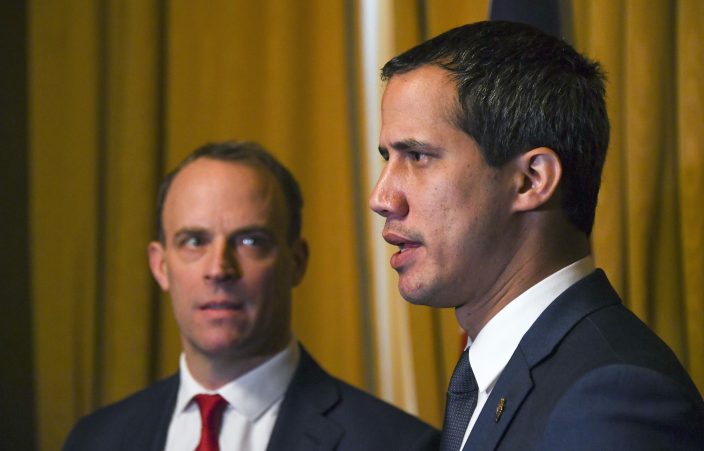 It was the third consecutive week that groups of armed civilians known as “colectivos” and security forces have blocked access for members of the National Assembly, the last major national institution under opposition control and the center of the struggle over who governs the crisis-wracked nation.

Last week, a caravan of SUVs carrying lawmakers toward the building was struck with rocks and poles by civilians, and gunfire could be heard.

Guanipa called on supporters to march with lawmakers to retake the Assembly chambers next week — setting up a potential clash with the backers of socialist President Nicolás Maduro. 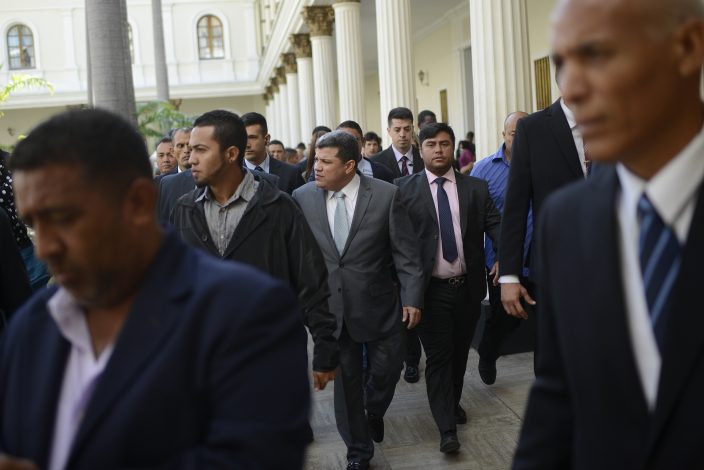 “We are going to show them that we are fighting for the freedom of Venezuela,” Guanipa said. “We'll demonstrate, as we always have, that we're absolutely ready to do whatever is required to achieve democracy in Venezuela.”

The United States and about 60 other nations recognize National Assembly leader Juan Guaidó as Venezuela's constitutional president, arguing that Maduro's 2018 reelection was invalid and marred by fraud. Guaidó, however, has no control over government institution or the military.

Maduro backers this month attempted to undermine Guaidó's standing by swearing in another deputy as leader of the congress despite lacking a majority. Maduro maintains that breakaway group is now the legitimate legislature.

Local news media on Tuesday showed that group meeting in the congressional chambers, led by lawmaker Luis Parra, who claims the body’s presidency.

Guaidó, meanwhile, was on an international tour to build support — breaking a year-old travel ban by the Maduro-loyal Supreme Court.

Guaidó met Monday in Colombia with U.S. Secretary of State Mike Pompeo and was in London on Tuesday to meet British Foreign Secretary Dominic Raab.

Maduro´s government was shoring up its own international backing, as Foreign Affairs Minister Jorge Arreaza met with Iran’s president Hassan Rouhani in Tehran.

India had to put in some lengthy o ...

Zion Williamson had 25 points for ...