Tyrone Mings' last-gasp winner gave Aston Villa a 2-1 come-from-behind win over Watford on Tuesday to lift the club out of the Premier League relegation zone.

The defender was credited with the goal after Ezri Konsa's shot deflected off him into the net in the fifth minute of stoppage time with virtually the last touch of the game to secure the victory.

Douglas Luiz had come off the bench to level for the hosts in the 68th minute, canceling out Troy Deeney's first-half opener. The result ended a six-match unbeaten streak in the league for a resurgent Watford side, which fell back into the relegation zone in 19th place. Villa moved up to 16th place, two points clear of the drop zone. 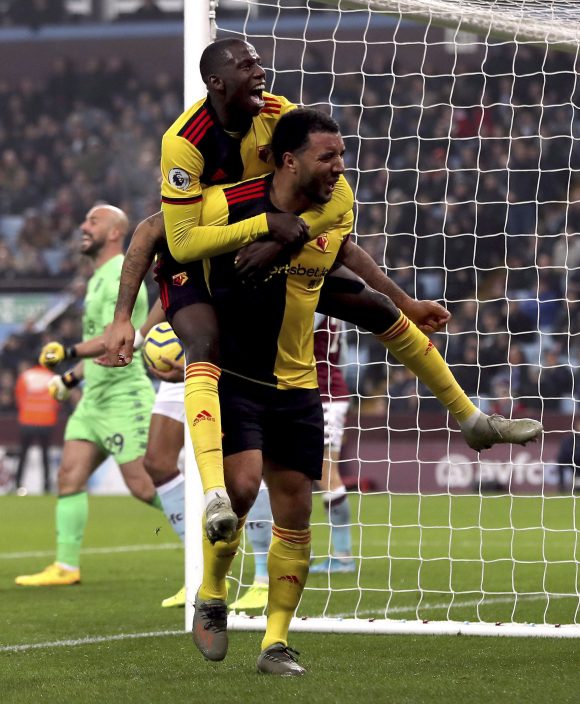 Watford took the lead when Gerard Deulofeu exchanged passes with Abdoulaye Doucoure on the right and sent in a cross for Deeney to power in a header from five yards.

But Villa leveled against the run of play when Luiz smashed in a rebound at the far post.

That gave Villa some momentum but dogged Watford defending kept the hosts at bay until the fifth minute of stoppage time.

Watford failed to deal with a deep free kick and when the ball ran to Konsa, his shot clipped fellow defender Mings to fly in.