Wins might still be in short supply for Mikel Arteta in Arsenal’s worst league campaign in a quarter of a century, but some fighting spirit appears to have returned under the new manager.

On a night of late goals in the Premier League, Arsenal played with 10 men for more than an hour and fell behind on two occasions at Stamford Bridge, yet still came away from a wild London derby with a 2-2 draw. 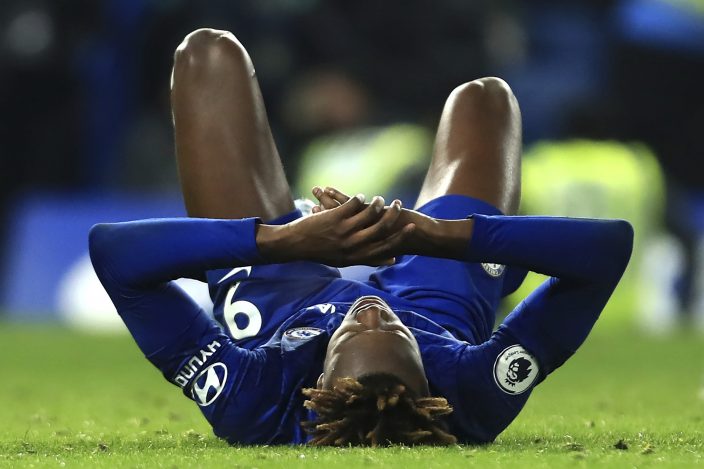 Chelsea's Tammy Abraham is seen on the ground after the end of the English Premier League soccer match between Chelsea and Arsenal at Stamford Bridge stadium in London England, Tuesday, Jan. 21, 2020. (AP PhotoLeila Coker)

Arsenal finished the night in 10th place - and closer to the relegation zone than the top four - with nearly two-thirds of the season gone, yet possibly with some hope that better times might just be around the corner.

"Time will tell if this is a stepping stone,” said Arteta, who has just one win in six league games since taking over from Unai Emery last month, “but at least I saw a reaction. We have to keep playing with the spirit we showed, in every game.” 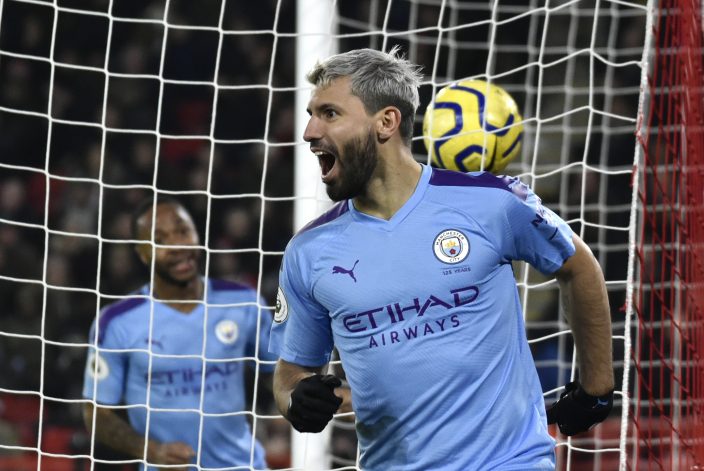 With just 14 points from its last 12 games, Frank Lampard’s fourth-place team is still within range of a bunch of challengers — potentially as far down as Arsenal, which hasn’t finished outside the top six in 25 years. The sight of striker Tammy Abraham being helped off the field after the full-time whistle because a bang to the ankle was a further dampener on the night for Chelsea.

Chelsea only allowed two shots and conceded goals from both of them, the first to Gabriel Martinelli after an 80-meter run in which the Brazilian teenager was allowed to cruise past N’Golo Kante when the midfielder - having raced back to be the last man - slipped over near the center circle.

Hector Bellerin grabbed Arsenal’s second equalizer in the 87th, yet that was far from the latest goal on a chaotic evening around the country.

Newcastle defender Florian Lejeune scored in the fourth and fifth minutes of injury time to salvage a 2-2 draw at Everton. That doesn’t have many serious ramifications, though, unlike the goal scored by Tyrone Mings in the fifth minute of stoppage time that earned Aston Villa a 2-1 win over Watford and lifted his team out of the relegation zone.

Manchester City didn't leave it quite so late to seal victory. A 73rd-minute goal from Sergio Aguero earned a 1-0 win at Sheffield United and consolidated second place behind runaway leader Liverpool.

Liverpool's lead grows to 22 points in the Premier League