Defending champion Naomi Osaka threw her racket, tossed a ball and kicked the racket again for good measure, before sitting for a while with a towel over her head. She sensed the crowd was looking for drama, and she gave them a little bit.

She pulled it together quickly in a swirling breeze on Margaret Court Arena, though, and beat Zheng Saisai 6-2, 6-4 to advance to the third round of the Australian Open.

On the adjoining show court at about the same time, 2019 runner-up Petra Kvitova held her composure when she faced three set points before winning 13 of the next 15 points to beat Paula Badosa 7-5, 7-5. 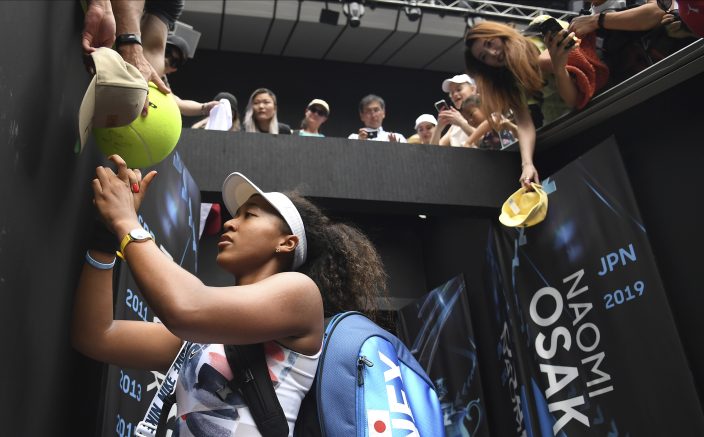 Both of last year's finalists had secured spots in the third round before some of the women hadn't completed their first-round matches in the singles draw. A backlog caused by heavy rain on Day 1, caused a further spillover on Day 2.

On Day 3, the lineup on the show courts was full of major winners. French Open champion and No. 1-seeded Ash Barty had the second match on Rod Laver, the center court.

Osaka was unimpressed with her performance. 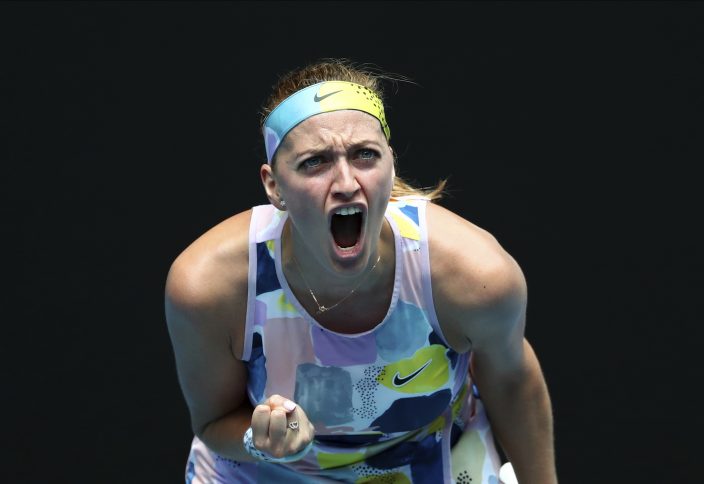 Petra Kvitova of the Czech Republic reacts after winning a point against Spain's Paula Badosa in their second round singles match at the Australian Open tennis championship in Melbourne, Australia, Wednesday, Jan. 22, 2020. (AP PhotoDita Alangkara)

“I hope you guys like the tennis that’s coming after my match,” third-seeded Osaka told the crowd in an on-court interview, “because it wasn’t that pretty.”

She had her service broken three times, including the one in the second set that caused a minor tantrum.

“I got really fired up when she was up ... and people started clapping more,” Osaka said. Asked what the crowd was clapping for, she said: “For the drama. I was complaining here, I was almost throwing my racket over there.” 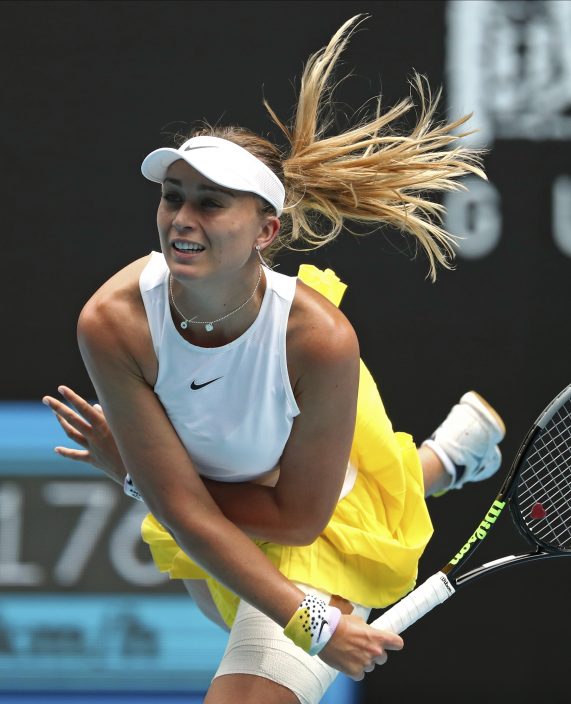 Osaka won back-to-back majors at the U.S. Open in 2018 and Australia last year. She was unable to successfully defend her U.S. title, and is using that as a learning experience here to counteract any nerves.

“I got that all out during the U..S Open. Coming here, I think about it as a new tournament,” she said. “The only thing that has changed is maybe people want to beat me more.”

One of those is two-time Wimbledon champion Kvitova, who had a comeback run at Melbourne Park last year before losing the final. 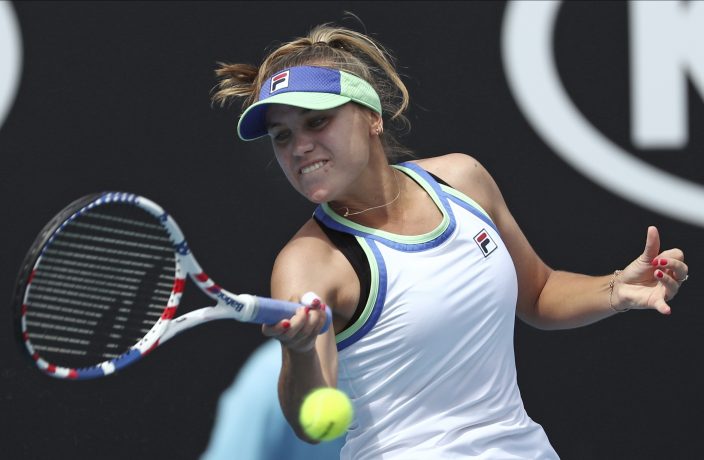 Sofia Kenin of the U.S. makes a forehand return to compatriot Ann Li during their second round singles match at the Australian Open tennis championship in Melbourne, Australia, Wednesday, Jan. 22, 2020. (AP PhotoDita Alangkara)

She said she had a few nerves in the second round, and had some difficulty with the breeze, but was otherwise OK.

“So far it’s good. Being in the third round of a Grand Slam (means) the tournament’s not ending,” she said.

Because of suspended matches from rain on Monday, eight first-round women's singles matches were not completed Tuesday. There were several still in progress when Osaka and Kvitova went through. 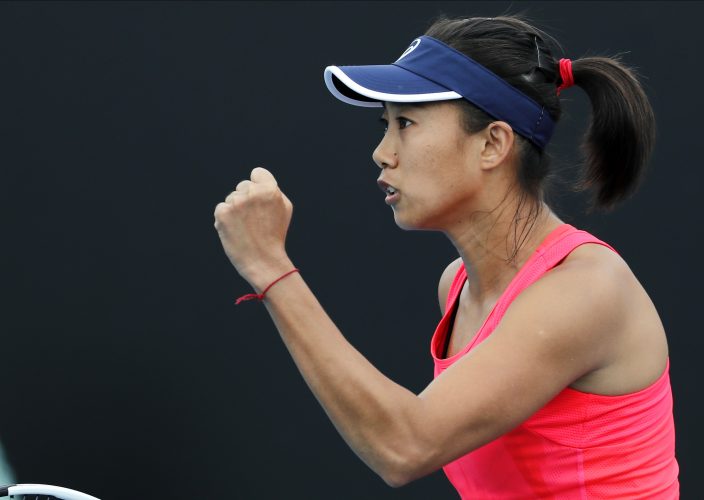 China's Zhang Shuai reacts during her second round singles match against Caty McNally of the U.S. at the Australian Open tennis championship in Melbourne, Australia, Wednesday, Jan. 22, 2020. (AP PhotoAndy Wong)

Sixth-seeded Stefanos Tsitsipas didn't even have to go on court to get through the second round, getting a walkover when Philipp Kohlschreiber withdrew from their scheduled match because of a muscle strain.