The Florida Panthers got Joel Quenneville a win in his return to Chicago, using a hat trick by Frank Vatrano to beat the Blackhawks 4-3 on Tuesday night for their sixth consecutive victory.

The 61-year-old Quenneville coached Chicago to three Stanley Cup championships and nine playoff appearances in 10-plus years before he was fired when the team got off to a lackluster start last season. He was hired by Florida in April, and the former NHL defenseman was showered with love in his first game back at the United Center.

The crowd of 21,559 roared and bellowed “Q!” during a sustained standing ovation after the Blackhawks aired a tribute video during the first period. One fan held up a sign that read “ThanQ.” 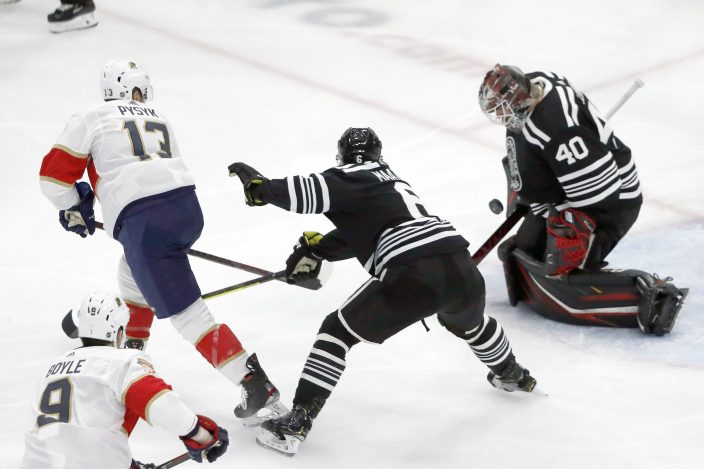 Quenneville smiled while he watched the video on the scoreboard, and then waved and mouthed “Thank you” while the crowd cheered.

“Very fortunate to have that type of career time here in Chicago and shared by a lot of people and feeling that today," Quenneville said before the victory. 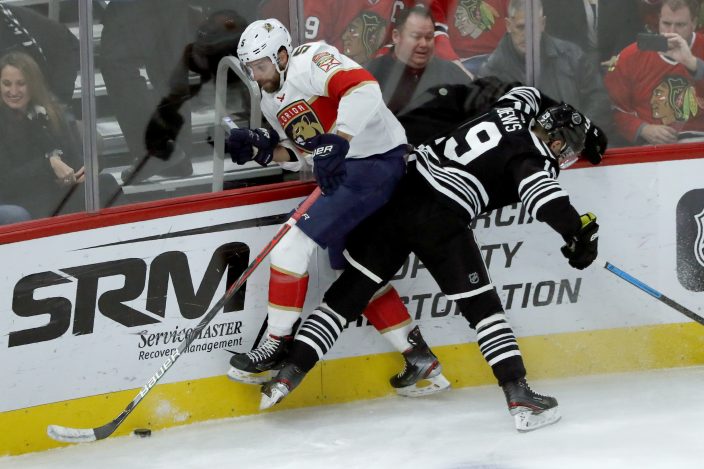 The Panthers (28-16-5) won for the seventh time in eight games overall, including a dramatic 5-4 victory at Minnesota on Monday night. They head into the All-Star break in prime position for their first playoff appearance since 2016.

The Blackhawks honored Kane before the game after he recorded his 1,000th career point during Sunday's 5-2 victory against Winnipeg. The All-Star forward was presented with an engraved gold puck and crystal commemorating the achievement. 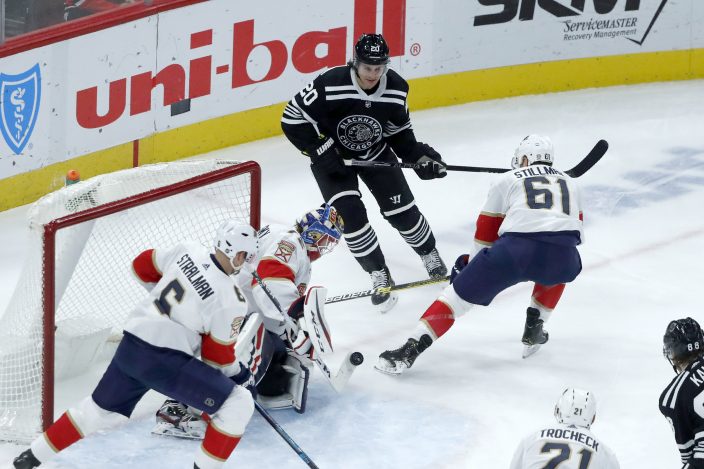 Quenneville also had a smile on his face while he watched the ceremony paying tribute to one of the players who rose to stardom while he was in Chicago.

Kane extended his point streak to 11 games when he drove a big slap shot by Bobrovsky with 1:15 left, trimming Florida's lead to 4-3. But captain Jonathan Toews was whistled for hooking with 31.7 seconds remaining, helping the Panthers hold on.

After a scoreless first period, Florida grabbed control with four in the second. 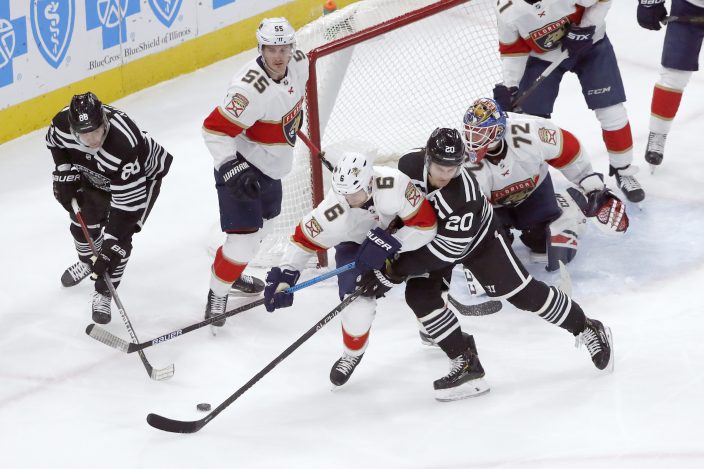 Dadonov stuffed home a backhand from in front before Vatrano beat Lehner from the right circle for a 2-0 lead at 6:14. Moments after the Panthers killed off a penalty, Vatrano slid a shot between Lehner's legs for a 3-0 lead midway through the period.

Dach got one back for Chicago with a slick backhand on his 19th birthday, but Florida opened a 4-1 lead when Hoffman's centering pass banked in off Vatrano's left skate. Vatrano's 14th goal completed his second career hat trick. 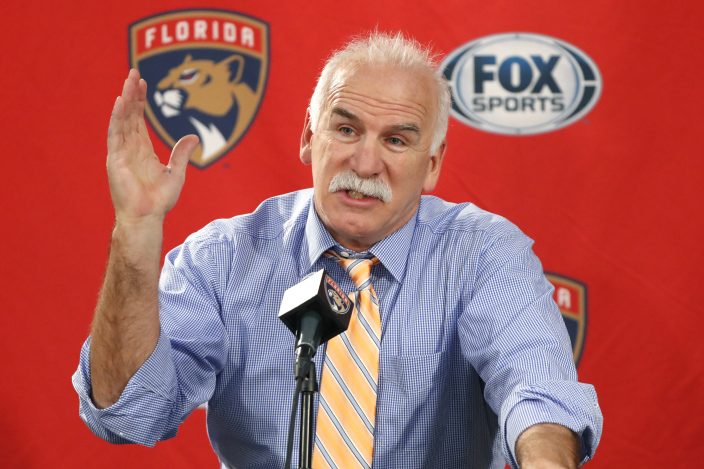 Florida Panthers head coach and former Chicago Blackhawks coach, Joel Quenneville, responds to a question during his first visit back to Chicago as a head coach before an NHL hockey game between the Blackhawks and Panthers Tuesday, Jan. 21, 2020, in Chicago. (AP PhotoCharles Rex Arbogast)

Panthers: At Montreal on Feb. 1.

Blackhawks: At Arizona on Feb. 1. 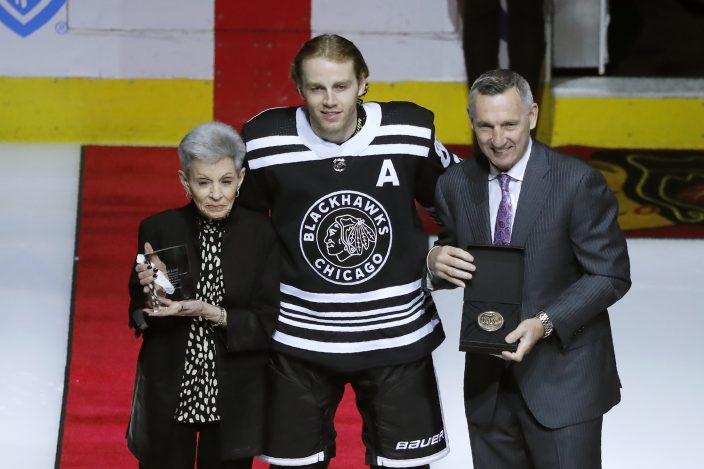 Chicago Blackhawks' Patrick Kane, center, stands with Jill Mikita, left, and Denis Savard as he is honored for his 1000th point before an NHL hockey game between the Blackhawks and Florida Panthers Tuesday, Jan. 21, 2020, in Chicago. (AP PhotoCharles Rex Arbogast)