Porzingis scored 10 points on 4-for-17 shooting in his return after missing 10 games with right knee soreness. Late in the first quarter, Powell went down on a non-contact play with a right Achilles tendon injury. 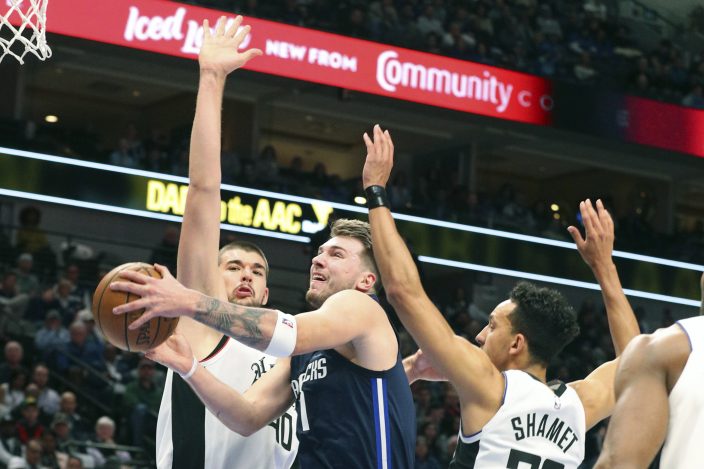 Luka Doncic had 36 points, 10 rebounds and nine assists for Dallas. He scored 24 points in the second half to help rally the Mavericks after they trailed by double digits from late in the second quarter through most of the third.

A see-saw fourth quarter turned on Shamet’s 3 from the left wing to give Los Angeles a 100-98 lead with 2:48 to play. Montrezl Harrell added two free throws, then Shamet sank another 3 from straight-on to put the Clippers up by seven. He finished with 18 points.

Maxi Kleber’s dunk brought the Mavs within 108-105, but after a Clippers turnover, Tim Hardaway Jr.’s potential tying 3 spun around and out. JaMychal Green missed two free throws, but then Doncic missed two — the second intentionally — and Leonard sealed it with two free throws. 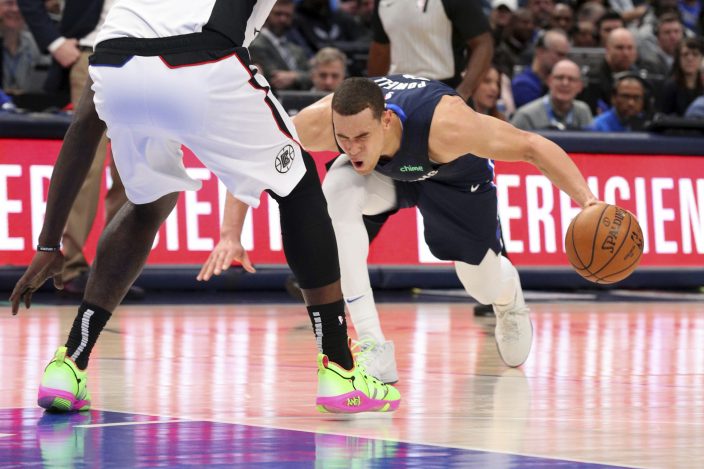 Dallas Mavericks forward Dwight Powell (7) stumbles due to injury in the first half of an NBA basketball game against the Los Angeles Clippers Tuesday, Jan. 21, 2020 in Dallas. (AP PhotoRichard W. Rodriguez)

With Powell out, Dallas got 16 valuable minutes from former Clipper Boban Marjanovic, who had 12 points and seven rebounds. His turnaround hook with 6:23 to play tied it at 90, capping a rally from a 14-point, second-half deficit.

Powell went down with 2:57 left in the first quarter. He started to drive toward the basket but fell to the ground and immediately slapped the floor in pain. He was helped to the locker room putting no weight on his right leg. 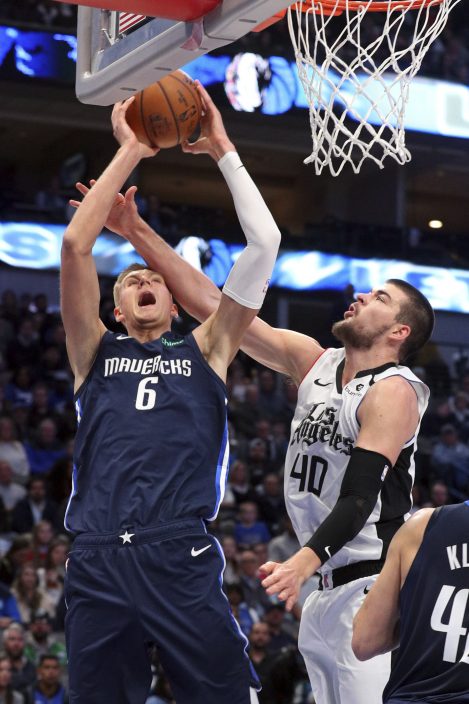 Dallas Mavericks forward Kristaps Porzingis (6) gets fouled as he goes up for a shot against Los Angeles Clippers center Ivica Zubac (40) during the first half of an NBA basketball game Tuesday, Jan. 21, 2020 in Dallas. (AP PhotoRichard W. Rodriguez)

The team later announced that Powell had an Achilles tendon injury and he was out for the game. Powell’s teammate J.J. Barea — who tore his right Achilles tendon last season — was distraught as Powell was taken off the court.

Powell was averaging nearly 10 points a game in 39 games prior to the injury. With Porzingis out, Powell averaged 13 points over 10 games on 71% shooting. 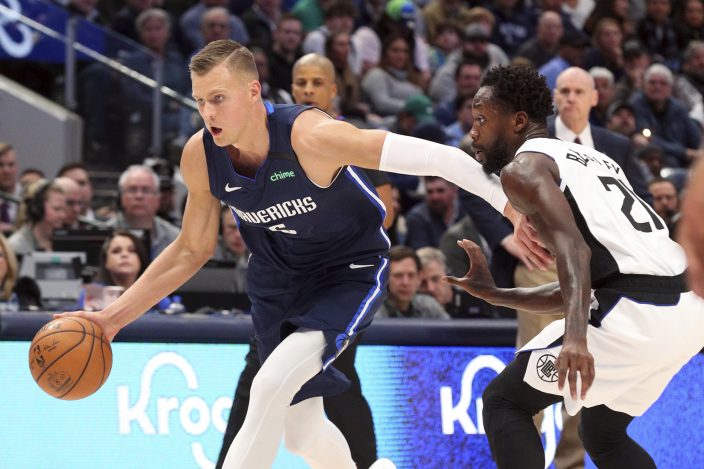 Clippers: F Paul George missed his sixth straight game with a left hamstring strain. ... G Patrick Beverley left in the second quarter with a groin injury and did not return. ... F Maurice Harkless returned after missing one game with a sore back.

Mavericks: Coach Rick Carlisle spoke before the game about Delonte West, who played for Dallas in 2011-12. A Maryland police officer has been suspended for shooting a video that shows West as he was being questioned while shirtless and handcuffed. “I think we all feel bad that he’s in the situation that he’s in,” Carlisle said. “The hope is that he will get help.”

Clippers: At Atlanta on Wednesday.

Mavericks: At Portland on Thursday.

Lawyer: Assange was offered US pardon if he cleared Rus ...