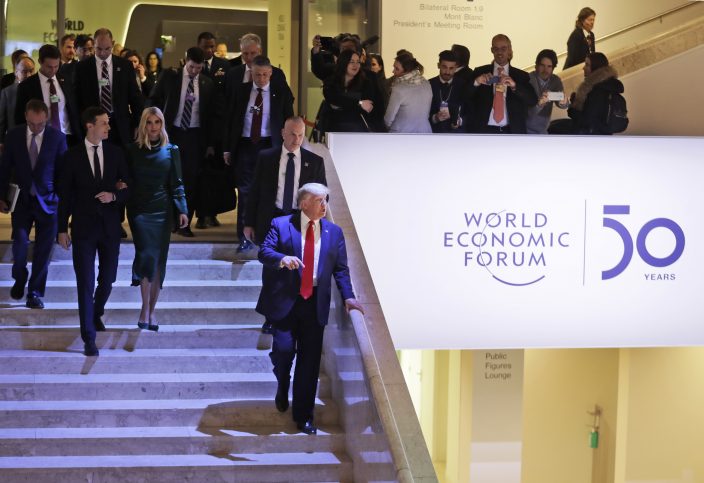 See full coverage of the impeachment inquiry in AP Newsroom.

CHINA-OUTBREAK — Chinese health authorities urge people in the city of Wuhan to avoid crowds and public gatherings after warning that a new viral illness infecting hundreds of people in the country and causing at least nine deaths could spread further. By Ken Moritsugu. SENT: 830 words, photos. With CHINA-OUTBREAK-US — Washington man is first in U.S. to catch new virus from China; CHINA-OUTBREAK-SCIENCE SAYS — What to know about the viral outbreak in China; NKOREA-CHINA-OUTBREAK — Tour agencies: North Korea bans foreign tourists over new virus. Also see CHINA-OUTBREAK-ECONOMY below.

ELECTION 2020-IOWA — Democratic White House hopefuls are campaigning in the more than two dozen Iowa counties that went from supporting Barack Obama to Donald Trump in 2016. They hope showing up in counties Democrats lost will help prove they can take on Trump this year. By Alexandra Jaffe and Thomas Beaumont. SENT: 850 words, photos. With ELECTION 2020-DEMOCRATS-UNITY — Democratic candidates vow unity, but conflict escalates.

Anti-government protesters throw firecrackers at riot police during a demonstration against the new government, near Parliament Square, in Beirut, Lebanon, early Wednesday, Jan. 22, 2020. A new Cabinet was announced in crisis-hit Lebanon late Tuesday, breaking a months-long impasse amid mass protests against the country's ruling elite and a crippling financial crisis, but demonstrations and violence continued. (AP PhotoHussein Malla)

AUSCHWITZ-HOLOCAUST-POLITICS — Over the next week, world leaders will gather twice to mark the 75th anniversary of the liberation of Auschwitz-Birkenau, the most notorious of Nazi Germany’s death camps. That there will be two competing ceremonies — one in Jerusalem and the other at the Auschwitz site in southern Poland— underlines how politically charged World War II remains as nationalist governments in Russia and Poland seek to use their own interpretation of the past for contemporary political gain. By Vanessa Gera and Aron Heller. SENT: 1,010 words, photos.

LEBANON-ANGRY-AT-BANKS — Many Lebanese have for long lived beyond their means, supporting their out-sized spending with loans and remittances from diaspora relatives. A severe financial crisis and unprecedented capital controls have put a stop to this, uniting rich and poor in anger against a banking system they accuse of holding their deposits hostage. By A.J. Naddaff. SENT: 1,110 words, photos. 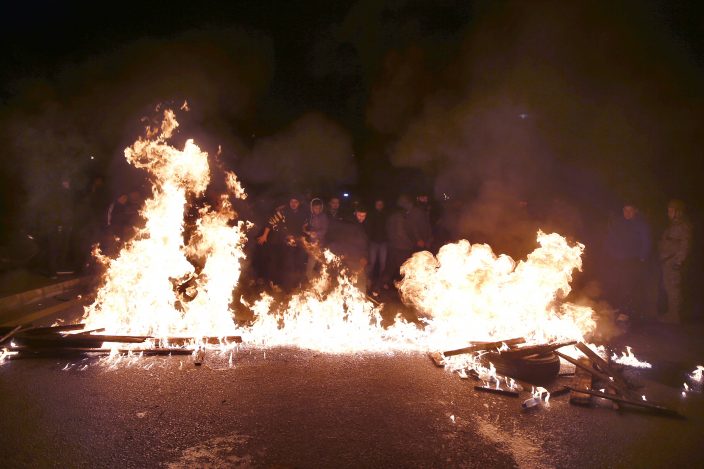 SEXUAL MISCONDUCT-WEINSTEIN — Harvey Weinstein spawned the #MeToo movement. Now, the former film titan is starring in the biggest trial of its era — a landmark moment in a global reckoning that has empowered women while shining a light on power dynamics in workplaces from Hollywood Boulevard to Main Street. By Michael R. Sisak and Tom Hays. SENT: 770 words, photos. 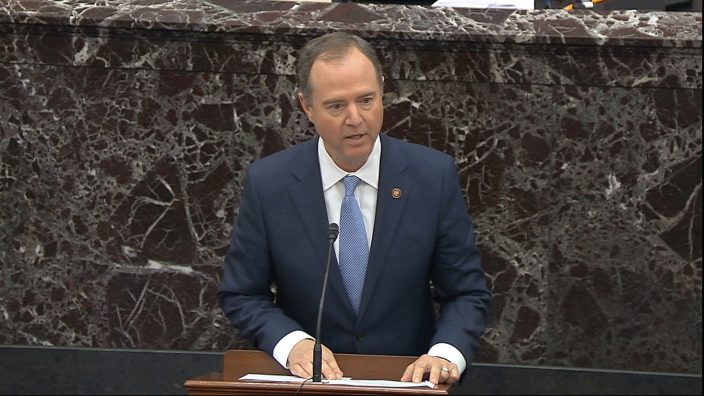 In this image from video, impeachment manager Rep. Adam Schiff, D-Calif., argues in favor of amendment regarding selective admission of evidence and handling of classified material that was offered by Senate Minority Leader Chuck Schumer, D-N.Y., during the impeachment trial against President Donald Trump in the Senate at the U.S. Capitol in Washington, Tuesday, Jan. 21, 2020. (Senate Television via AP)

This artist sketch depicts White House counsel Pat Cipollone speaking in the Senate chamber during the impeachment trial against President Donald Trump on charges of abuse of power and obstruction of Congress, at the Capitol in Washington, Tuesday, Jan. 21, 2020. (Dana Verkouteren via AP) 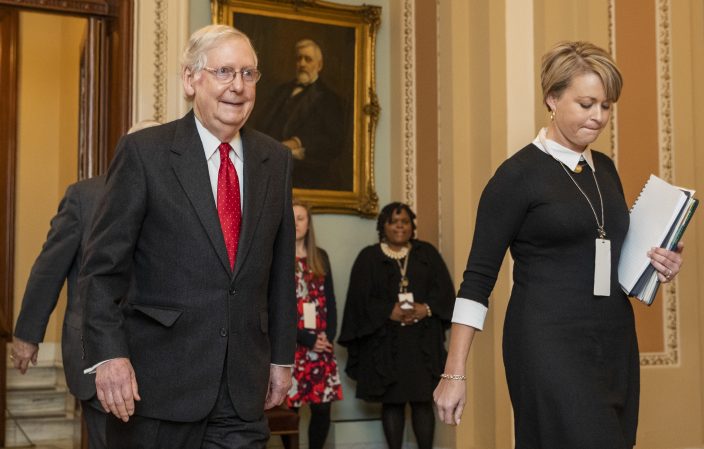 BOLIVIA-ERASING EVO — Across Bolivia, the interim government is taking down statues, painting over murals, changing the names of soccer fields and stadiums, and trying to erase the legacy of exiled former President Evo Morales. SENT: 960 words, photos.

CONVERSION-THERAPY-BAN-UTAH — The discredited practice of conversion therapy for LGBTQ children is now banned in Utah, making it the 19th state and one of the most conservative to prohibit it. SENT: 430 words, photos. UPCOMING: News conference at 11 a.m.

CHINA-OUTBREAK-ECONOMY — News that a new virus that has afflicted hundreds of people in central China can spread between humans rattles financial markets and raises concern it might wallop the economy just as it might be regaining momentum. By Business Writer Elaine Kurtenbach. SENT: 1,050 words, photos.

HALL OF FAME-LOOKING AHEAD — Derek Jeter's election to the Hall of Fame marks the seventh straight year with at least one first-ballot honoree, a streak that will probably end in 2021. By Baseball Writer Noah Trister. SENT: 600 words, photos.

GRAMMYS-OUSTED-CEO — The ousted Grammys CEO fires back at the Recording Academy, alleging that she was removed after complaining about sexual harassment and pay disparities and for calling out conflicts of interest in the nomination process for music's most prestigious awards. By Entertainment Writer Andrew Dalton. SENT: 1,030 words, photos.

Germany sweeps medals at home at men's skeleton wo ...

The landmark Jewish museum in Pola ...