President Donald Trump on Wednesday minimized the severity of head injuries sustained by U.S. troops during the Iranian missile strikes on two Iraqi air bases as he was pressed on why he'd claimed no troops had been injured in the attacks.

“I heard they had headaches and a couple of other things ... and I can report it is not very serious,” Trump said at a press conference in Davos, Switzerland, arguing that potential traumatic brain injuries are less severe than, say, missing limbs.

“No, I don't consider them very serious injuries relative to other injuries that I've seen,” the Republican president said. “I've seen what Iran has done with their roadside bombs to our troops. I've seen people with no legs and with no arms. I've seen people that were horribly, horribly injured in that area, that war." 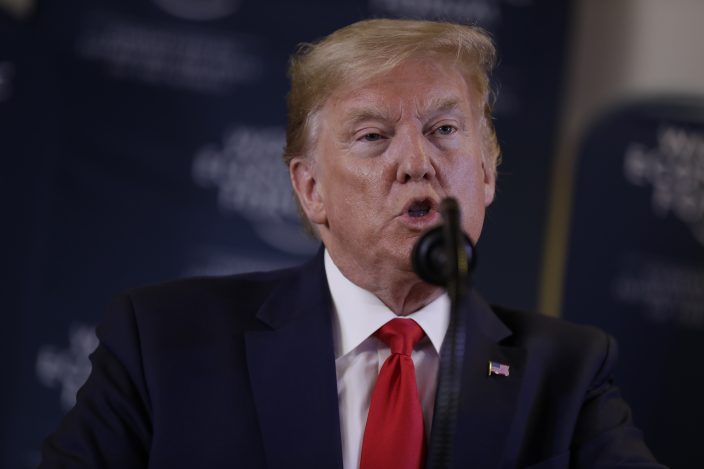 US President Donald Trump speaks during a news conference at the World Economic Forum in Davos, Switzerland, Wednesday, Jan. 22, 2020. Trump's two-day stay in Davos is a test of his ability to balance anger over being impeached with a desire to project leadership on the world stage. (AP PhotoEvan Vucci)

“No, I do not consider that to be bad injuries, no,” he added.

Trump has repeatedly claimed that no Americans were harmed in the Iranian missile strikes on Jan. 8, which came in retaliation for a U.S. drone strike that killed Qassem Soleimani, Iran's most powerful military general.

The question of American casualties was especially significant at the time because Trump cited the fact that no Americans were killed or inured as driving his decision not to retaliate further and risk a broader war with Iran.

And U.S. defense officials said Tuesday that additional U.S. troops had been flown out of Iraq for closer evaluation of potential concussion injuries. The number of troops flown to Germany was not immediately clear, but officials said it was a small number.

Trump told reporters he was informed of the concussion issue “numerous days” after the attack.