Venezuela’s opposition leader said Wednesday that he wants the European Union to broaden sanctions against members of the Venezuelan government as a way to push toward free presidential elections in the country.

Speaking in Brussels during a global tour that defied a year-long travel ban at home and sought allies’ support to oust Venezuelan President Nicolás Maduro, Juan Guaidó also told The Associated Press that he is seeking a meeting with President Donald Trump in Washington.

“We are making all efforts to align as many agendas as possible,” he said in an interview. “We don’t rule it out. We are looking for a space.” Guaidó just missed an opportunity to meet the U.S. president in Europe. Trump was at the economic forum in the Swiss mountain resort of Davos on Tuesday and Wednesday, where the Venezuelan politician has a scheduled appearance on Thursday before he continues what he called an “intense agenda” that could also take him to France and Spain.

A year ago, Trump’s administration rushed to throw its support behind Guaidó, the speaker of the opposition-controlled National Assembly, recognizing him as the country's legitimate president.

About 60 nations have also backed him, contending that Maduro's 2018 re-election was invalid and marred by fraud. Guaidó, however, has been unable to remove the Venezuelan president from power. Maduro controls key government institutions, the Supreme Court, the electoral board and the military. 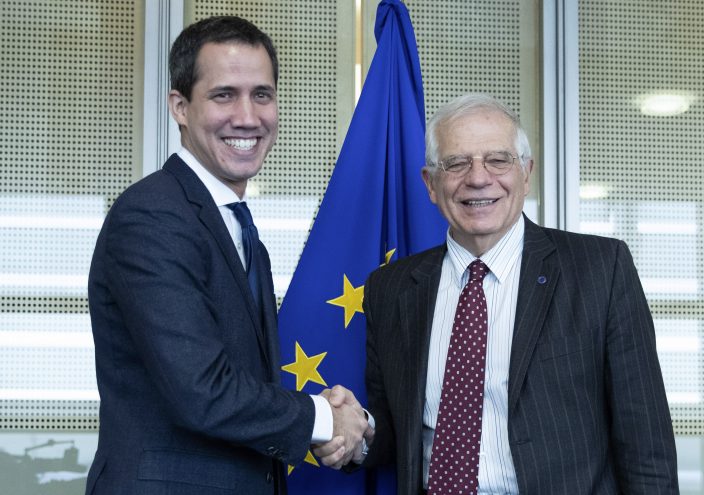 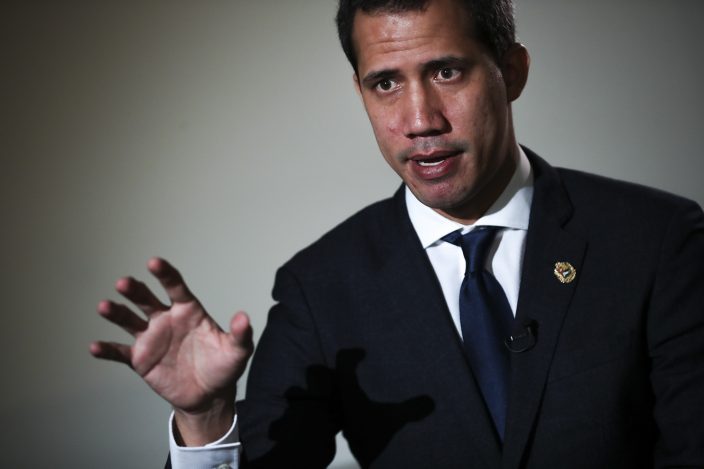 Leader of Venezuela's political opposition Juan Guaido talks to a journalist during an interview with Associated Press in Brussels, Wednesday, Jan. 22, 2020. Intelligence police raided the office of Juan Guaidó on Tuesday, while the U.S.-backed opposition leader was travelling in Europe seeking to bolster support for his campaign to oust Venezuelan President Nicolás Maduro. (AP PhotoFrancisco Seco)

Joonas Donskoi scored in the shoot ...

Schumer raises security concerns on TSA's use of T ...

The Senate’s top Democrat is raisi ...