Long stints atop U.S. men's figure skating were common for decades. No fewer than eight skaters, including Dick Button, Scott Hamilton and Brian Boitano, have reigned for at least four straight years.

Boitano was the most recent American to manage the feat, though, and that was in 1988. Quadruple jumps were something new back then.

Nathan Chen, master of the quad, is on the verge of skating off with his fourth consecutive title at the U.S. Championships this week. He says such an achievement is not front and center in his mind. 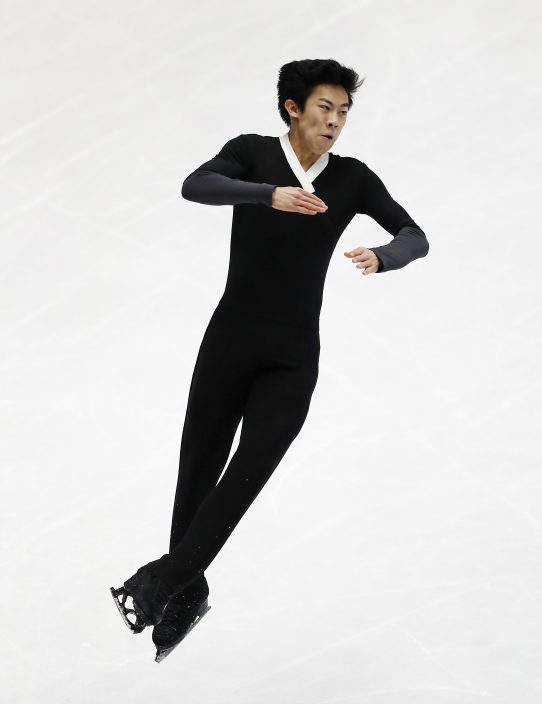 FILE - In this March 24, 2018, file photo, United States' Nathan Chen performs during men's free skate at the Figure Skating World Championships in Assago, near Milan, Italy. Chen, master of the quad, is on the verge of skating off with his fourth consecutive title at the U.S. Championships this week. (AP PhotoAntonio Calanni, File)

“I have never really thought about that,” the 20-year-old Chen says. "It's awesome to be able to be in a position for that to possibly happen. Of course, going to competitions you are driven by wanting to medal, wanting to, of course, stand on the top of the podium. But regardless, that is based on how results are scored and how the rest of the skaters do, and that is something that you can't really control.

“I don't like to typically think about that, but the fact of the matter is these guys have done that and that is incredible and it is amazing to be able to follow in these guys' footsteps.”

Except that Chen, who also has won the past two world championships, has done a lot more than follow in their skate tracks. Yes, Hamilton was a trendsetter for his simplified costumes and his showmanship as a competitor — and then as a figure skating entrepreneur, spokesman and advocate. Boitano was as precise a skater as the U.S. brand of the sport has ever seen, equally superb technically and artistically. 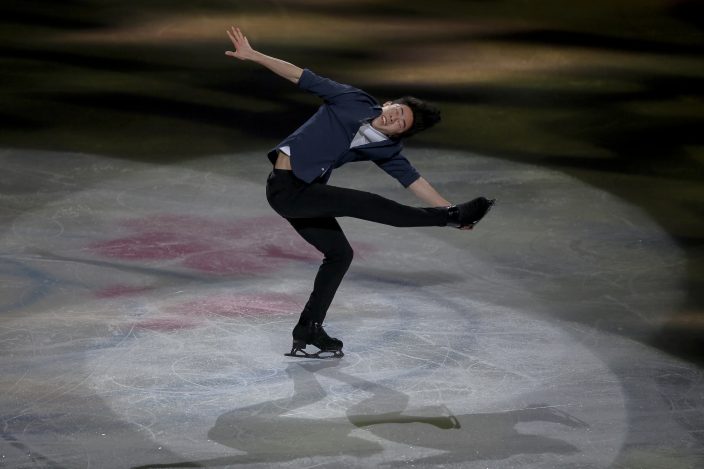 FILE - In this March 24, 2019, file photo, Nathan Chen from the United States performs during the gala exhibition for the ISU World Figure Skating Championships at Saitama Super Arena in Saitama, north of Tokyo. Chen, master of the quad, is on the verge of skating off with his fourth consecutive title at the U.S. Championships this week. (AP PhotoAnnice Lyn, File)

Neither truly tested the technical boundaries the way Chen has. He hasn't lost a competition since his mistake-riddled short program at the 2018 Olympics ruined any chance for a medal. (He did win team bronze at those games.) He won both of his Grand Prix events this season, then easily took the Grand Prix Final.

Along the way, he's shattered points records and, at least for now, surpassed two-time Olympic gold medalist Yuzuru Hanyu of Japan as the preeminent men's skater.

But Chen isn't thinking about the bigger picture right now. A full-time student at Yale and coming off a short illness, he's likely to cut back on his free skate program at nationals.

“Right now I'm trying to get my job done,” he says. "Things didn't kind of go exactly as I planned to during training, so I'm trying to utilize what time I have ... to get myself as ready as possible and put down whatever programs I can do to maintain my composure and my health throughout the rest of the season.

“I don't think that it is necessary to put a strain on my body to push through and do the exact same content I was doing the rest of the season. And personally, I don't think I am ready for that right now.”

Chen knows he must be prepared by mid-March for worlds, where — unlike at nationals — he will be strongly tested by the competition. By the way, the last American to win three consecutive world crowns was Hamilton, who took four in a row from 1981-84.

“I want to continue pushing myself as much as I can,” Chen says. "I think there are limitations to the human body, so I'm not sure how much you can push it. I am excited to see what the other guys are going to do — you can't count them out in conversations as far as projecting the sport and see where that goes. And hopefully that will give me motivation for what I can do.

“As of now I still have less than two years before the next (Olympic) games. In that time I would still love to keep improving ... to make myself even more of a full-package skater so to speak.”

Chen soars to personal best and US short program victory

Biles leads US Championships despite somewhat off night

Mikulak surges to lead at US Gymnastics Championships