As in every transfer window, a slew of Brazilian soccer talents are being linked with big-money moves to the top European leagues.

Here's a look at some of the young Brazilian players who could end up at a new club before the end of the January window: 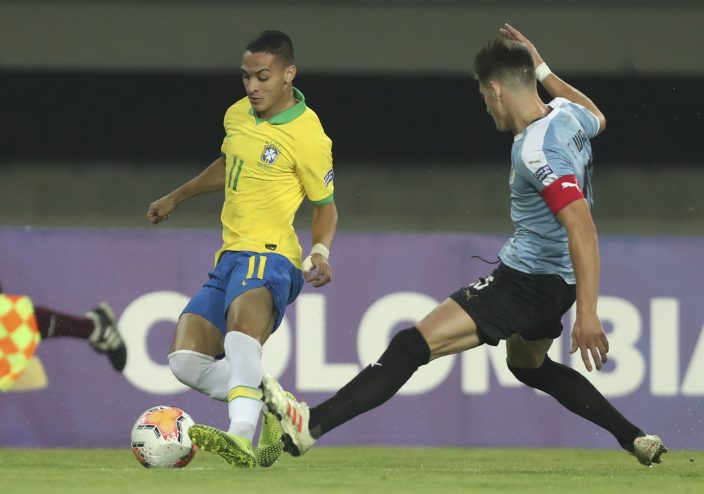 The 21-year-old Corinthians playmaker scored seven goals in 54 matches last year and is viewed as the most creative player in Brazil's Under-23 team at the ongoing Olympic qualifying tournament in Colombia.

The 22-year-old Gremio midfielder has already caught the attention of Brazil coach Tite, who called him up for two friendlies in 2019. He is seen as a future replacement for Fernandinho in Brazil's national team, but his style is more similar to Barcelona's Arthur, with great passing skills and the ability to score from distance.

The 19-year-old Sao Paulo forward was the top scorer of Brazil's U23 team in 2019, netting five times in nine games. He is often compared to Tottenham's Lucas Moura. Germany's Red Bull Leipzig has already had a 20-million-euro offer rejected, while Manchester City is reportedly keen on him as well.

The 17-year-old right-winger was named best player at last year's U17 World Cup in Brazil, leading the host to the title. He has already scored two goals for Palmeiras as a professional. Verón will only be allowed to join a foreign club after he turns 18 in September. But teams could be tempted to strik a deal with the starlet right away.

The mounting death toll from the v ...

Brazilian youngsters could get midseason transfers to Europe