Luka Doncic scored 27 points to go with nine assists and six rebounds, and the Dallas Mavericks made 22 3-pointers to defeat the Portland Trail Blazers 133-125 on Thursday night.

Doncic scored 20 of his points in the first half, and had plenty of help in the win. The Mavericks had six players make at least three 3-pointers, and it was the sixth time this season the Mavericks made 20 3s, with Seth Curry and Jalen Brunson leading the way with four each.

The 43 combined 3-pointers made by Dallas and Portland tied an NBA record. 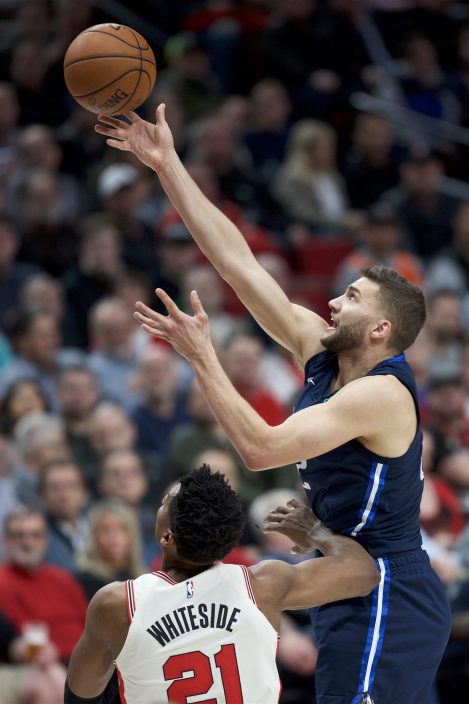 One game after scoring a career-high 61 points, Damian Lillard finished with 47 points for Portland in the loss. He became the first player in franchise history to score 100 points over two games.

Trevor Ariza, recently acquired in a trade from Sacramento, scored a season-high 21 in his Portland debut.

Lillard’s hot shooting alone wasn’t enough to stay in front of a high-powered Mavericks team that has the league’s No. 1 ranked offense. Although Dallas went off for a monstrous 45-point quarter to begin the game, Lillard kept Portland within striking distance. 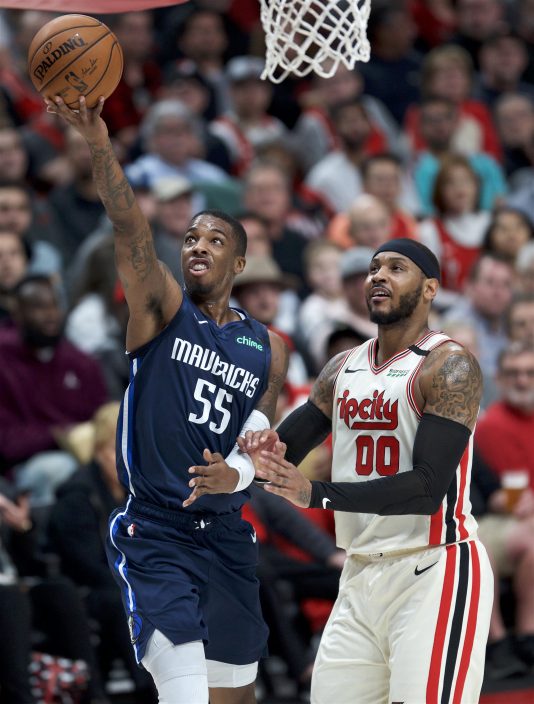 After the Mavericks' lead ballooned to as much as 25 in the third quarter, Lillard got hot again. He scored nine straight points in the third quarter to cut the lead to 11 with under five minutes left in the quarter. Another 3-pointer by Carmelo Anthony cut the lead to eight and it was a 17-0 run before the Mavericks snapped it on a 3-pointer from Dorian Finney-Smith with 3:19 left in the third. Dallas led 103-90 after three quarters.

Mavericks: Doncic earned his first All-Star selection Thursday. “So excited for him, so excited for our franchise," coach Rick Carlisle said. “It’s so well-deserved. It’s just a really exciting time — for our team, for him, for his career and certainly the future.” The NBA announced that Doncic would be in the pool of starting players from the Eastern and Western Conference to be selected by All-Star captains LeBron James and Giannis Antetokounmpo.

Trail Blazers: Thursday was the first game for three new players on the Blazers acquired in a trade from Sacramento: Ariza, Caleb Swanigan and Wenyen Gabriel. Coach Terry Stotts told reporters that Ariza would start upon arrival and that his veteran experience makes it easier for Portland to operate like usual. “A lot of the actions, he’s seen before,” Stotts said. “We’ve thrown a lot at him. Since he’ll be out there with four other guys who know what’s going on, it shouldn’t be too difficult for him. For other players, it will be more difficult.”

Mavericks: at Utah on Saturday night.