The American tanker plane that crashed while fighting Australian wildfires had just dropped a load of retardant on a fire before it went down in New South Wales state, investigators said Friday.

The crash occurred during an unprecedented wildfire season that has left a large swath of destruction in Australia's southeast. 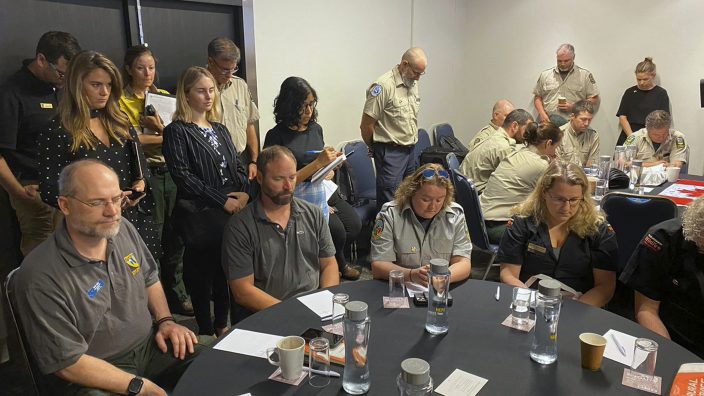 In this photo provided by the Rural Fire Service (RFS), U.S. and Canadian firefighters, who are wrapping up their deployment to Australia, pause for a minute's silence in Sydney, Friday, Jan. 24, 2020, for the three American crew members killed Thursday. The three American firefighters were killed when the aerial water tanker they were in crashed while battling wildfires. (RFS via AP)

Specialist investigators were sent to the crash site in the state’s Snowy Monaro region and a team was working to recover the victims' bodies, Australian Transport Safety Bureau Chief Commissioner Greg Hood told reporters in the nearby town of Numeralla.

He described a difficult process of securing evidence of the crash and the victims' remains, since the wildfire is still burning and potential hazards such as aviation fuel are present.

Upward of 500 firefighting aircraft from several countries are fighting Australia's wildfires, Hood said, adding “So, if there are lessons to be learned from this particular accident it's really important that not only Australia learns these, but the world learns them.” 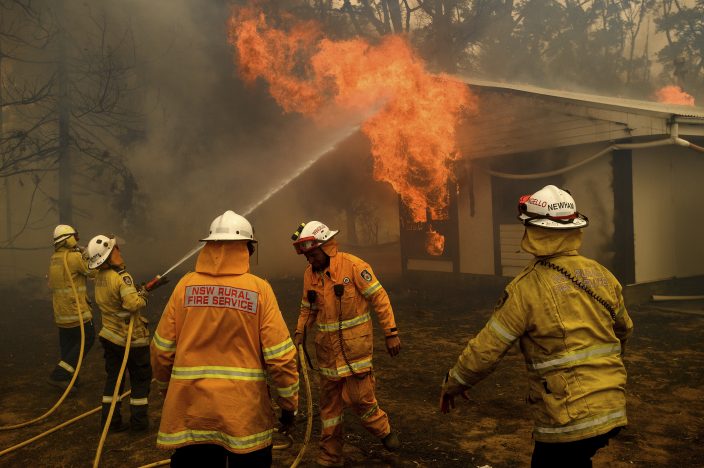 He and other Australian officials extended condolences on the deaths of the three Americans.

Coulson Aviation said McBeth “was a highly qualified and respected C-130 pilot with many years fighting fire, both in the military and with Coulson Aviation."

McBeth, who is survived by his wife and three children, also served with the Montana and Wyoming National Guard, the company said. 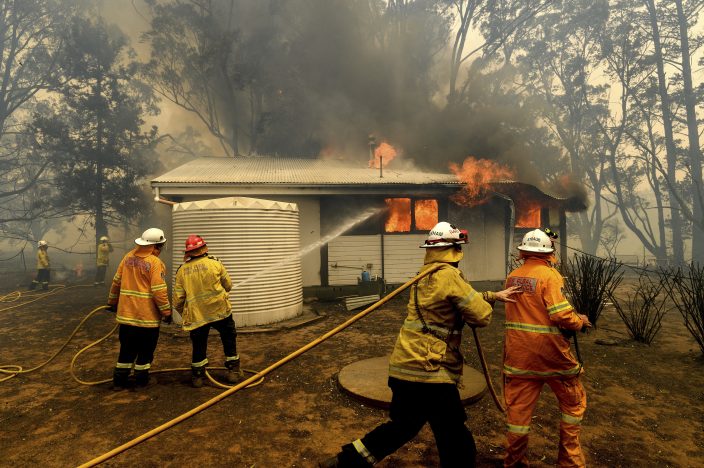 Hudson “graduated from the Naval Academy in 1999 and spent the next twenty years serving in the United States Marine Corp in a number of positions including C-130 pilot," Coulson said. He is survived by his wife.

“Rick's passion was always flying and his children," Coulson said. He is survived by two children, his parents and his sister. 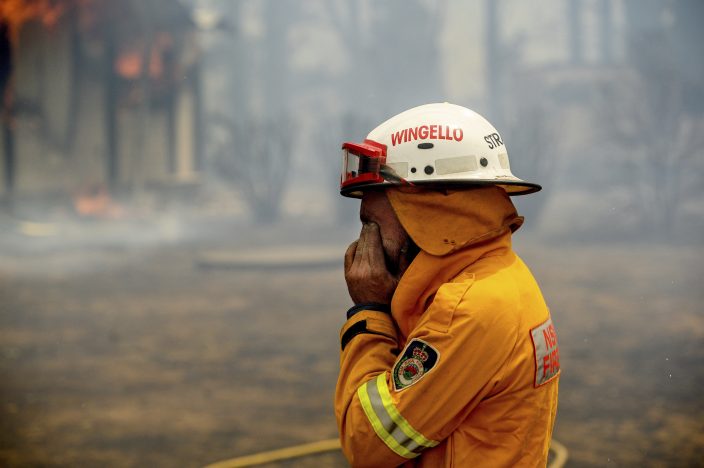 New South Wales Premier Gladys Berejiklian said a memorial service would be held in Sydney on Feb. 23 for the American firefighters and three Australian volunteer firefighters who have died during this wildfire season.

"We will pay tribute to the brave firefighters who lost their own lives protecting the lives and properties of others," she said.

“I know that many members of the public, the RFS (Rural Fire Service), and emergency services personnel will want to come together as families and communities work their way through this unbelievable loss.” 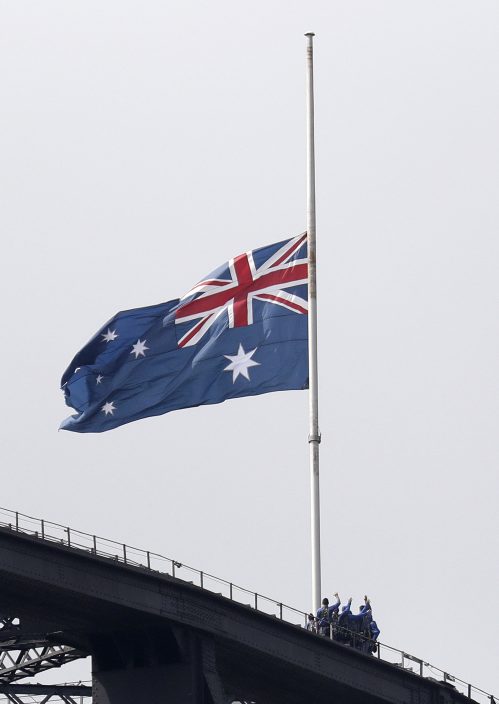 People climbing the Sydney Harbour Bridge stop under a flag flying at half-mast as mark of mourning and respect in Sydney Friday, Jan. 24, 2020, for three U.S. crew members of an aerial water tanker that crashed Thursday while battling wildfires in Australia. (AP PhotoRick Rycroft)

The three deaths brings Australia's toll from the blazes to at least 31 since September. The fires have also destroyed more than 2,600 homes and razed more than 10.4 million hectares (25.7 million acres), an area bigger than the U.S. state of Indiana.

Berejiklian said more than 1,700 volunteers and personnel were in the field, and five fires were being described at an “emergency warning" level — the most dangerous on a three-tier scale — across the state and on the fringes of the national capital Canberra.