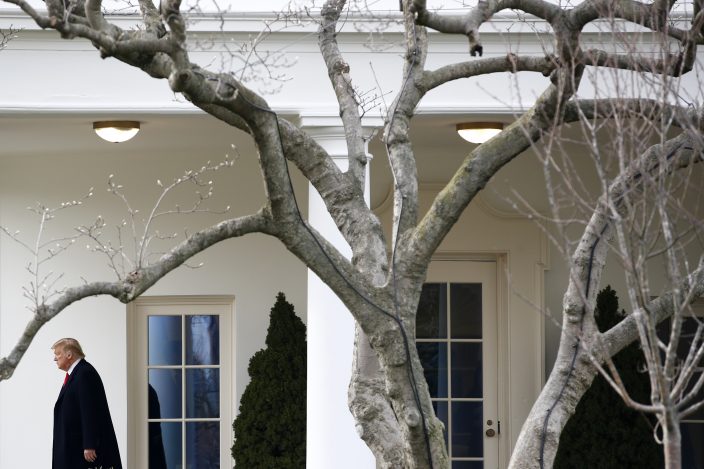 President Donald Trump walks to the South Lawn of the White House in Washington, Thursday, Jan. 23, 2020, to board Marine One for a short trip to Andrews Air Force Base, Md., and then on to Doral, Fla., for the Republican National Committee's winter meeting. (AP PhotoPatrick Semansky)

TRUMP-IMPEACHMENT-SCHIFF — Republicans are complimentary of Rep. Adam Schiff but say they have learned nothing new about the case. By Mary Clare Jalonick. SENT: 1,200 words, photos, video. Also see MORE ON IMPEACHMENT below.

Workers stand amid heavy equipment at a construction site for a field hospital in Wuhan in central China's Hubei Province, Friday, Jan. 24, 2020. China is swiftly building a hospital dedicated to treating patients infected with a new virus that has killed 26 people, sickened hundreds and prompted unprecedented lockdowns of cities home to millions of people during the country's most important holiday. (Chinatopix via AP)

See full coverage of the impeachment inquiry in AP Newsroom.

CHINA-OUTBREAK — China is swiftly building a 1,000-bed hospital dedicated to patients infected with a new virus that has killed 26 people, sickened hundreds and prompted unprecedented lockdowns of cities during the country's most important holiday. By Yanan Wang. SENT: 850 words, photos. With CHINA-OUTBREAK-CITIES CUT OFF — Social controls, SARS experience help China close off cities.

ELECTION 2020-EARLY VOTING — The Iowa caucuses haven't yet happened, but millions of Americans are already free to vote. Many of the Super Tuesday states that hold primaries on March 3 offer early voting. By Kathleen Ronayne. SENT: 1,050 words, photo. 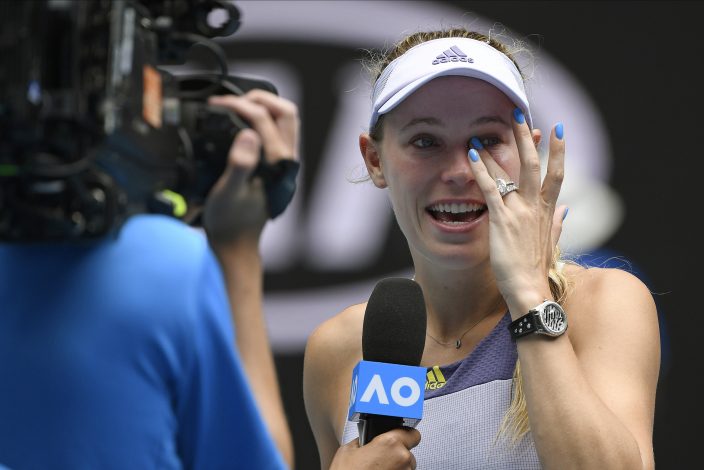 FRANCE-ATTACKS-FATHERS FRIENDSHIP — One lost his daughter when Islamic State gunmen stormed a Paris concert hall during a night of terror in November 2015. The other lost his son the same night — because he was one of the killers, who died in the gunbattle with police that finally ended the bloodshed that night. They have struck up an unlikely friendship and written a book together about family, fear and extremism. By Lori Hinnant. UPCOMING: 900 words by 4 a.m., photos.

RUSSIA-AUSCHWITZ SURVIVOR — A Russian man who was arrested by the Nazis as a teenager and sent to the Auschwitz death camp is still amazed 75 years later that he survived the ordeal. By Olga Tregubova. SENT: 640 words, photos. 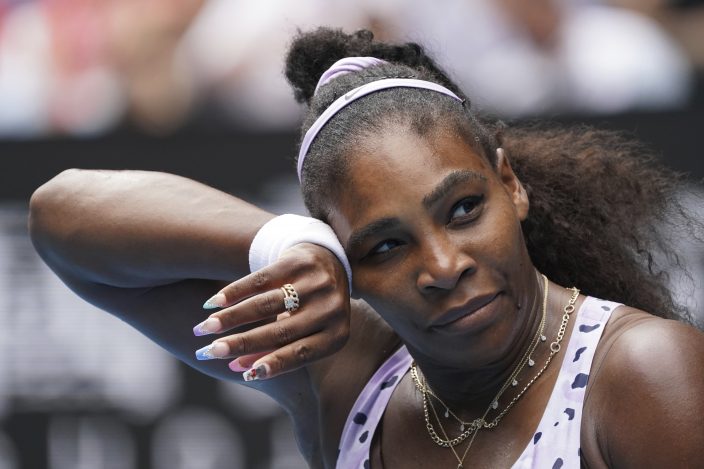 Serena Williams of the U.S. wipes her face as she plays China's Wang Qiang in their third round singles match at the Australian Open tennis championship in Melbourne, Australia, Friday, Jan. 24, 2020. (AP PhotoLee Jin-man)

TRUMP-IMPEACHMENT-DERSHOWITZ — Trump's impeachment is the latest high-profile case Alan Dershowitz has participated in over the last half-century, but perhaps no other work he's done has so befuddled his associates, friends and former students. By Eric Tucker and Zeke Miller. SENT: 1,050 words, photos.

ELECTION 2020-DEMOCRATS — With primary voting just over a week away, each of the Democratic Party's leading presidential candidates has glaring holes in his or her political bases. By National Political Writer Steve Peoples. SENT: 1,130 words, photos.

TRUMP-ABORTION — Trump will become the first sitting president to address the March for Life when he takes the stage at the annual anti-abortion gathering. SENT: 1,110 words, photo. UPCOMING: 990 words after 12:15 p.m. speech.

AUSTRALIA WILDFIRES — The American tanker plane that crashed while fighting Australian wildfires had just dropped a load of retardant on a fire before it went down in New South Wales state, investigators say. SENT: 600 words, photos.

CENTRAL AMERICA-MIGRANTS — Some see an end to migrant caravans after hundreds of Central Americans were hauled onto to buses by Mexican national guardsmen. SENT: 1,020 words, photos.

MEXICO-RECRUITING CHILDREN — One day after a vigilante group revealed that it is using children as young as 8 as “recruits” for armed defense patrols, Mexico's president says that drug cartels too are recruiting ever-younger kids. SENT: 570 words, photo.

ITALY WITHERING LEFT — This weekend's regional elections in the left-wing stronghold of Emilia Romagna will be a test of Rome's weak coalition government. UPCOMING: By 6 a.m., photos.

ALASKA-MARIJUANA — Marijuana shops in Alaska will be among the first nationally where onsite use would be permitted. SENT: 340 words, photo.

DOT-ORG-DOMAIN-NAMES — The company that controls the dot-org online universe is putting the registry of domain names up for sale, and the nonprofits that often use the suffix in their websites are raising concerns about the move. SENT: 760 words.

AUSTRALIAN OPEN — “I'm better than that." Serena Williams stunned in the third round of the Australian Open by 27th-seeded Wang Qiang of China in three sets. By Tennis Writer Howard Fendrich. SENT: 1,190 words, photos.

USA GYMNASTICS-CULTURE WAR — Olympic champion Simone Biles is “optimistic” about the direction of USA Gymnastics, saying the organization seems open to change in the wake of the Larry Nassar scandal. By Sports Writer Will Graves. SENT: 1,620 words, photos.

ON BASKETBALL-VOTING FARCE — Too many NBA players again have made a mockery of their vote to decide which colleagues should start the league's annual showcase. By Basketball Writer Tim Reynolds. SENT: 870 words, photos.

Can AI flag disease outbreaks faster than humans? Not q ...

Did an artificial-intelligence sys ...

The unusual method was to ensure p ...