A quick look at the Australian Open:

They were born a month apart, two 34-year-olds who, as they would say in Australia, are as different as chalk and cheese. John Isner is tall and lanky, 10 inches taller in fact than Stan Wawrinka. The Swiss-born Wawrinka has won three Grand Slam singles titles, including the 2014 Australian Open. The closest the American Isner has come to winning a singles major was the semifinals at Wimbledon in 2018. Their divergent paths will merge in the third round at Melbourne Park. They haven't played on outdoor hard courts since 2009 in Tokyo, when Wawrinka won. Isner has won three of their meetings since, including on clay at Rome in 2017. "We all know he is a very dangerous player, serving big," Wawrinka said. "You don't get a lot of opportunity. You need to stay strong, be aggressive, try to make him play as much as possible. That's it. Stay positive." Top-seeded Rafael Nadal plays Pablo Carreno Busta, Nick Kyrgios takes on Karen Khachanov and Alexander Zverev plays Fernando Verdasco in other men's third-round matches. Second-seeded Katarina Pliskova plays Anastasia Pavlyuchenkova and unseeded American CiCi Bellis, playing on a protected following four surgeries on her arm, plays Elise Mertens. 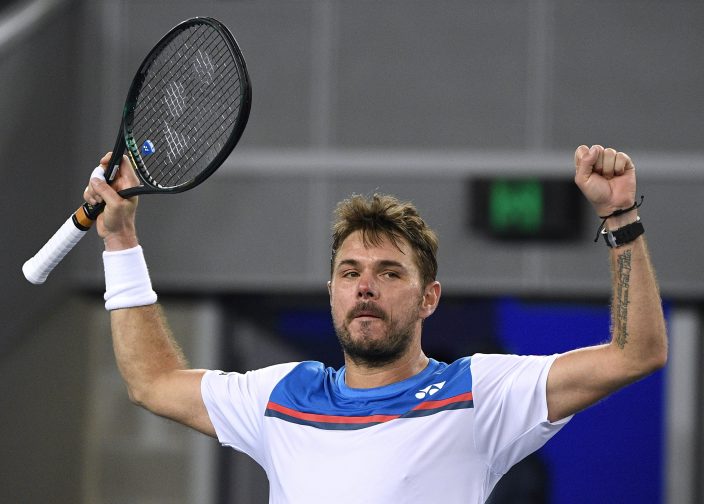 STAT OF THE DAY: 8 — number of Grand Slam tournaments Serena Williams has played without winning adding to her 23 major singles title.

QUOTE OF THE DAY: “I think it's fitting that my last match should be a three-setter, a grinder, and finish with a forehand error. These are things I've been working on my whole career, but I guess it was just meant to be" — Caroline Wozniacki smiles through her tears in a court-side interview before she heads into retirement.

Australian Open Glance: Nadal-Thiem QF could be a long one