Playing nothing like what her age or her ranking would suggest, Coco Gauff steadily made her way to her latest Grand Slam upset, eliminating defending champion Naomi Osaka in the Australian Open's third round 6-3, 6-4 on Friday.

The 15-year-old American became the youngest player to beat a top-five opponent in a women's tour-level match since Jennifer Capriati did it at 15 in 1991.

Gauff pulled this off with some big serving, consistent groundstrokes and by letting Osaka largely be her own undoing. 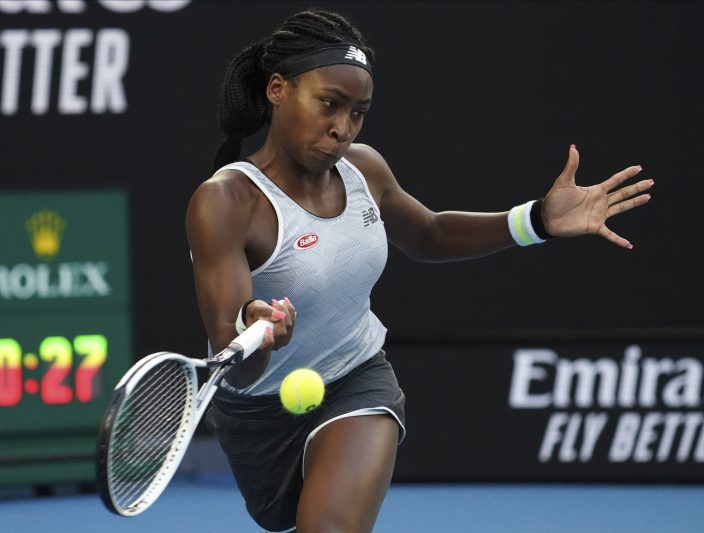 Coco Gauff of the U.S. makes a forehand return to Japan's Naomi Osaka during their third round singles match at the Australian Open tennis championship in Melbourne, Australia, Friday, Jan. 24, 2020. (AP PhotoLee Jin-man)

Osaka made 30 unforced errors, Gauff merely 17. This was a rematch of a third-round match at the U.S. Open last September, which Osaka won in straight sets.

But Gauff's game is growing so quickly.

Osaka, for her part, made her own rapid ascent to the top of tennis, claiming the trophies at the U.S. Open in 2018 and Australian Open in 2019 to rise to No. 1 in the WTA rankings. She is only 22 herself. 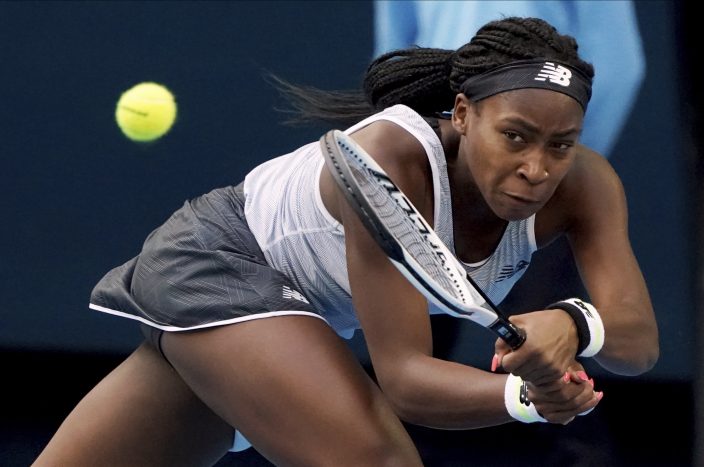 Coco Gauff of the U.S. makes a backhand return to Japan's Naomi Osaka during their third round singles match at the Australian Open tennis championship in Melbourne, Australia, Friday, Jan. 24, 2020. (AP PhotoLee Jin-man)

Seems old by comparison, of course.

There were the occasional signs that Gauff is not a fully formed player — or person — just yet. For example, leading by a set and a break, serving at 1-0, 40-15, Gauff double-faulted twice in one game to get broken for the first time. It was a rare lapse, though — and one to be expected at this stage of her life and career.

One reminder of just how young Gauff is: Most of the entrants in the junior Australian Open are older than she is.

And another: She doesn't have an official driver's license quite yet, still practicing behind the wheel with a learner's permit.

Still, she plays far beyond her years. Her composure, on and off the court, is remarkable.

That all helped Gauff become the first American in 30 years to reach at least the third round in each of her first three major appearances.