Shreyas Iyer emerged as a new star of Indian cricket Friday when his calm, unbeaten half-century clinched a six-wicket win for his team over New Zealand in a high-scoring Twenty20 international.

K.L. Rahul (56) and Virat Kohli (45) shared a 99-run partnership for the second wicket, setting the foundation for India's chase to New Zealand's formidable 203-5.

The batsmen were out in quick succession, leaving India in a difficult position at 121-3. But Iyer, who has already made a name for himself in the Indian Premier League, closed out the win by hitting 58 from 29 balls in an unbroken 62-run partnership with Manish Pandey (14). 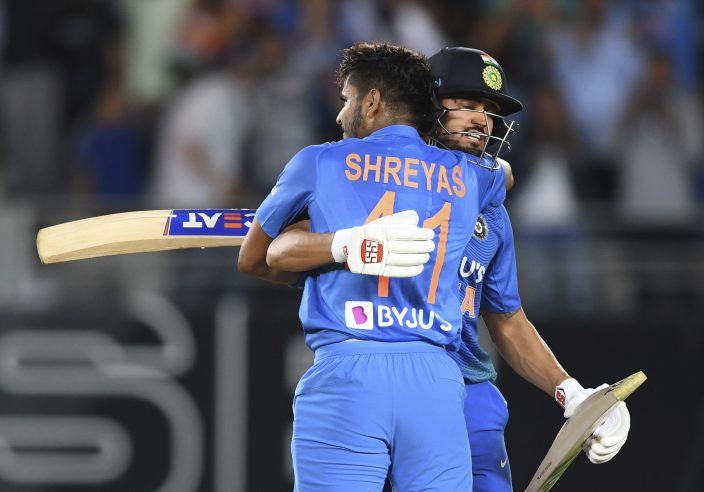 Iyer took full advantage of the famously short boundaries at Eden Park, striking five fours and three sixes to steer India to its winning target with a full over to spare.

India came to the 19th over needing 18 runs to win. Iyer hit a six off the first ball from Tim Southee, hit a four from the next ball to reach his second half-century in T20 internationals, and knocked off all 18 runs to guide India to 204-4.

"It's really amazing coming from overseas after a little home tour," Iyer said. "It's a great feeling to win the game and be not out, especially. 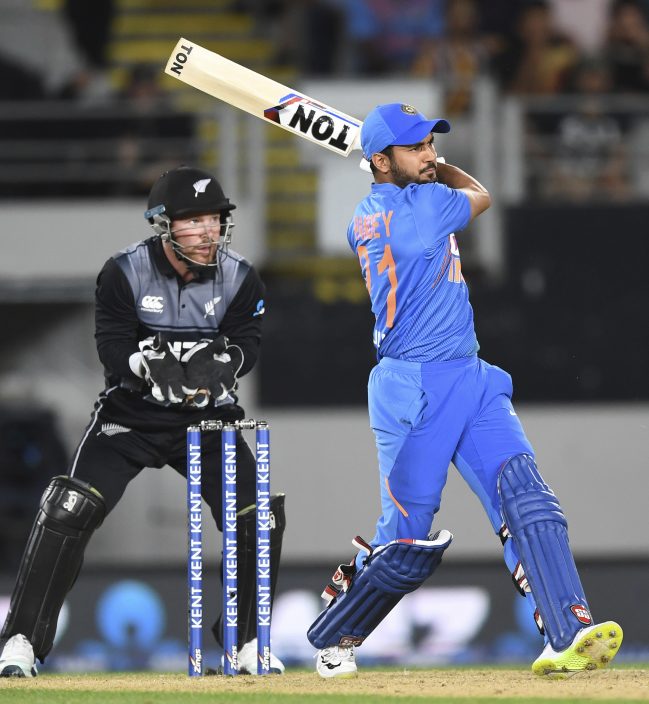 "We had lost two quick wickets in succession and it was really important for us to build a partnership at that point of the game because we knew the boundaries are a little bit short and we could cover the run-rate any time. That's what we had communicated in the team and fortunately it worked out."

Colin Munro (59), Kane Williamson (51) and Ross Taylor (54 not out) made half-centuries as New Zealand scored at a consistently high rate throughout its innings to surpass 200.

Munro and Martin Guptill (30) put on 80 for the first wicket in only 7.5 overs. New Zealand lost two quick wickets but Williamson restored its momentum in a mid-innings stand of 71 with Taylor, then the veteran Taylor finished off a strong batting performance with his first T20 half-century in six years.

"We always know coming to Eden Park, it's not easy to defend," Williamson said. "They certainly showed their class in chasing down that total.

"We knew batting first we were going to have to get a good score on the board and we were able to do that, but with the ball in hand we need a few wickets early to get ahead of the game."

India 122-5 at tea in 1st test against New Zealand