What to watch out for in the leading soccer competitions in Europe this weekend:

Ole Gunnar Solskjaer's future is back under scrutiny after Manchester United's back-to-back losses in the Premier League, and the pressure will ratchet up if his team is eliminated from the FA Cup by a third-tier opponent on Sunday. 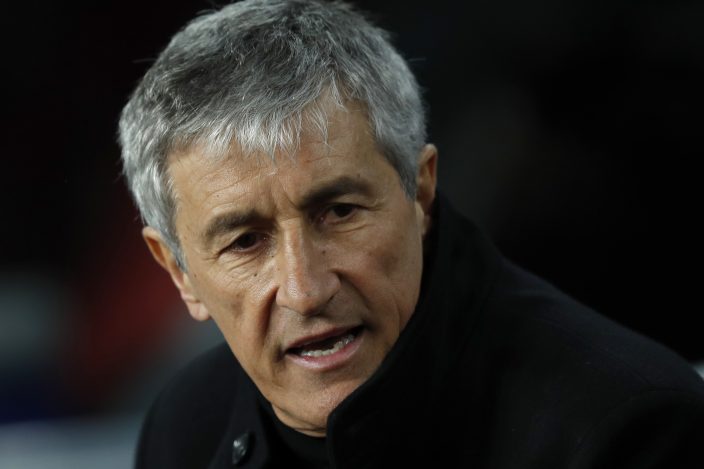 Solskjaer was in bullish mood Friday, saying he was “not going to change” and that he retains the trust of the club's ownership after United's bruising losses at Liverpool and then at home against Burnley, during which fans vented their anger at the Glazer family and executive vice chairman Ed Woodward.

“You've got to be stronger mentally, probably, than anywhere else in the world,” Solskjaer said. “I feel I am. The club is strong.”

Losing to Tranmere would seriously test the patience of supporters and those high up at the club, however, and the fourth-round match has all the ingredients of a tough test for United. Tranmere is from Liverpool, a rival city to Manchester in northwest England, and its team is fired up to take down a second Premier League team in three days after beating Watford 2-1 after extra time on Thursday. 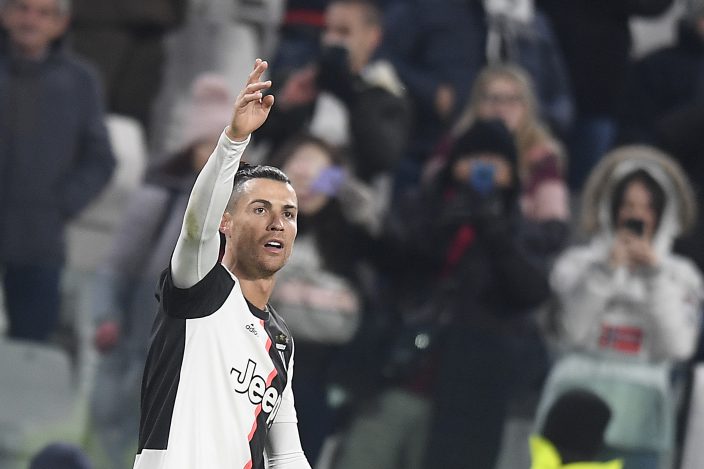 Juventus' Cristiano Ronaldo celebrates after scoring against Parma during an Italian Serie A Soccer match at the Allianz Stadium in Torino, Italy, Sunday, Jan. 19, 2020. (Fabio FerrariLaPresse via AP)

Then there's the playing surface at Tranmere's Prenton Park, which resembled a quagmire against Watford after recent rain in the area and needed to be heavily sanded to allow the game to take place. It's far from the ideal surface for a bunch of United players already with heavy legs after a busy run of games across three competitions this month.

Opportunities for silverware are running out for United this season, and Solskjaer has fielded strong lineups in the FA Cup. United needed a replay to get past Wolverhampton Wanderers in the third round.

Liverpool manager Jurgen Klopp is likely to send out a young and largely second-string team for a match at third-tier club Shrewsbury on Sunday, when defending champion Manchester City hosts second-tier team Fulham.

Barcelona visits Valencia on Saturday seeking a win to stay in first place in the Spanish league and give a boost to new coach Quique Setién.

Barcelona has struggled to score goals in harder-than-expected wins over Granada in the league and a third-tier opponent in the Copa del Rey in its first two matches under Setién.

Lionel Messi will return for Barcelona after sitting out the midweek match at Ibiza in the cup competition.

Atlético Madrid hosts crosstown rival Leganés also on Sunday, three days after a humiliating elimination from the Copa del Rey at the ground of a third-tier rival.

Atletico is in third place, eight points behind the two frontrunners.

Juventus has opened a four-point lead over second-place Inter Milan, which hosts Cagliari earlier Sunday. Napoli has lost five of its last seven in the Italian league, although the southern club showed signs of improvement with a midweek elimination of Lazio in the Italian Cup.

On Friday, eighth-place AC Milan visits Brescia, which is without Mario Balotelli. The Italian was suspended for two matches after protesting a booking last weekend that ended up with the striker being sent off.

League leader Paris Saint-Germain travels to Lille on Sunday, where it fell to a 5-1 loss late last season in one of the club’s worst defensive performances in recent years.

Lille's attack is not quite so dangerous these days, though, after selling Nicolas Pepe to Arsenal in the offseason. The team is in fifth place, 18 points behind PSG, and lost to Lyon in the League Cup semifinals on Tuesday.

Lyon has started the new year well and looks to maintain its unbeaten run with a home win against last-place Toulouse on Sunday.

Marseille, which is eight points behind PSG in second place, plays Angers at home on Saturday.

Bidding to win an eighth straight Bundesliga title, Bayern Munich is four points behind first-place Leipzig heading into a home match against Schalke.

Bayern reinforced its defense by signing Alvaro Odriozola on loan from Real Madrid on Wednesday.

Leipzig plays on the same day against Frankfurt, which is struggling in 11th place and hasn't found consistent form this season after selling striker Luka Jovic to Real Madrid.

Third-place Borussia Mönchengladbach also plays Saturday and needs to regain its strong early-season form after a recent slump. Gladbach has won only one of its last four Bundesliga games going back to mid-December.

What to watch in Europe's top soccer leagues