A new poll shows Americans are more likely than not to support President Donald Trump’s decision to order a drone strike that killed an Iranian general, even amid widespread skepticism about his foreign policy overall.

The poll by The Associated Press-NORC Center for Public Affairs Research was taken about two weeks after the Jan. 3 strike that killed Gen. Qassem Soleimani in Iraq. It found that 41% of Americans approved of the action while 30% disapproved of it. The rest didn't express an opinion either way.

Soleimani was killed shortly after arriving at the Baghdad airport. Iran responded five days later by firing a barrage of missiles at bases in Iraq where U.S. troops are stationed, causing injuries but no deaths. The exchange sparked fears of a new Middle East war, but both sides then stood down. 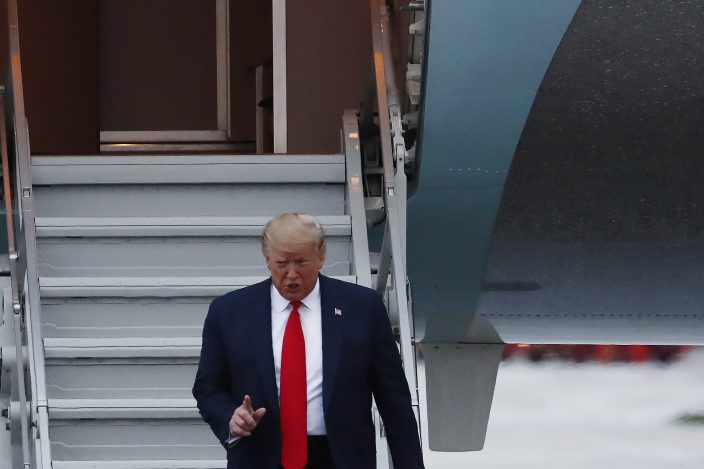 That lack of escalation could explain some of the support for the strike, said Trita Parsi, executive vice president of the Quincy Institute.

“There was a fear that this could lead to an all-out war between the U.S. and Iran and, because it didn’t, the assessment of whether it was good or bad shifts a bit,” said Parsi, whose “trans-partisan” think tank advocates for diplomacy and military restraint in the Middle East.

The poll results are mixed for Trump, with support for killing the general not translating into a corresponding increase in approval of his handling of foreign affairs. 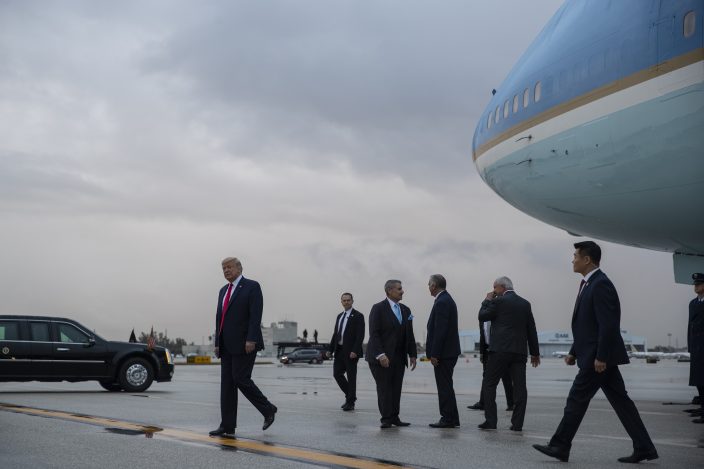 The poll showed 59% disapproved of the Republican president's handing of foreign policy, similar to the percentage who said that in October 2019 and well above the 43% who disapproved of his job handling the economy.

Trump's approval rating for foreign policy is similar to views on how he’s handling his job as president overall.

To a certain extent, public opinion on the killing of Soleimani, who U.S. officials say led campaigns that have killed hundreds of American troops and was planning further attacks, tracked with attitudes toward the president overall. Republican support for the decision is overwhelming, with 80% approving and just 5% disapproving of the decision. Among Democrats, 15% approve and 53% disapprove.

“It does show there are repercussions for inciting violence against the U.S.,” said Andrew Heater, a Trump supporter who lives near South Bend, Indiana. “I don’t really like violence, and I don’t really believe in it, but I feel it’s been a one-way street and we continually get pushed around.”

On the other side was South Florida resident Lauren Schulman, who blamed Trump for creating conflict with Iran with his 2018 unilateral withdrawal from the international agreement that removed sanctions on the country in exchange for curbs on its nuclear program. She suspects the strike against the general was intended to distract from Trump's impeachment and other issues at home.

“I just think that Trump just does this stuff to distract every time something comes up with him, which is pretty much every day," Schulman said. "I just don’t think there was anything to it.”

The poll showed Americans largely pessimistic about U.S. foreign policy. Close to 50% of Americans expect relationships with traditionally hostile nations to worsen in the coming year, and roughly 40% also expect a decline both in the country's relationships with allies and in U.S. standing around the world.

About 67% of Democrats think that U.S. relationships with traditionally hostile nations will worsen. On this, about 25% of Republicans agree, although Republicans are still more likely to expect these relationships to improve or stay the same.

The poll shows that 56% of Americans, both Republicans and Democrats, are extremely or very concerned about Iran’s nuclear program. That’s an increase from a year ago, when 48% said they were highly concerned.

Parsi agrees with those who think the situation will worsen. The U.S. is putting increasing economic pressure on Iran — adding new sanctions on Thursday — and the Iranians are increasing their stockpiles of enriched uranium and continuing support for proxy forces in Iraq, Syria and elsewhere. A new crisis could emerge at any time.

“I think we are right now in a bit of an illusory lull in which people are under the perception that tensions have reduced when in reality it is just a temporary pause," Parsi said. "The actual driving forces of this conflict have not changed and not let up.”

The AP-NORC poll of 1,353 adults was conducted Jan. 16-21 using a sample drawn from NORC's probability-based AmeriSpeak Panel, which is designed to be representative of the U.S. population. The margin of sampling error for all respondents is plus or minus 3.6 percentage points. Respondents were first selected randomly using address-based sampling methods and later were interviewed online or by phone.

Harry Reid: Brokered convention 'not the end of th ...

The president of South American so ...