The billionaire daughter of a former African leader is shedding some of her investments in Europe after she came under official investigation for alleged money-laundering and corruption.

Isabel dos Santos has invested heavily in recent years in Portugal, the former colonial ruler of her homeland Angola. But amid a widening scandal over her business dealings, Portuguese engineering company Efacec announced Friday she is selling her 70% stake in the firm.

Since the scandal erupted earlier in the week Dos Santos, reputedly Africa's richest woman, has also agreed to sell her stake in Portuguese bank EuroBic, though she has denied any wrongdoing in her business affairs. 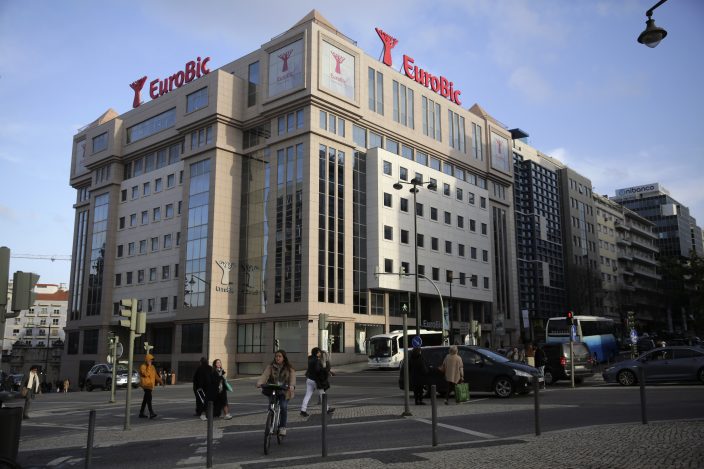 People walk past the building of Lisbon-based bank EuroBic in Lisbon, Thursday, Jan. 23, 2020. The head of private banking at EuroBic, who was named in a major Angolan money-laundering and corruption scandal, has died in an apparent suicide at home in Lisbon, police said Thursday. (AP PhotoArmando Franca)

Three people close to Dos Santos have also quit their non-executive seats on the board of Portuguese telecoms company NOS, where she has a significant investment.

Dos Santos also has an important stake in national energy company Galp Energia, The company has not made any official comment about its relationship with her.

Dos Santos was appointed head of Sonangol by her father, Jose Eduardo dos Santos, before he stepped down in 2017 after 38 years in power.

The Bank of Portugal and the Lisbon stock market regulator say they are looking into Dos Santos' Portuguese investments after the International Consortium of Investigative Journalists earlier this week accused her of using “unscrupulous deals” to build her fortune, estimated at $2 billion.

After sifting through more than 715,000 confidential financial and business records provided by the Platform to Protect Whistleblowers in Africa, an advocacy group based in Paris, the consortium detected more than 400 companies and subsidiaries in 41 countries linked to her or her husband, Sindika Dokolo.

Nolan Arenado ready to get to work with Rockies _ for n ...

'I did it': Portugal hacker says he exposed African tycoon