The New Orleans Saints are going to court to keep the public from seeing hundreds of emails that allegedly show team executives doing public relations damage control for the area's Roman Catholic archdiocese to help it contain the fallout from a burgeoning sexual abuse crisis.

Attorneys for about two dozen men suing the church say in court filings that the 276 documents they obtained through discovery show that the NFL team, whose owner is devoutly Catholic, aided the Archdiocese of New Orleans in its “pattern and practice of concealing its crimes.”

“Obviously, the Saints should not be in the business of assisting the Archdiocese, and the Saints' public relations team is not in the business of managing the public relations of criminals engaged in pedophilia," the attorneys wrote in a court filing. "The Saints realize that if the documents at issue are made public, this professional sports organization also will be smearing itself."

The Saints organization and its attorneys emphatically disputed any suggestion that the team helped the church cover up crimes. In a statement Friday, the Saints said the archdiocese sought its advice on how to handle media attention that would come from its 2018 release of its list of more than 50 clergy members “credibly accused” of sexual abuse.

“The advice was simple and never wavering. Be direct, open and fully transparent, while making sure that all law enforcement agencies were alerted,” the team said.

The team added that it has “no interest in concealing information from the press or public” and that it “merely requested the court to apply the normal rules of civil discovery.” However, attorneys for the Saints argued in court papers this month that the 2018-19 emails were intended to be private and should not be “fodder for the public.” 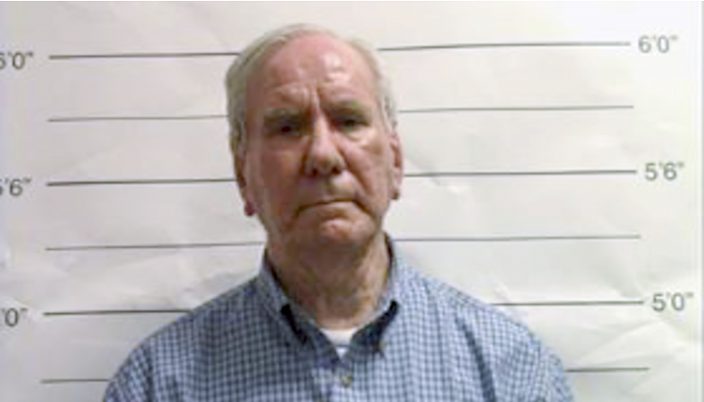 The archdiocese is also fighting the release of the emails.

The National Football League, which was advised of the matter by plaintiffs' attorneys because the Saints' emails used the team's nfl.com domain, has not commented on the case. NFL policy says everyone who is a part of the league must refrain from “conduct detrimental to the integrity of and public confidence in” the NFL.

A court-appointed special master is expected to hear arguments in the coming weeks on whether the communications should remain confidential. 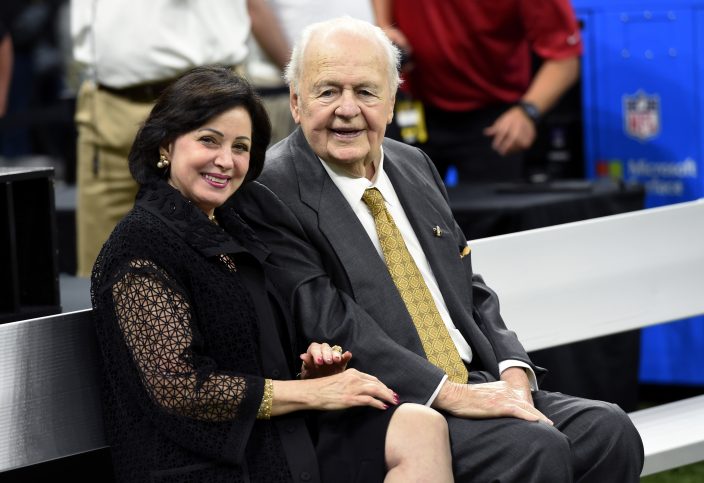 FILE - In this Sept. 17, 2017, file photo, New Orleans Saints owner Tom Benson sits on the sideline with his wife, Gayle Benson, before an NFL football game in New Orleans. Attorneys for several men suing the Roman Catholic church say documents they obtained through discovery show that the New Orleans Saints team aided the Archdiocese of New Orleans in its “pattern and practice of concealing its crimes.” (AP PhotoBill Feig, File)

The Associated Press, which has extensively covered clergy sexual abuse in a series of stories over the past year, filed a motion with the court supporting the release of the documents as a matter of public interest.

“This case does not involve intensely private individuals who are dragged into the spotlight,” the AP argued, “but well-known mega-institutions that collect millions of dollars from local residents to support their activities."

Ties between local church leaders and the Saints include a close friendship between New Orleans Archbishop Gregory Aymond and Gayle Benson, who inherited the Saints and the New Orleans Pelicans basketball team when her husband, Tom Benson, died in 2018. The archbishop was at Gayle Benson's side as she walked in the funeral procession.

Gayle Benson has given millions of dollars to Catholic institutions in the New Orleans area, and the archbishop is a regular guest of hers at games and charitable events for the church.

Attorneys for the men suing the church say “multiple” Saints personnel, including Senior Vice President of Communications Greg Bensel, used their team email to advise church officials on “messaging” and how to soften the impact of the archdiocese's release of the list of credibly accused clergy.

"The information at issue bears a relationship to these crimes because it is a continuation of the Archdiocese's pattern and practice of concealing its crimes so that the public does not discover its criminal behavior," the plaintiffs' attorneys wrote. “And the Saints joined in.”

Attorneys for the Saints acknowledged in a court filing that the team assisted the archdiocese in its publishing of the list but said that was an act of disclosure — "the opposite of concealment.”

In its statement, the team its executives and ownership “remain offended, disappointed and repulsed by the actions of certain past clergy. We remain steadfast in support of the victims who have suffered and pray for their continued healing.”

A handful of Saints emails that emerged last year in the clergy abuse litigation included an October 2018 exchange in which Bensel asked an archdiocese spokeswoman whether there might be “a benefit to saying we support a victims right to pursue a remedy through the courts.”

“I don't think we want to say we ‘support’ victims going to the courts,” Sarah McDonald, the archdiocese's communications director, replied, “but we certainly encourage them to come forward.”

The fight over the emails is part of a flurry of claims filed against the archdiocese over its employment of George F. Brignac, a longtime schoolteacher and deacon who was removed from the ministry in 1988 after a 7-year-old boy accused him of fondling him at a Christmas party. That accusation followed claims that Briganc abused several other boys, including one case that led to his acquittal in 1978 on three counts of indecent behavior with a juvenile.

Church officials permitted Brignac, 85, to act as a lay minister until local news accounts of his service in 2018 prompted his ouster and an apology from the archdiocese. The AP last year reported that Brignac, despite his supposed defrocking, also maintained access to schoolchildren and held leadership roles as recently as 2018 in the Knights of Columbus.

Following a new wave of publicity — in which Brignac told a reporter he had touched boys but never for “immoral purposes" — Brignac was indicted last month on a rape charge that could land him behind bars for the rest of his life. The prosecution came more than a year after a former altar boy told police that Brignac repeatedly raped him beginning in the late 1970s. Police said the abuse began when the boy was 7 and continued until he was 11.

The archdiocese, meanwhile, has settled several lawsuits against Brignac and included the former deacon on its credibly accused list.

A lawyer for the archdiocese, E. Dirk Wegmann, said earlier this month that the plaintiffs' attorneys seeking the release of the emails are engaged in a “proverbial witch hunt with respect to decades-old abuse” and want to give the messages to the media to “unfairly try to tar and feather the archdiocese.”

Israel finds itself in a familiar ...