Dershowitz and Starr, both prominent lawyers, are expected to play key roles when Trump’s legal team begins presenting its defense on Saturday. Over the course of their legal careers, both have proven no strangers to controversy.

Dershowitz, a Harvard law professor emeritus, helped O.J. Simpson win acquittal on murder charges, labeled a woman who was raped by boxer Mike Tyson as “hardly the naive virgin she pretended to be,” and famously defended “Queen of Mean” hotelier Leona Helmsley on tax evasion charges. 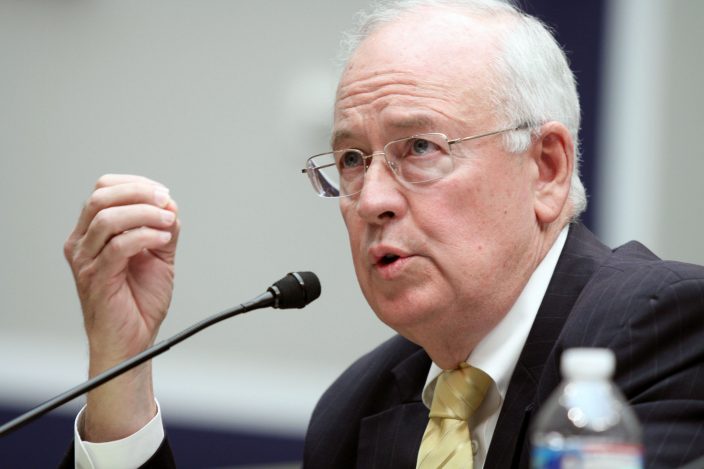 FILE - In this May 8, 2014, file photo, then Baylor University President Ken Starr testifies at the House Committee on Education and Workforce on college athletes forming unions. in Washington. President Donald Trump's legal team will include former Harvard University law professor Alan Dershowitz and Ken Starr, the former independent counsel who led the Whitewater investigation into President Bill Clinton, according to a person familiar with the matter. The team will also include Pam Bondi, the former Florida attorney general. (AP PhotoLauren Victoria Burke, File)

Starr, a former solicitor general and federal appeals court judge, is best known as the independent counsel who made public the graphic details of President Bill Clinton’s sexual encounters with a White House intern that led to his impeachment. Starr later was forced out of his job at Baylor University amid allegations that the university had mishandled several cases in which football players were accused of attacking women.

In the lead-up to Trump’s impeachment trial, both attorneys have faced some of the toughest scrutiny of their careers for their connections to Epstein.

Epstein, a hedge fund manager who worked with the super wealthy, over the years socialized with Trump, Clinton and Britain’s Prince Andrew. 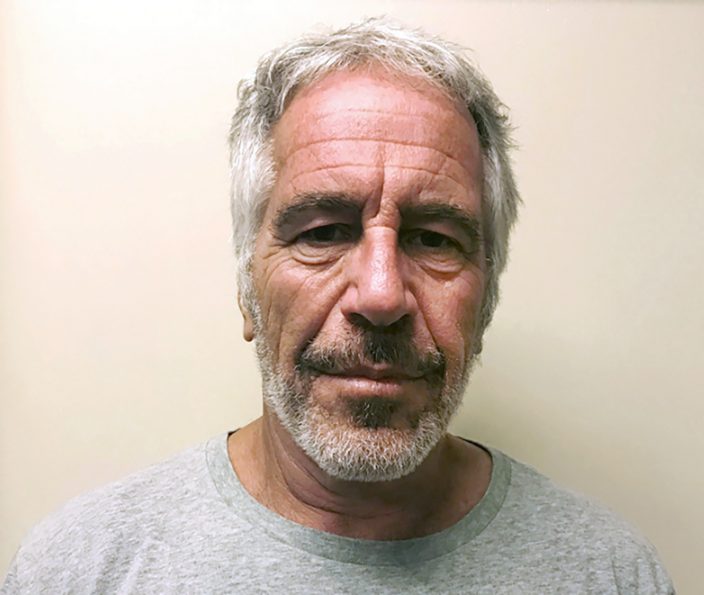 He killed himself in August while in federal custody as he awaited trial on a new set of federal sex trafficking charges that could have sent him to prison for life. The handling of his case in earlier years raised questions about whether Epstein had been handled by authorities with kid gloves, because of his status, wealth and powerful connections.

Dershowitz, in an interview with the AP, said he expected the scrutiny over his representation of Epstein and had spoken to the president about it before he was hired. Trump insisted to him that he is unbothered by the Epstein connections, the lawyer said.

“He said he’s fully aware of it, and it shouldn’t be a factor,” Dershowitz said. “He said it was not an issue for him.”

Lawsuits and news reports have detailed how Eptein’s legal team helped him win the controversial plea agreement that led to the financier serving only a 13-month sentence on state prostitution charges instead of facing more serious federal charges for sex abuse. Epstein was permitted to participate in a work-release program that allowed him to go to his office six days a week for 12 hours a day as he served his sentence.

Legal analysts said they are not surprised that Trump was undeterred by the Epstein connections.

“It goes back to Trump’s line about shooting someone on 5th Avenue,” said Carl Tobias, a University of Richmond law professor, referring to Trump's 2016 remark as a candidate that he could do anything and not lose supporters. “Trump believes he can do anything he wants.”

Tobias said Starr and Dershowitz also were attractive candidates to Trump because they have been fixtures on Fox News, the president’s preferred cable news network, criticizing House Democrats for overreaching on impeachment.

The White House declined to comment about the attorneys’ Epstein connections, but in the past Trump has sought to minimize his own connections with the convicted sex offender.

Starr did not respond to requests for comment. In the past, he has vigorously defended the plea agreement that he and others on Epstein’s legal team negotiated.

In a letter to the New York Times in March, soon after federal authorities opened a new sex trafficking investigation of Epstein, Starr and three other attorneys on Epstein’s team argued that the 2008 case was correctly adjudicated by Florida authorities instead of the federal court because of the “absence of evidence that Mr. Epstein used the internet, traveled to a location away from his home for the purpose of having illegal sex, commercially trafficked women to others, engaged in force, fraud or coercion, used drugs or alcohol to entice young women who came to his house to exchange sexual massages for money.”

Federal authorities reopened their investigation of Epstein last January, and arrested him in July over allegations that he paid girls as young as 14 for sex and used them to recruit other girls between 2002 and 2005.

The charges came in the aftermath of reporting by the Miami Herald that raised questions about whether there was undue influence that tainted the earlier state and federal criminal investigations. A lawsuit brought by Epstein’s victims revealed that Epstein’s attorneys pressured Justice Department officials not to notify Epstein’s victims of the plea agreement.

Fresh media scrutiny of the case led to the resignation of Trump’s labor secretary, Alex Acosta, who was the U.S. attorney in South Florida when Epstein’s 2008 plea deal was negotiated.

One letter written by Starr and another attorney on Epstein’s legal team, Jay Lefkowitz, urged Acosta to hold off notifying victims of the plea deal until they could speak with the head of the Justice Department’s criminal division.

As for Dershowitz, Virginia Roberts Guiffre, who used to work for Epstein, has alleged in a civil lawsuit that she was ordered to have sex with the lawyer when she was 16 years old. Dershowitz has vigorously denied the charges and countersued Guiffre.

In his 2019 book, “Guilt by Accusation: The Challenge of Proving Innocence in the Age of #MeToo,” Dershowitz offers a detailed rebuttal to Guiffre. He states that meeting Epstein was “just about the worst thing that ever happened to me.” He was introduced to Epstein in late 1990s by their mutual friend Lynn Forester de Rothschild while vacationing on Martha’s Vineyard.

“I wish I had never laid eyes on him,” Dershowitz wrote. “I take full responsibility for becoming his acquaintance and lawyer, but I wish Rothschild had never asked me to meet him in the first place.”

Dershowitz said that over the next several years he would occasionally socialize with Epstein at parties, academic events and even a space shuttle launch. Epstein later hired him to serve on his legal team.

“I was a lawyer for Epstein and did what I should do as his lawyer,” Dershowitz said. “Because I did nothing wrong, I’m not going to let it impact my life. ... I’m going forward, because I know I did absolutely nothing wrong.”

Dogs and their owners rescued from flooding in Wales

The curious case of Arsenal under Mikel Arteta

Atlético gets Morata, Costa back in time for Liverpool