They won their only U.S. Figure Skating Championship at the Coliseum in 2015, and they used a lively performance Friday to win the rhythm dance.

``We are different people than we were five years ago,'' Chock said. ``We're very proud of today's skate. It was free and spontaneous; that was the goal of ours. 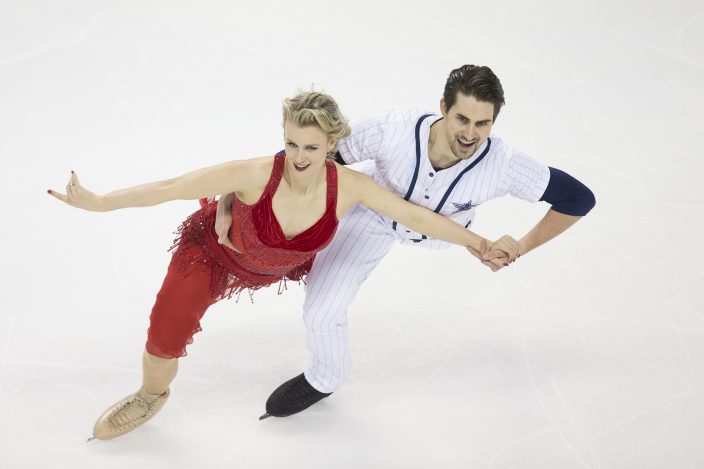 The couple missed the 2018-19 Grand Prix season when Chock underwent ankle surgery. But they returned to finish second at nationals to Madison Hubbell and Zach Donohue.

Now, they are on a roll that includes a second-place showing at the Grand Prix Final, where their long-time competitors, Hubbell and Donohue, placed third.

Yes, U.S. ice dance is in good shape with these two veteran teams. 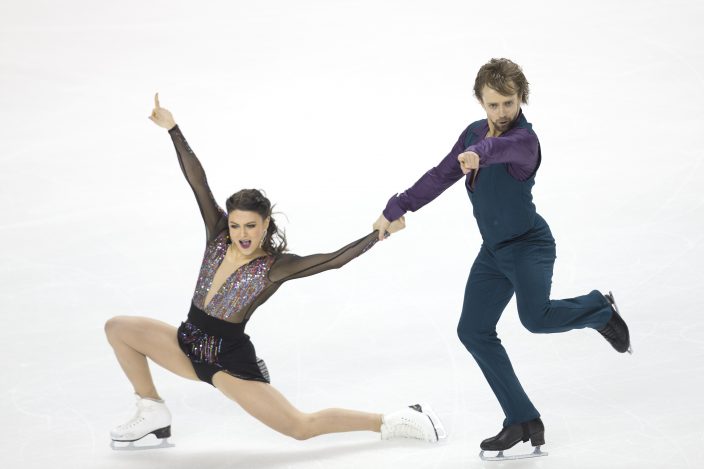 Chock and Bates, a couple off the ice, have been to the last two Olympics, finishing eighth in Sochi and ninth in Pyeongchang. They've hung around, hardly unusual in ice dance, and are on the verge of making this season their best. They haven't been worse than second in 2019-20.

``For a whole year we have been low and high, and now we are on a high,'' Chock added. ``We are hoping to continue on that trajectory.''

Hubbell, portraying Marilyn Monroe in a fiery red dress, and Donohue, as Joe DiMaggio in a baseball uniform — not a Yankees outfit for fear of copyright infringement — gave a fast-paced and highly energetic performance to ``My Heart Belongs to Daddy.'' They didn't quite capture the hearts of all the judges, and their 86.31 points were 1.32 behind Chock and Bates.

``We had three trips in the program,'' she said with a chuckle. ``You are hoping to get the kinks out here so we can perform better internationally.''

Two-time defending champs and bronze medalists in the 2018 Olympics team event, where they wound up fourth in ice dance, Hubbell and Donohue also own a silver and bronze at worlds and won the 2018 Grand Prix Final.

Third on the scorecards but probably first with the majority of the crowd that caught ``Saturday Night Fever'' from their routine to the Bee Gees were Kaitlin Hawayek and Jean-Luc Baker. They managed to cram many of the songs from the John Travolta classic into their program, and even stayed in character as they took their bows.

They also were here in 2015 and recalled how they, too, enjoyed the venue.

``We remember five years ago we were juniors and the crowd was amazing,'' she said. ``This year it was better and more amazing than last time.''

Coronavirus fear touches off a global run on face masks

Fear of the spreading coronavirus ...

Chen soars to personal best and US short program victory

Chen knows US skating history, doesn't need to hear about it

Biles leads US Championships despite somewhat off night

Mikulak surges to lead at US Gymnastics Championships