Sofia Kenin's breakthrough run at Grand Slam tournament has continued to the semifinals at the Australian Open.

The 21-year-old Kenin beat No. 78-ranked Ons Jabeur 6-4, 6-4 in the first match Tuesday on Rod Laver Arena. Both were playing in the quarterfinals at a major for the first time.

Jabeur, a 25-year-old Tunisian, was the first Arab woman to make it to the last eight at a major. 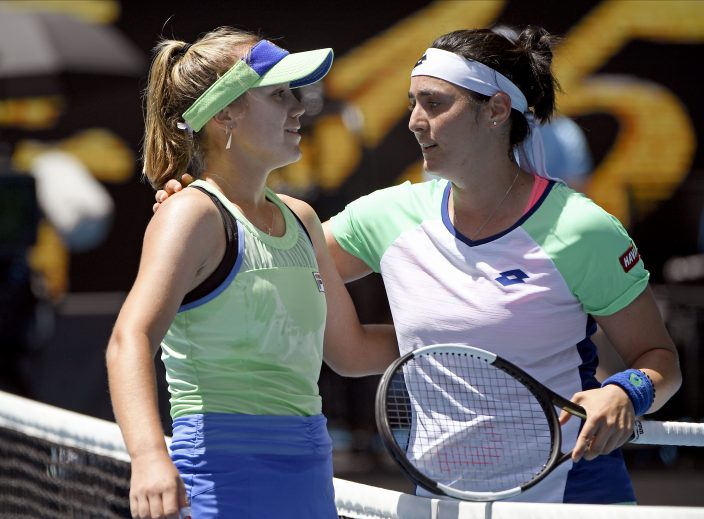 For Kenin, who was born in Moscow but moved to the United States as a baby and grew up in Florida, the degree of difficulty increased dramatically.

In the semifinals, she'll play either top-ranked Ash Barty, the French Open champion who is aiming to break an Australian drought at the national championship, or two-time Wimbledon champion Petra Kvitova, who reached the final here last year.

The 21-year-old Kenin planned to watch the match, which followed hers on Rod Laver Arena, and enjoy it. She didn't have a preference for who she plays next. 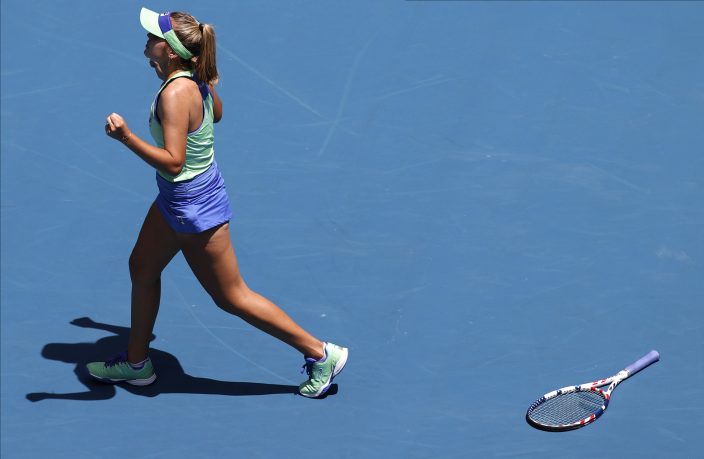 She finished the year ranked 14th, and could match No. 1 Barty in one category: they were tied for most hard-court wins on the women's tour last year with 38 wins each.

Kenin's run here included a comeback win in the third round against 15-year-old Coco Gauff, when she made only nine unforced errors across the second and third sets.

In the second set against Jabeur, she saved three break points in a long sixth game, then broke serve in the seventh game to set up the win.

“It was a tough moment," Kenin said. “I didn’t know it was 10 minutes (but) it was pretty long, the game. After that I got my momentum."

Bundesliga fans back in stadiums but tracking virus sta ...