So long in the shadows of other American tennis players, Sofia Kenin is into her first Grand Slam final at age 21 -- and she beat the woman ranked No. 1 to get there.

Kenin did it by never flinching, even when she twice was a single point from losing each set of her Australian Open semifinal against Ash Barty before pulling out the 7-6 (6), 7-5 victory on a stiflingly hot Thursday.

“This really wasn't an easy one,” said the 14th-seeded Kenin, who never had been past the fourth round at a major tournament until now. 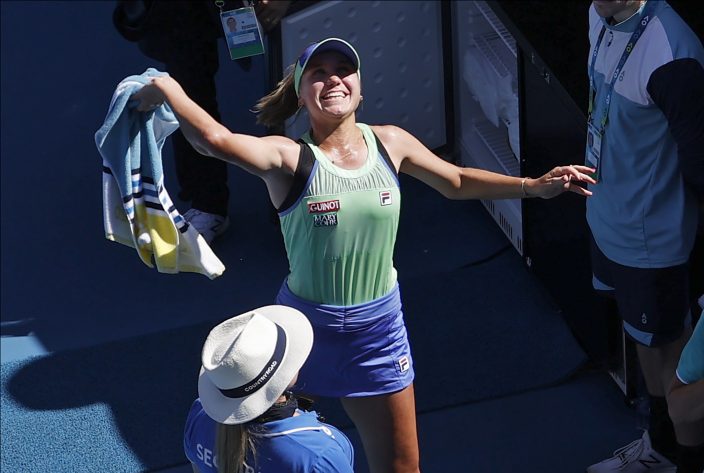 Sofia Kenin of the U.S. throws her towel into the crowd after defeating Australia's Ashleigh Barty in their semifinal match at the Australian Open tennis championship in Melbourne, Australia, Thursday, Jan. 30, 2020. (AP PhotoAndy Wong)

Kenin, who was born in Russia and moved to Florida as a baby, burst onto the scene in 2019 by winning three singles titles and upsetting Serena Williams in the third round of the French Open.

She didn't face a seeded player in this tournament until Thursday, but did eliminate 15-year-old sensation Coco Gauff in the fourth round.

This was not Barty's first foray onto this stage: She won the French Open last June, beating Kenin along the way. But Barty was hardly at her best, especially at the most crucial moments, perhaps overwhelmed by the task of trying to become the first Australian woman to reach the final of the country's Grand Slam tournament since 1980. 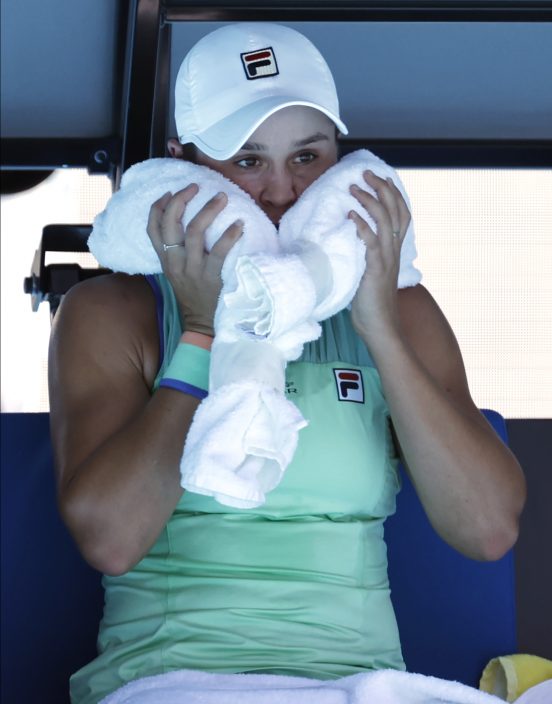 Australia's Ashleigh Barty cools down with an ice towel during her semifinal against Sofia Kenin of the U.S. at the Australian Open tennis championship in Melbourne, Australia, Thursday, Jan. 30, 2020. (AP PhotoDita Alangkara)

On Saturday, Kenin will go up against either No. 4 Simona Halep or unseeded Garbiñe Muguruza. That pair of two-time major champions and former No. 1s were to face each other in Thursday's second semifinal.

“I’m not even going to look,” Kenin said of the other semifinal. “I’m just going to relax and enjoy this moment. I’m just looking forward to the final.” 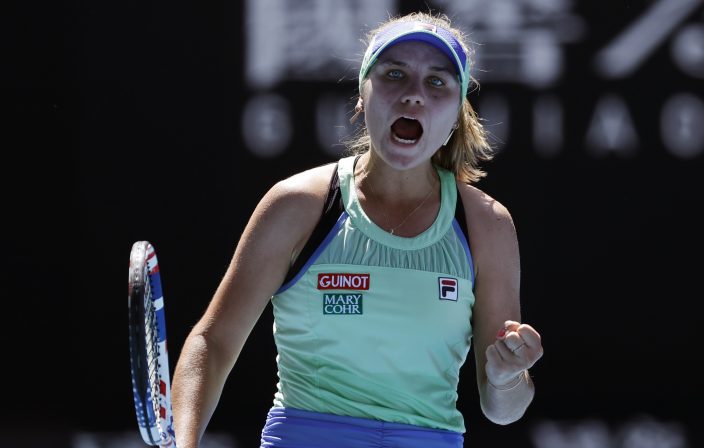 In the men's semifinals, defending champion Novak Djokovic was scheduled to play Roger Federer for the 50th time on Thursday night, with No. 5 Dominic Thiem meeting No. 7 Alexander Zverev in a matchup between 20-somethings on Friday night.

Barty and Kenin stepped out in Rod Laver Arena in the early afternoon under a cloudless sky and a vibrant sun. The temperature topped 100 Fahrenheit (38 Celsius) in the first set, 20 to 25 (10 to 15) degrees hotter than it's been for much of a chillier-than-usual 1½ weeks so far at Melbourne Park.

“It was tough. I haven’t played in this heat for two weeks (but) I expected it today,” Kenin said. “I’m from Miami. I’m used to this weather. The heat didn’t bother me.” 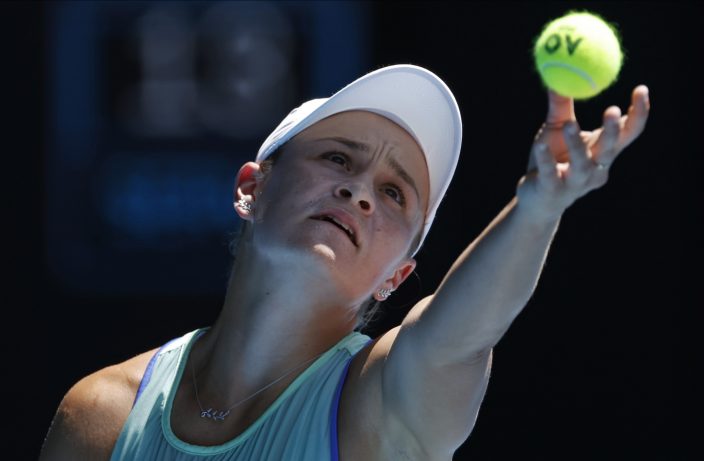 Barty braced herself by wearing an ice towel around her neck at changeovers.

In addition to making it uncomfortable for players and fans alike, the new conditions caused balls to zip through the air and fly off rackets, rendering it that much harder to control shots. Add that to jitters and iffy footwork at times from both women, and neither was at her best for much of the opening set.

Barty's one-handed slice backhand was not as reliable as it normally is. Kenin's movement and groundstrokes seemed to lack their usual verve. 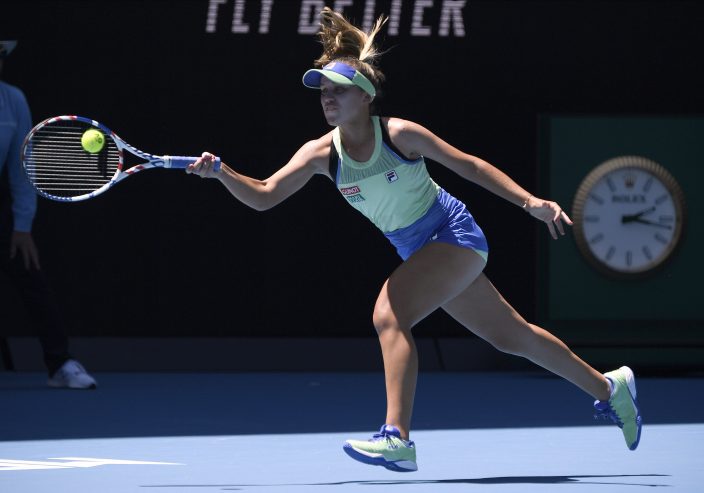 It took Kenin 43 minutes to register just one forehand winner, while 11 of her initial 14 points resulted from unforced errors by Barty.

Barty had nearly twice as many winners in the first set, 22-12, thanks in large part to her eight aces, and she gathered more total points, too: 46-44. But that doesn't matter at all in tennis, of course.

Barty was a point from taking that set when she went up 6-4 in the tiebreaker by slapping a 78 mph second serve with a forehand return winner, prompting Kenin to bounce her racket off the blue court and shake her head. 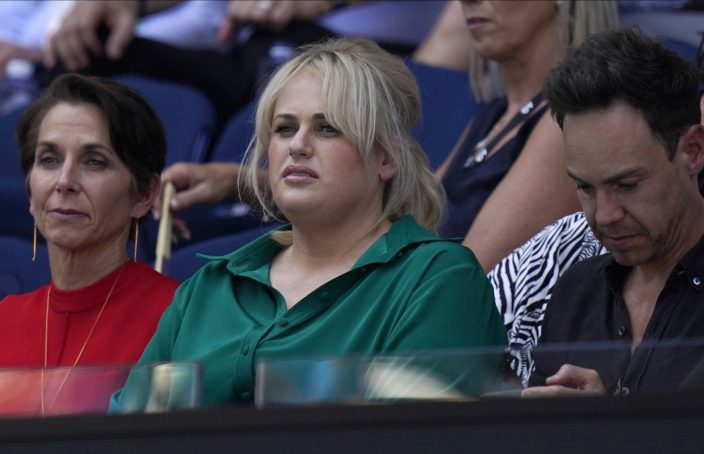 Maybe that helped her release some tension, because she wouldn't lose another point in the set.

Barty's first set point was wasted with a netted backhand, eliciting a collective "Awwwwww!" from the seats. The second was erased when Kenin ripped a good return, followed by a forehand that wrong-footed Barty. Another winner by Kenin, this one a swinging forehand volley, put her ahead 7-6 for her first set point. Barty then missed a runaround forehand, ending the set; Kenin shouted "Come on!"

Not ready to concede, Barty recovered quickly, earning the match's first break, 70 minutes in, en route to a 3-1 lead in the second set. That grew to 5-3, and she served for it at 5-4, but stumbled once more.