President Donald Trump on Friday will promote economic revitalization in low-income areas on his first trip outside of Washington since he was acquitted in the Senate impeachment trial.

Before leaving for North Carolina, Trump continued to air grievances about his impeachment ordeal, saying of Democrats: “I think there's a lot of evil on that side.” He also told reporters on the South Lawn before his departure that reports that acting White House chief of staff Mick Mulvaney is on his way out are “false.”

Trump was scheduled to deliver closing remarks at the North Carolina Opportunity Now Summit at Piedmont Community College in Charlotte. It's the first in a series of trips the president will be taking to promote opportunity zones, the White House said. 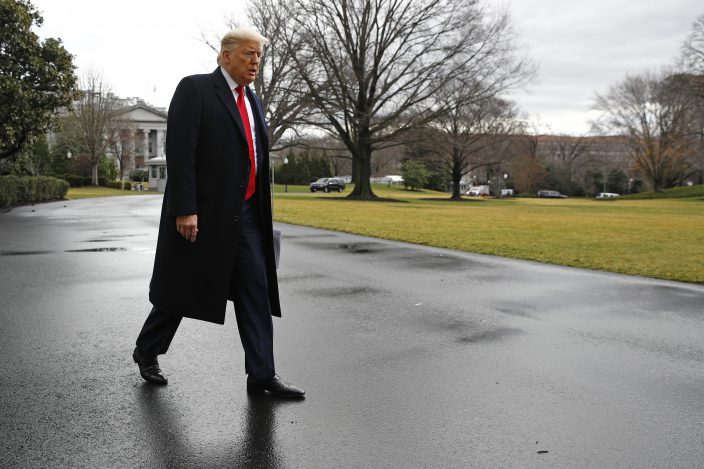 President Donald Trump walks to speak to members of the media on the South Lawn of the White House in Washington, Friday, Feb. 7, 2020, before boarding Marine One for a short trip to Andrews Air Force Base, Md., and then on to Charlotte, N.C. (AP PhotoPatrick Semansky)

Trump will spotlight help for thousands of neighborhoods around the country that were designated as opportunity zones under a tax-cut package he signed into law in 2017. Tax breaks are provided for certain investments in these lower income areas.

“It's all working,” Trump said Tuesday night as he highlighted opportunity zones in his State of the Union address.

As an example, Trump introduced an Army veteran from Cincinnati who turned his life around after getting a job with a construction company that invests in opportunity zones. 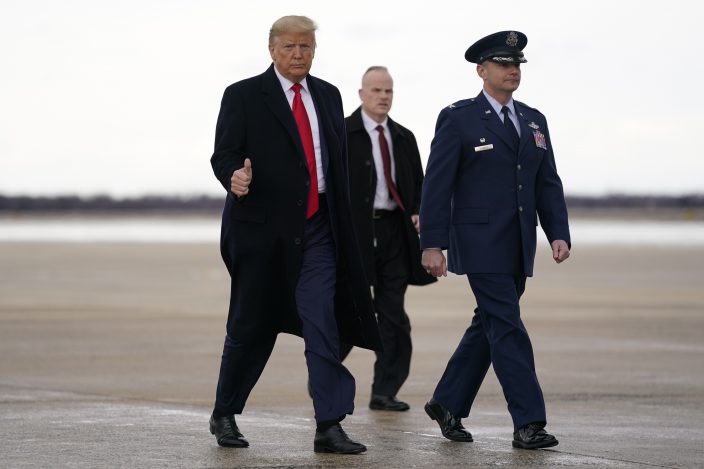 President Donald Trump gives the thumbs-up as he walks to boards Air Force One, Friday, Feb. 7, 2020, in Andrews Air Force Base, Md., for a trip to Charlotte, N.C. to attend the North Carolina Opportunity Now Summit. (AP PhotoEvan Vucci)

The Republican-controlled Senate voted Wednesday to acquit Trump on two articles of impeachment, one alleging abuse of power and the other accusing him of obstructing the work of Congress.

Trump will return to Charlotte in late August for the Republican National Convention, where he is expected to claim his party's nomination for president. 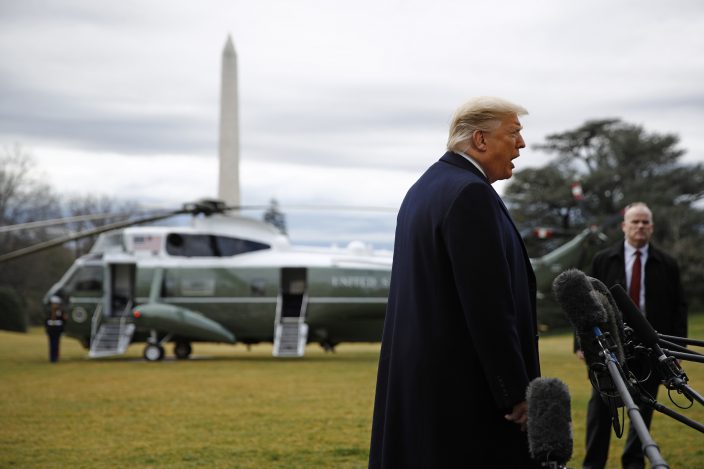 President Donald Trump speaks to members of the media on the South Lawn of the White House in Washington, Friday, Feb. 7, 2020, before boarding Marine One for a short trip to Andrews Air Force Base, Md., and then on to Charlotte, N.C. (AP PhotoPatrick Semansky)

Trump 'not concerned' as coronavirus cases rise in DC area