President Donald Trump claimed some of the credit Sunday as he congratulated America's governors for what he said is the “tremendous” yet sometimes difficult job they're doing leading their states.

“Most of the states, almost everyone has set a record,” Trump said at an annual black-tie event at the White House honoring the governors, who are in Washington for their annual winter meeting.

He attributed their performance to his leadership. 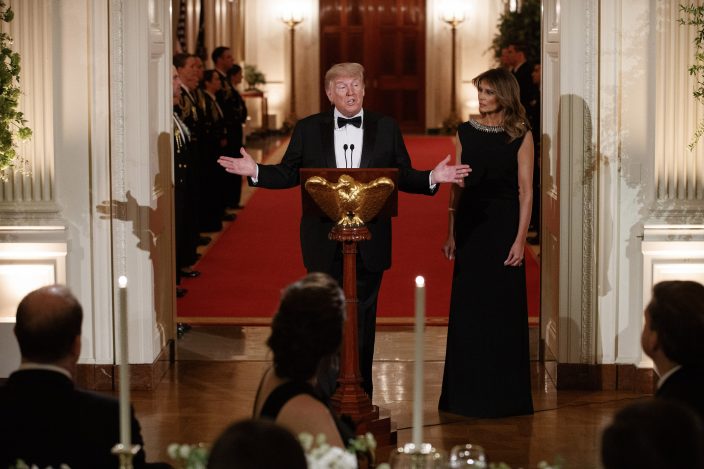 “The fact is you've all, I know you very well, you've done a tremendous job. It's not easy being governor,” Trump said. "You just look at the way our country's doing. We've never done as well as we're doing right now.”

Trump mentioned new trade deals with China and with Mexico and Canada, and earlier agreements with Japan and South Korea, telling the governors their states would reap the benefits.

Trump said he knows just about all the governors who attended. They included Louisiana Gov. John Bel Edwards, a Democrat who won a second term last year despite Trump's efforts to engineer his defeat. Also present was Maryland Gov. Larry Hogan, a moderate Republican who considered challenging Trump for the party's presidential nomination. Trump is extremely popular with the GOP base. Florida Gov. Ron DeSantis, who is close to Trump, scored a seat at the head table with the president and first lady Melania Trump.

“I know just about all of you and we argue a little bit, but 90% of the time we get along,” Trump said.

The governors will return to the White House for another session with Trump on Monday.

Trump 'not concerned' as coronavirus cases rise in DC area