Greece is planning to use emergency legal powers to create detention centers for migrants on five islands to try and speed up deportations back to Turkey, officials said Monday.

Areas have been earmarked to create the new facilities on Lesbos and four other islands in the eastern Aegean Sea to eventually replace existing camps that are severely overcrowded, government spokesman Stelios Petsas said.

"These closed facilities will be governed by strict rules and (limitations) for movement for the occupants," Petsas said. "Occupants will receive exit cards for controlled leave, while the structures will remain closed at night time." 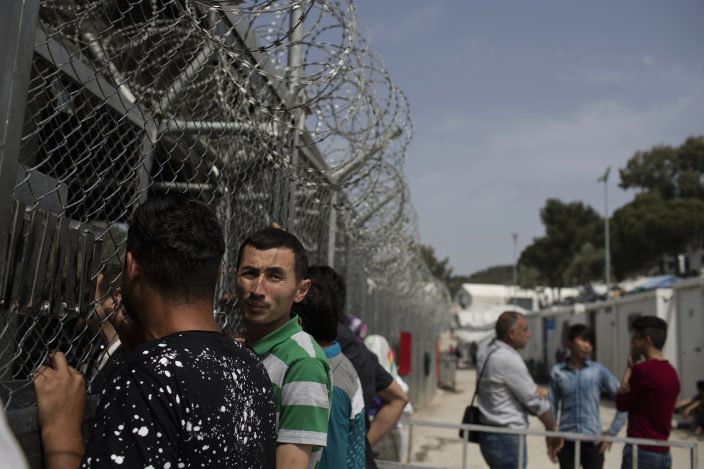 FILE - In this Friday, May 4, 2018 file photo, migrants and refugees wait outside the European Asylum Support Service offices inside the camp of Moria on the northeastern Aegean island of Lesbos, Greece. Greece's government says on Monday, Feb. 10, 2020 it is planning to use emergency legal powers to create detention centers for migrants on five Greece islands to try and speed up deportations back to Turkey. (AP PhotoPetros Giannakouris, File)

He said fast-track legislative procedures will be employed to build the sites — with the government issuing an emergency decree to be ratified by parliament at a later date.

No more details of the planned facilities were announced.

Nearly 60,000 people made the illegal crossing from Turkey to the Greek islands last year, according to the U.N. refugee agency, roughly double the rate recorded in 2017 and 2018. 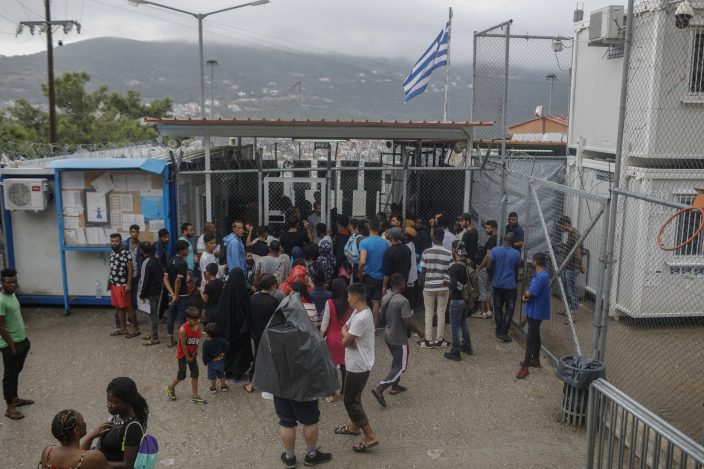 FILE - In this Wednesday, Sept. 25, 2019, file photo, refugees and migrants wait outside the information office at a refugee and migrant camp at the Greek island of Samos. Greece's government says on Monday, Feb. 10, 2020 it is planning to use emergency legal powers to create detention centers for migrants on five Greece islands to try and speed up deportations back to Turkey. (AP Photo Petros Giannakouris, File)

But only 391 migrants were deported to Turkey last year, in cases where asylum applications were rejected or not considered admissible. The government wants to increase that number to 200 deportations per week before the summer.

Greece already operates three closed facilities in the north of the country with a combined capacity of 880 places and is planning to expand a network of migrant camps throughout the mainland with the capacity of the facilities designed not to exceed 1% of the population of each administrative region.

Many non-government organizations and migrants themselves fear the tougher line being taken by the center-right government could further undermine their asylum process.

Among them is Madhi Fadil, a 25-year-old Moroccan migrant who is homeless in the northern city of Thessaloniki.

"We don't have a chance to have anything, not a place to live or a proper way to apply for asylum," Fadil told The Associated Press.

Runners still finding release on the road during corona ...